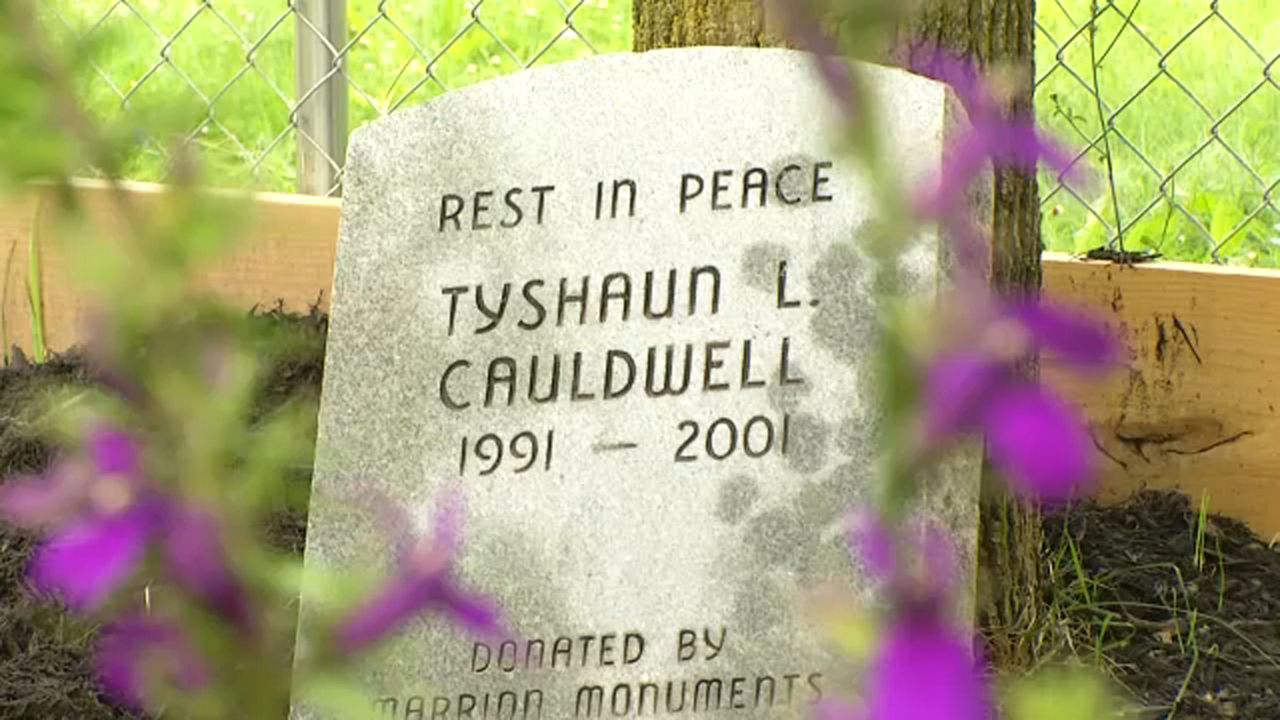 ROCHESTER, N.Y. — Twenty years after a 10-year-old Rochester boy was shot and killed, the effort to improve the community in his name continues.

A memorial garden has been planted in honor of Tyshaun Cauldwell in the JOSANA neighborhood.

Several people were out digging and planting on Tuesday, getting their hands dirty and learning about the environment.

Flower City Habitat for Humanity and the Seneca Park Zoo Society teamed up to create the memorial garden. It honors 10-year-old Cauldwell, who died at that location after being hit with a bullet.

"We are not focusing on this tragedy, but what we have done as a community as a result of that," said president and CEO of Flower City Habitat, Matt Flanigan.

Since the tragedy, the effort to improve the neighborhood moved forward in Cauldwell's name, with Habitat for Humanity now building its 100th house here.

"To help create this garden in celebration of a life cut way too short, to have our young people involved in it, it's an incredibly emotional day and a powerful day," said the president and CEO of Seneca Park Zoo Society, Pamela Reed Sanchez.

Neighbors are pleased to see the plants and flowers.

"It was nice of them to do that," said Velver McFadden, who lives two doors away.

The flowers now bloom at the very location of the crime scene twenty years ago where Cauldwell was shot and killed by a stray bullet in front of his family.

Patricia Johnson is Tyshaun's aunt. She says the last 20 years have been challenging and she recognizes the continued and increased violence in the city so many years after the loss of her nephew.

"Yes all over.... I'd like to see less violence around,” Johnson said. “That would be nice.”

But she is pleased with the memorial garden.

Tyshaun attended School 17. Its students will be able to visit and learn in the garden. The school's incoming principal hopes it will be a safe place for students, families and the community as a whole.

"A place in which students can engage in conversations, along with adults and start to kind of navigate what's currently going on within our community as a whole,” said Dr. Carlos Coto. “With the ultimate intent of changing what's been taking place within this community and having students have an active voice within that.”

In Tyshaun's memory, his aunt sends a message to the community.

"Just keep the peace, you know,” she said. “Do what's right and try to live right."