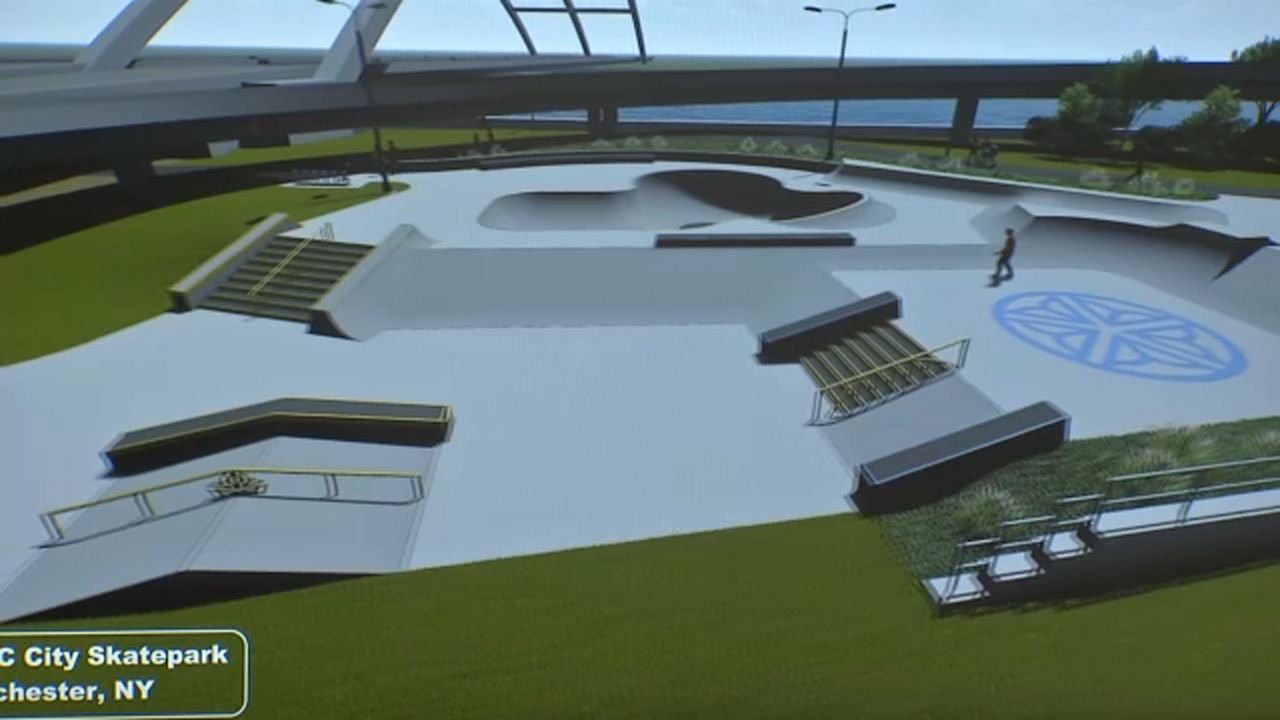 It's been in the works for years, but now construction will officially get underway on Rochester's first-ever outdoor skate park.

Last week, the Rochester Riverside Convention Center North Terrace opened to the public and now, on Wednesday, officials broke ground on the park.

Talk of a skate park in the downtown area first started nearly a decade ago. According to the city's website, of the 125 largest cities in the country, Rochester is the only one without a public skate park.

It has since become part of the ongoing Roc the Riverway project. The 26,000 square foot park will be built under and next to the Frederick Douglass-Susan B. Anthony Memorial Bridge.

The project is being supported by the Tony Hawk Foundation's Built to Play Skatepark program. It's expected to be completed by fall 2020.

Two Roc the Riverway projects have already opened. The skate park is next on a list of 14 new projects included in the bigger plan.