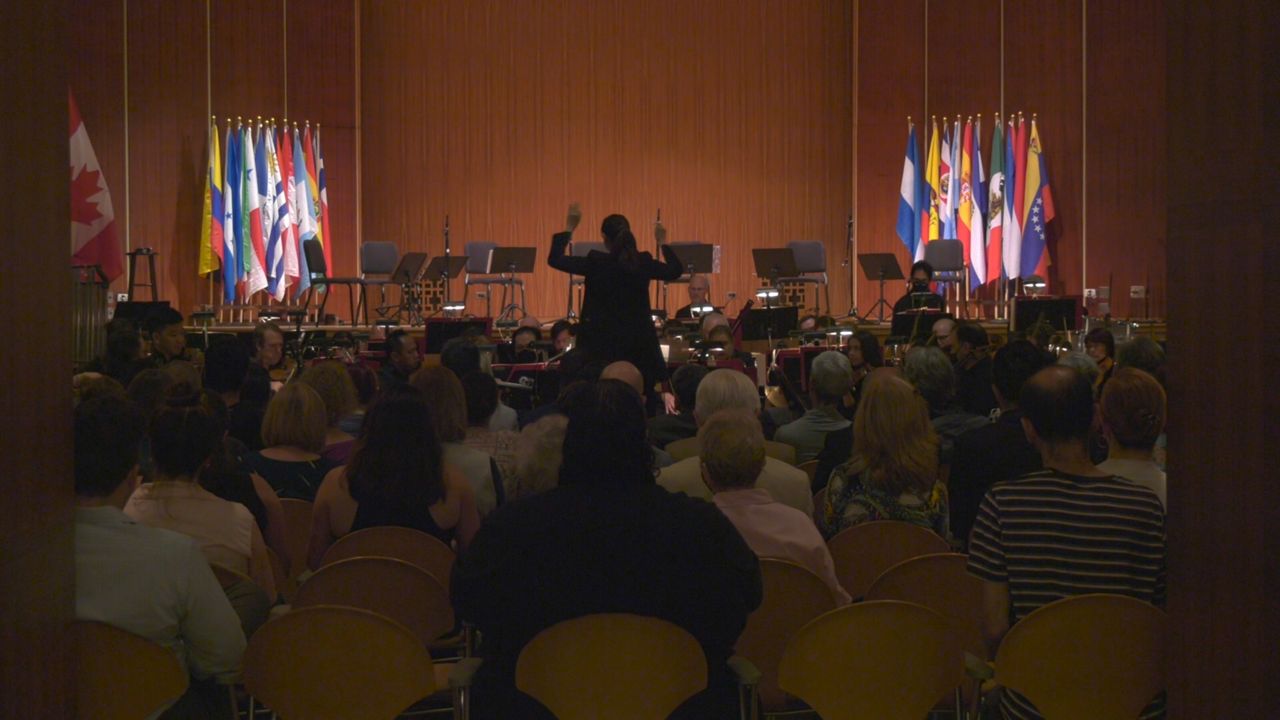 ​​BUFFALO, N.Y. — ​Music is a language that can bring people together. This month, the Buffalo Philharmonic Orchestra used it as a way to celebrate Hispanic heritage.

“You hear the little cadences that are almost like music when we talk, and rhythm and percussion and joy is everywhere,” said classical guitarist Ricardo Saeb.

He took part in a musical love letter to Hispanic cultures put on by the BPO.

“We will have pieces from Argentina, Colombia, Venezuela, Cuba, and Mexico, so it's I think it's a wonderful mix of cultures and music and tastes,” noted Fernanda Lastra, a conductor diversity fellow at BPO.

Lastra and Saeb are just two of the people bringing these sounds to the public.

“Hispanic Heritage Month is like putting all of these countries in a single box, but there's so much diversity in the culture, in the music, in the food,” said Saeb.

Their musical program looks to take you back in time, through hardships and triumphs.

“It's a beautiful combination of powerful resilience and nostalgia,” said Lastra.

It also looks to build connections by breaking down barriers.

“There has been a lot of bad publicity for the Hispanic people and immigrants in general," Saeb said. "I wanted to be part of a movement that shows how beautiful these cultures are and how we contribute to the overall community.”

The performance was Lastra’s conducting debut. A native Argentinian, she’s proud to bring her heritage to Kleinhans Music Hall.

“Behind all these cultures, behind the music is something that unifies us," she said.

That's something Saeb can relate to.

“There's no boundaries," he said. "You don't have to be Hispanic to understand the emotions conveyed in the music.”

The main performance was a nod to the past, with an eye to the future as students who are learning the music and its meaning took to the stage.

They're building a bridge that can connect people for years to come.

“It's part of our history," said Lastra. "I think it is important for every culture to preserve and to work towards giving to the next generations our history, our culture, or something that is unique just to us.”

The students who were performing are part of Hispanic Heritage Council's Guitar Initiative. It's a totally free class for kids ages 11 to 14 that meets on Mondays and Thursdays at the Belle Center.

To sign up or find out more, email Ricardo Saeb at hhc.guitar@hispanicheritagewny.com.