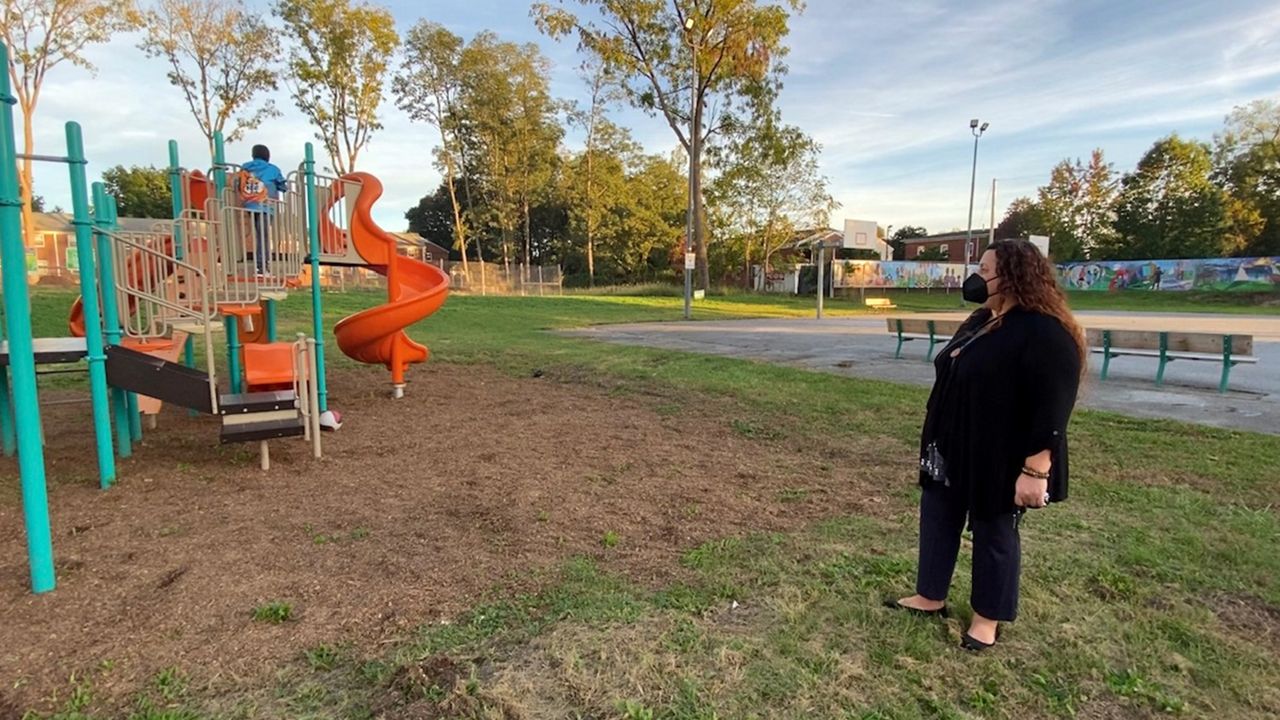 Pershing Avenue Park in Poughkeepsie looks like any ordinary playground. But look closer, and you'll see signs of neglect and disrepair: broken equipment, poor landscaping and even what appears to be a bullet hole in one of the structures.

"We've been here almost close to three years in Poughkeepsie, but ever since we arrived, there wasn’t really a place for my boys to go out and play," said Poughkeepsie mom Fatimah Martinez.

Martinez and her three sons live just a few blocks away, but they never come here.

"This park isn’t as big as the ones we usually go; this one’s more smaller," said Shell.

Martinez usually drives them to parks in other wards of the city.

"The violence we’re seeing in our community has been because not enough investment has been in our kids, and it starts with our parks.”

City officials tell Spectrum News 1 that there’s a plan to spend about $900,000 on Pershing Park alone, including renovations to the playground and basketball courts. But Martinez says investments aren’t enough; she wants the community come together to end violence, too.

"We owe our kids better … [the park is] a place where children should come feel safe again to build those memories, to create bonds with their friends; it's not a place where you come and handle street business," said Martinez.

Last month, Poughkeepsie Mayor Rob Rolison announced the “PKGO-Parks Plan,” a $4 million dollar investment in the city’s 18 parks that will include rebuilding and replacing aging equipment. Donations as well as funding from the city and federal governments will pay for upgrades to the parks.

Martinez is hopeful the changes will lead to improvements. For now, she says the changes can't come soon enough.

"Our future is in our children. If we're not investing in them, then they're going to grow up to be adults that are also broken," said Martinez.