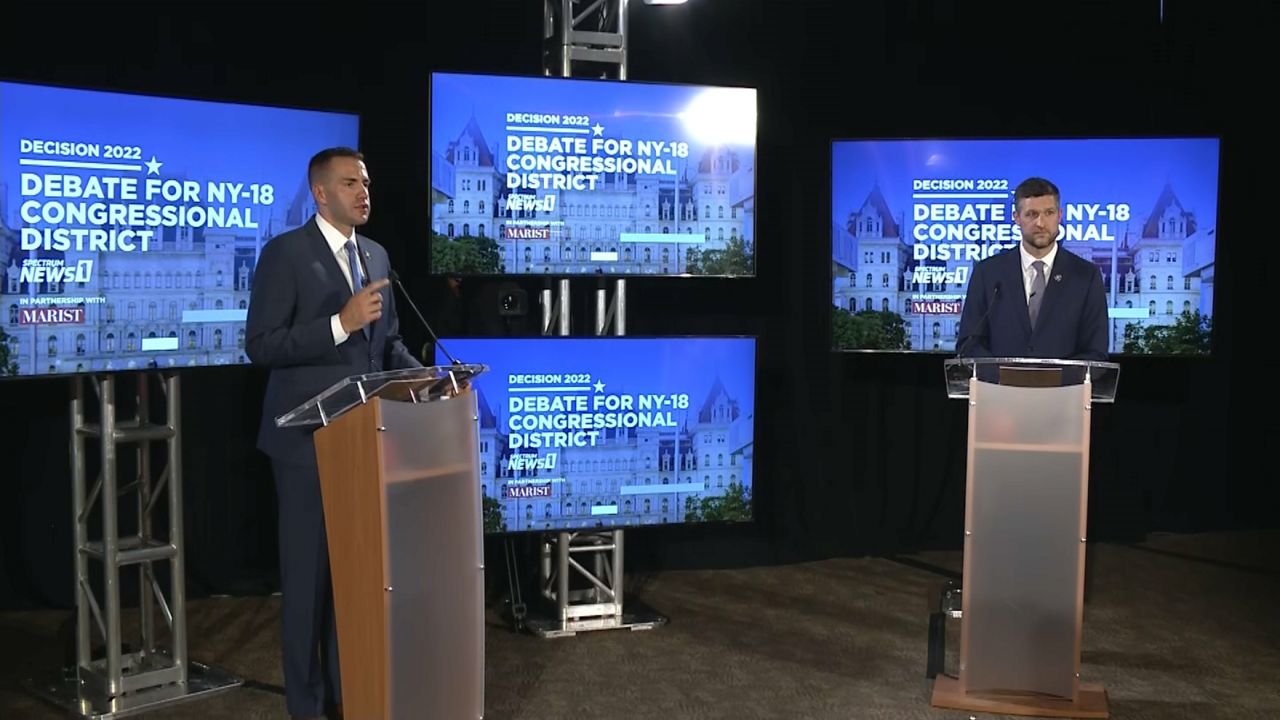 The winner of the race in New York's 18th Congressional District could determine the balance of power in the House of Representatives in the coming November elections and Spectrum News 1 hosted the only televised debate in the race at Marist College on Tuesday.

Democratic Rep. Pat Ryan, who won a special election in August to fill the remainder of the term in the 19th District, is facing off against Republican state Assemblyman Colin Schmitt.

Each candidate responded to questions on some of the most talked about topics in the district and country, like inflation and the economy.

"We see a continuing housing crunch in the Hudson Valley. It's only been exasperated by the Biden economy. We need to get inflation under control," Schmitt said.

Ryan, the former Ulster County executive, said he declared a housing emergency there in the past.

"Frontline health care workers can't even afford to live in our community. We need more housing, federal money and resources, is a major priority of mine," Ryan said. 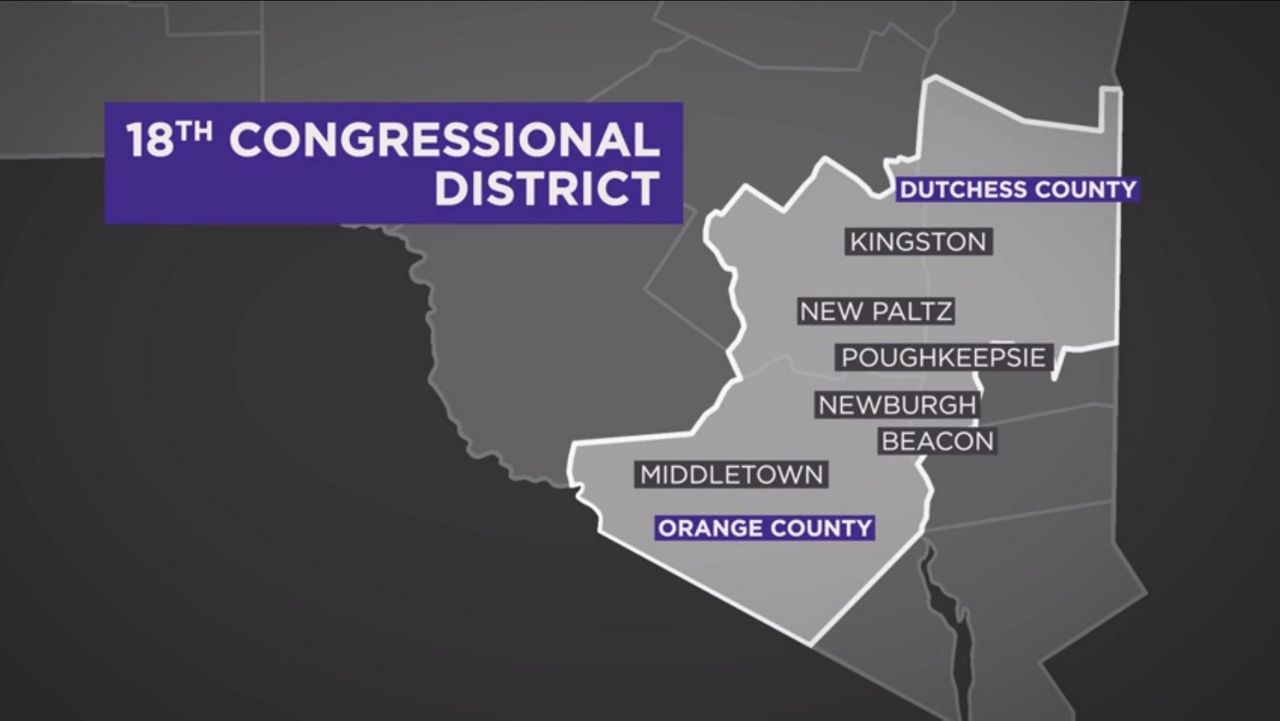 Both candidates pressed one another hard in the debate three weeks from Election Day. One particular question with active discussion was each candidate's stance on the national abortion debate.

Schmitt said he opposes “late-term abortions” and criticizes allowing non-doctors to perform procedures. Ryan calls the overturn of Roe v. Wade out of step with the country, saying the framework of the original ruling should be made law.

Both candidates had a chance to share thoughts on recent flights of migrants to the Hudson Valley.

Both candidates come from military backgrounds. Schmitt as a member of the National Guard and Ryan as a retired Army intelligence officer. This is where their campaigns see the biggest parallels.

With cards on the table for both candidates, they now return to the campaign trail for the final weeks to win over voters.