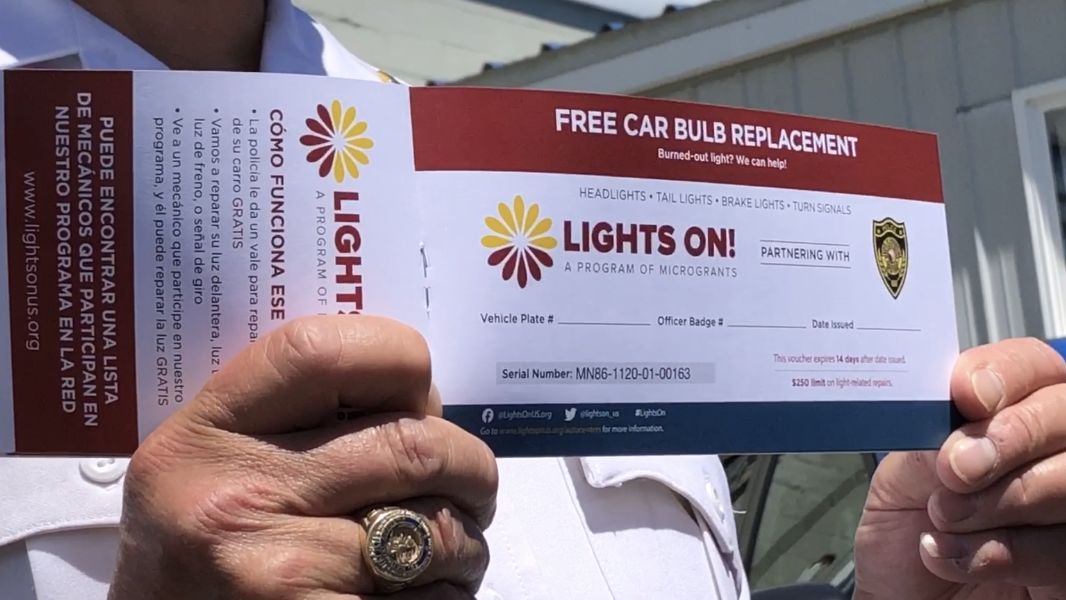 Police handing out repair vouchers instead of tickets in Saugerties

Saugerties residents were a bit incredulous Thursday when asked what they would do if a police officer pulled them over and issued them up to $250 to get their vehicle fixed.

Starting next month, Saugerties police are going to be issuing the vouchers — not tickets — to cooperative drivers whose lights are not working.

The drivers then use the vouchers to get their lights repaired or replaced at a local auto shop.

“It saves time for everyone, and it also prompts a solution,” Emma Farouk said.

“It’s wonderful to know the police are doing that in our lovely little town, so I give all the kudos in the world to that program,” said Anita Wyszomirski, a Saugerties native who moved away, but was back visiting Thursday.

The ‘Lights On!’ program has been running in other parts of the country, including Minnesota, where more than 100 departments participate.

No department in New York state has offered the program.

Saugerties Police Chief Joe Sinagra had been working since 2019 with ‘Lights On!’ director Sherman Patterson to bring the program to Saugerties. Sinagra also helped arrange funding for the vouchers through the Children’s First Responders Foundation, and enlisted two auto repair shops to do the repairs.

Sinagra said his officers try to avoid writing tickets for non-working lights, but sometimes they do.

Just one ticket and the court costs could set back a driver several hundred dollars.

“The result, as we all know, of the pandemic is the fact there are a lot of people out there who are worse off financially than they were prior to the pandemic,” Sinagra said during a press conference at the police department Thursday afternoon. “That’s what makes this program even more important to have it here in our community. Hopefully, we can get it throughout the state of New York.”

Sinagra said that as the program expands, out-of-towners who local police pull over for light issues will be able to use the vouchers in their own communities at participating auto shops.

‘Lights On’ officially begins in Saugerties on June 1.

So Saugerties, #NY PD is NY’s first dept to run the ‘Lights On’ program in its community. Instead of a ticket, #police will give *cooperative* drivers one of these: pic.twitter.com/ClZHtpa3NQ