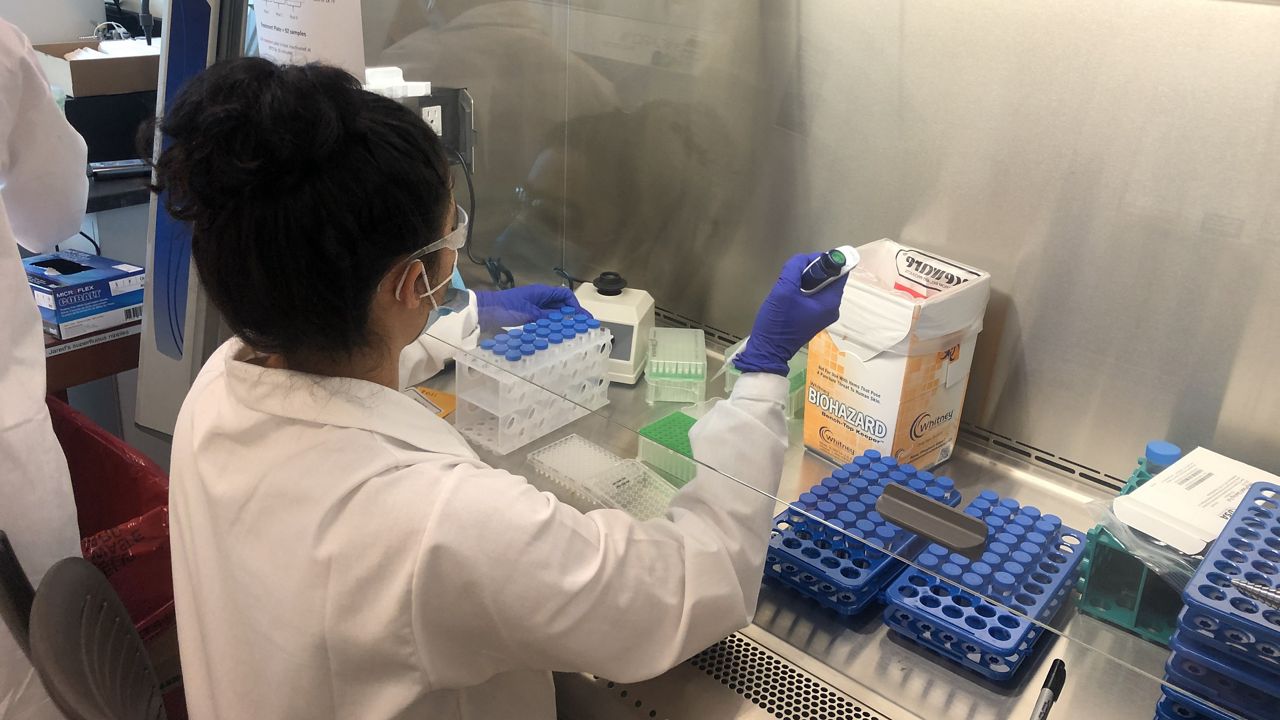 The saliva-based pool testing for COVID-19 first used by Yale University and athletes in the NBA has now come to the University at Albany campus.

Andrew Berglund, director of the University’s RNA institute, says they teamed up with UAlbany’s School of Public Health to provide pooled surveillance testing to all their students and staff.

“In this building we have biologists, chemists; by bringing together all different researchers, it tends to move the science forward faster,” Berglund said.

Tammy Reid is the RNA Institute research and development manager on the project.

And because they group samples of four by barcode, if that pool tests positive for COVID-19, it can easily be traced back to those individuals for further testing. Officials say it's cheaper, quicker and far less invasive than nasal swab testing.

“It's very quick and easy and you can do it by yourself,” Reid said.

The self-test is conducted by depositing a tiny amount of saliva into the testing vials provided in kits assembled on campus.

Through the help of students, staff, and SEFCU volunteers, they’re hoping to process as many as many as 5,000 tests per week by the end of September.

“So we are basically assembling these test kits today and putting them in these Ziploc bags, it’s all about the safety of our students and staff,” said University President Havidán Rodríguez.

Researchers here say the saliva-based test is only available to students and staff for now, and not meant as a substitute for nasopharyngeal testing, but the research it provides could be a game-changer for future COVID-19 testing.