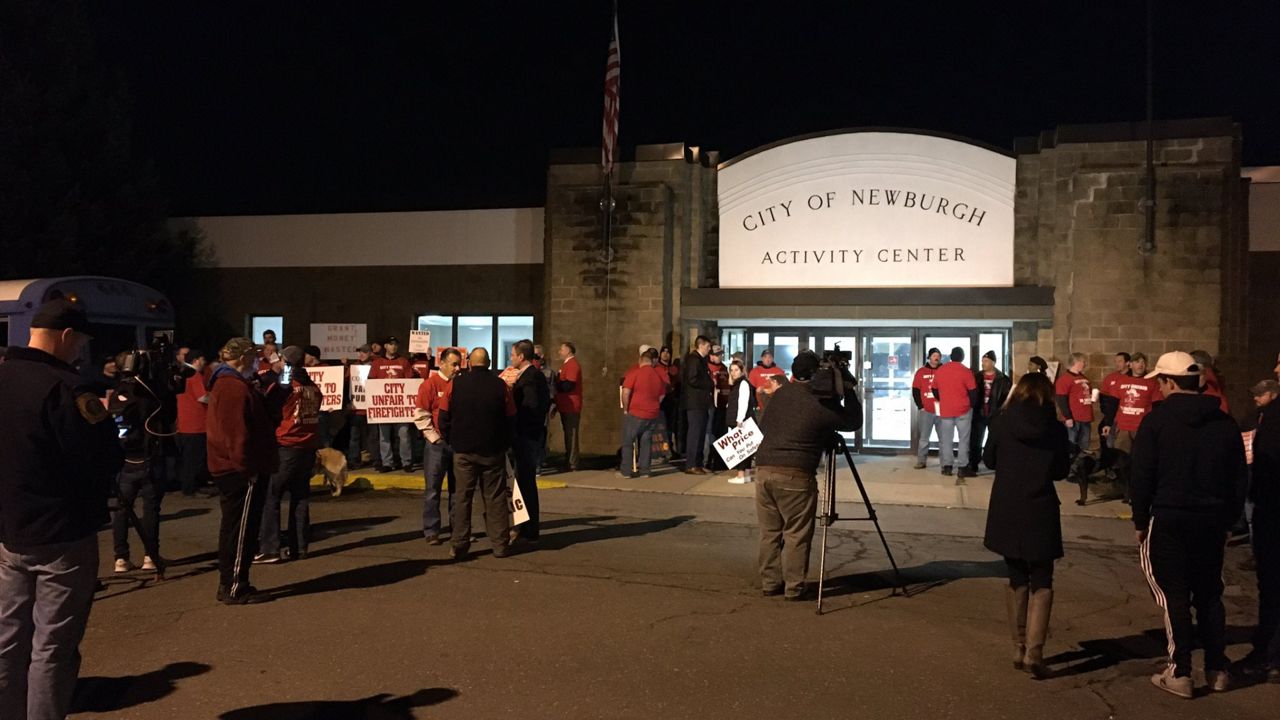 The Newburgh City Council approved a budget forcing the layoff of 14 firefighters and 15 police officers on Thursday night. This tough decision is all to help the city avoid bankruptcy.

Some 300 people attended the vote at Newburgh Activity Center. The overflow crowd, including firefighters and police officers from other departments, showed support for those whose jobs were under review.

Guys, it’s getting to be bonkers in here. First person just escorted out after heckling Council about their pay, which is a small stipend each. pic.twitter.com/ctBi0cLiKU

At a council work session earlier this week, the city comptroller said the work-force reductions in the revised budget didn't change much when it comes to saving the jobs.

That included eliminating equipment and technology purchases, and considering delaying construction of a public safety building.

Council members, the mayor, and other city officials pointed to two decades of fiscal mismanagement that put Newburgh in what the comptroller described as a critical position.

"What everyone in the city needs to understand is this would have never been proposed if the situation was and is not critical. Newburgh has the opportunity right now to pivot, to reset, to start fixing some of these problems," said City Comptroller Todd Venning. "And this is one of the ways we can do it. I can't unilaterally make anyone come to the table, I can't make anyone give a concession, but we have to fix this budget because otherwise we're going to be come insolvent again very quickly.

Only one of the six council members voted against the budget — that was Councilwoman Sofokles, who said the decision has been keeping her up at night.

The mayor says the city hopes for new revenue in 2020, with hopes of re-hiring some of the people they may have to lay off.