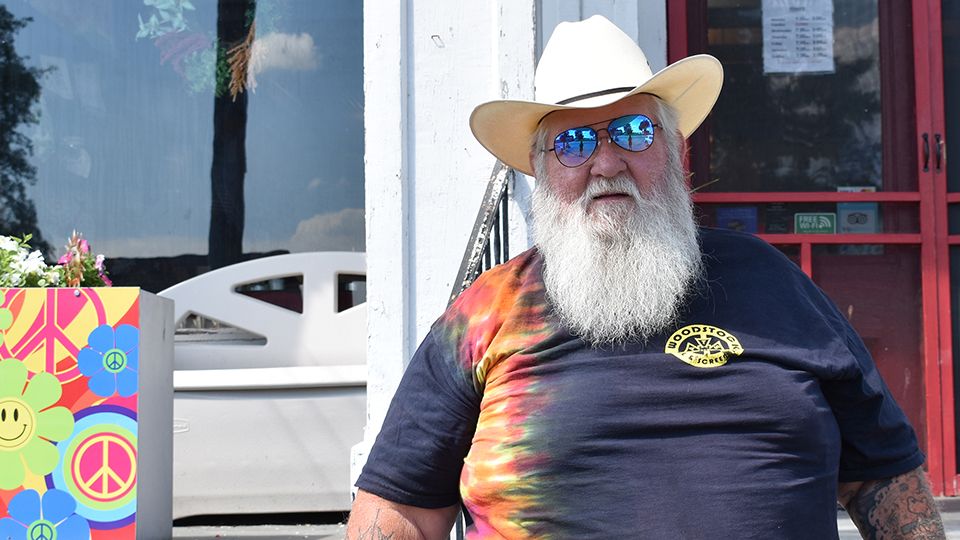 How Woodstock changed the course of this man's life

Duke Devlin arrived in Bethel, N.Y., at the Woodstock festival a few days before the concert began in 1969. At that point, it was just supposed to be some kids hanging out on a farm.

"Just did our hippie-hippie thing," Devlin said. "It was kind of fun, you know, chasing pretty girls around and smoking flowers, and it built up and built up. ... There were people who exposed themselves more and the press picked that up and threw it out there. That’s not what it was; there was a lot of respect."

Duke was one of about 400,000 people at Woodstock that weekend. To understand his free spirit, you have to hear his journey to New York. It started with a chance meeting at a commune in Amarillo, Texas.

"This one guy I met there, he said, 'I have a girlfriend in New Hope, Pa. I want to go see her,' " the man told Devlin. "I said, 'I’ll go with you, man, but we’re not going to stay that long.' We started hitchhiking and we heard inklings of this festival. It sounds too good to be true, in a farmer's field for three days? I can’t see that happening."

When plans fell through with the girl in Pennsylvania, the guys continued north to New York. Duke didn't plan to stay very long.

"I had a little piece of celebrityism," he said, "because a week or two went by and everybody left, and they’d say, 'hey hippie, you’re still here? Get the hippie a beer.' "

"I wanted to make enough money to get back to the southwest, and I promised I was going to do it a couple times over the years," he said.

So what made him stay? "The beauty and the people. Yeah, met my wife here. Got married," Devlin said.

That was 50 years ago, and even though he's planned to leave in the past, Devlin said he won't do it now.