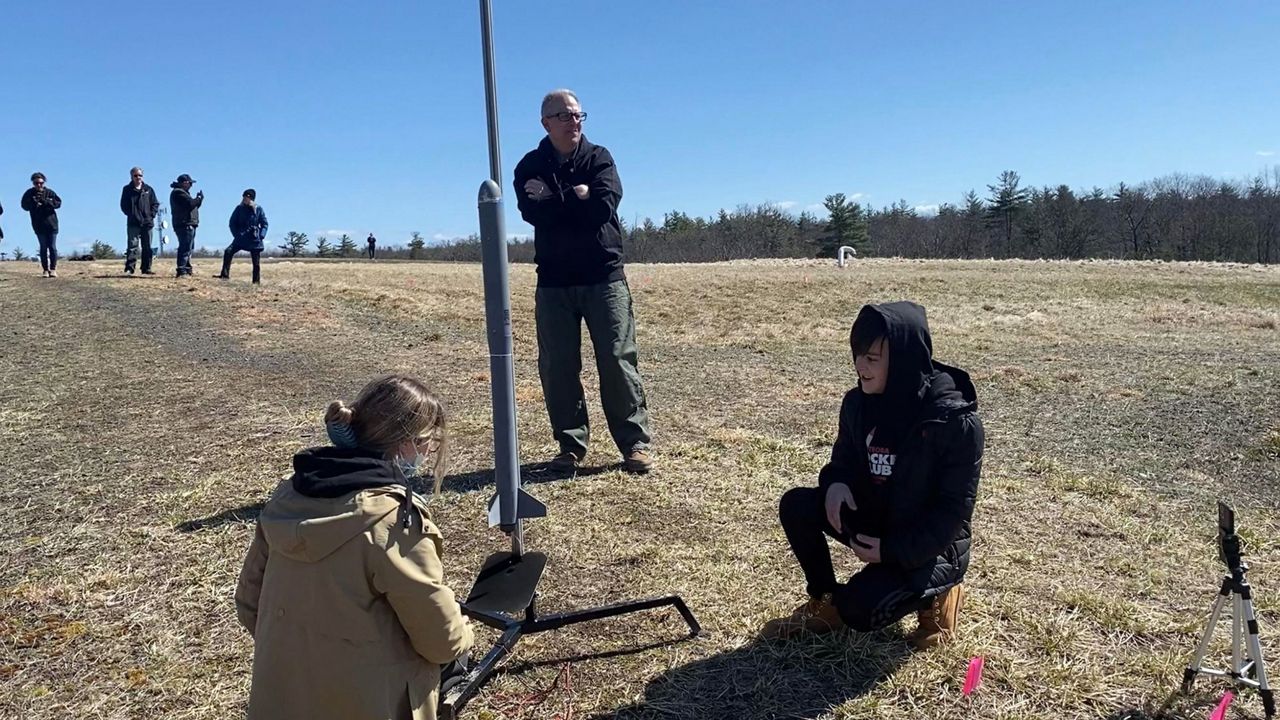 When seventh grader Anthony Christofora gets done with class and homework, things really start to take off. Christofora spends Saturday mornings at an open field in Woodstock, not too far from the Onteora Middle School.

“I’ve been building rockets since I was little, and we’ve been launching them in fields we found around," Christofora said. "And, well, my dad had the idea of starting it, and I thought it’d be a really cool idea.”

That cool idea is the Onteora Rocket Club, an after-school group that builds and launches rockets competitively.

“The students should have a real opportunity to do some math, engineering, science and technology," said Vince Christofora, co-advisor for the club and owner of Woodstock Hardware.

Vince Christofora and Onteora science teacher Rich DeRuvo thought it would be a great way for middle and high school kids to have fun in the STEM field.

“They may be building a rocket one day and loading a parachute, and we may be introducing them to terminal velocity," Vince said.

Their mission in the latest meet is to send a nearly two-foot long rocket as high as possible. But it can only stay in the air for between 41 and 45 seconds. There’s a twist: The rockets are carrying some precious and nutritious cargo. Two eggs are in the payload, and they have make it back to earth in one piece.

“The propulsion is just coming up and then the parachute comes down, which is really fascinating for me," Anthony Christofora said.

“It’s really nice to see the rocket going up; it shows you’ve done everything you were supposed to do right," said Vincent Christofora, Anthony's older brother. "If the parachute deploys, it comes down safe.”

In the latest meet, the team placed 114th of 724 schools nationwide.