Out of the game himself, Andrew Cuomo's past rivals remain in political arena

For the first time in 24 years, Andrew Cuomo’s name will not be on the Democratic primary ballot for a statewide office this year. (He withdrew from the governor’s race in 2002 a week before the primary).

The deadline for filing petitions as a third-party candidate in a general election also came and went on May 31 without any action from the former governor.

While Cuomo is out of the game this time around, his former rivals who challenged him for the state’s chief executive role remain in the political arena in various forms. Indeed, all three Republican nominees for governor that Cuomo faced over his decade in gubernatorial politics are currently running for office, albeit, only one of them is running for governor. 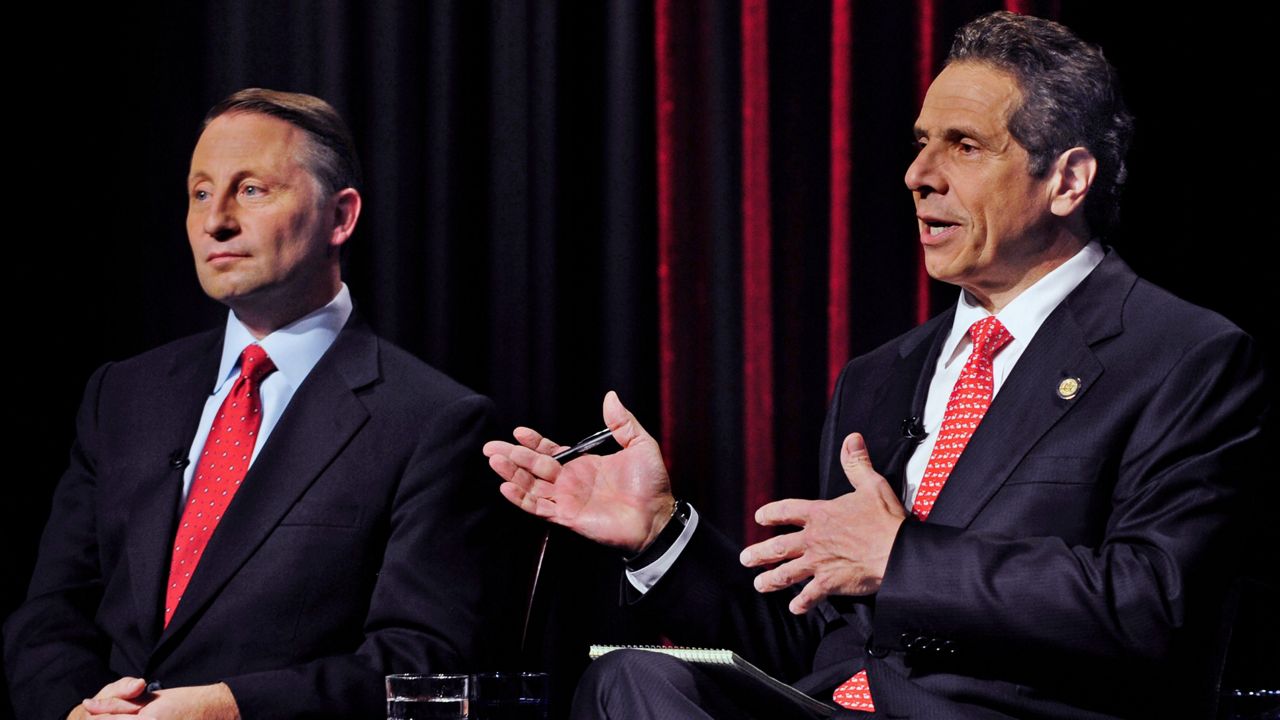 Rob Astorino, the former Westchester County executive, was the Republican nominee for governor in 2014. He was defeated by Cuomo by 14 points, though he flipped a considerable amount of Cuomo counties from 2010 in the upstate region.

Astorino is again seeking the GOP nomination and faces U.S. Rep. Lee Zeldin, the state GOP’s designated candidate, as well as Andrew Giuliani and Harry Wilson in the primary later this month. He has argued that his performance in 2014 makes him the best candidate and has said he can make inroads in the suburban areas that are crucial to winning statewide contests.

Cuomo’s two other former opponents are running for Congress.

Dutchess County Executive Marc Molinaro, who ran against Cuomo in 2018, is running for the 19th Congressional District seat, which was vacated recently by Democrat Antonio Delgado when he was selected to serve as lieutenant governor. After the state’s tumultuous redistricting process, the 19th District now stretches from Tompkins County to Columbia County and includes the cities of Binghamton and Oneonta.

The other Cuomo rival of the past is Carl Paladino, the businessman and former Buffalo School Board member who ran an insurgency campaign amid the tea party wave in 2010 and defeated Republican Party favorite Rick Lazio in the GOP gubernatorial primary. Paladino would go on to lose to Cuomo’s first bid for governor by 30 points.

In the last week, Paladino has begun his latest political endeavor. After U.S. Rep. Chris Jacobs said he would not seek re-election after backlash for publicly stating he would be open to a federal ban on guns like AR-15 rifles, Paladino jumped into the contest for the new 23rd Congressional District, which encompasses the Southern Tier region.

Paladino has still been heavily involved in politics in recent years before this. He served as New York co-chair of Donald Trump’s 2016 presidential campaign and played a heavy hand in Byron Brown’s successful write-in campaign against India Walton in the Buffalo mayoral race last year.

Though neither are currently running themselves for office, Cuomo’s 2014 and 2018 progressive primary opponents are still vocal. Zephyr Teachout launched a brief bid for state attorney general last year when Letitia James launched a campaign for governor before opting to run for re-election instead. Teachout was subsequently appointed by the attorney general's office as a special advisor and senior counsel for economic justice.

Cynthia Nixon recently endorsed and appeared with state Assemblywoman Yuh-Line Niou, who is running for Congress in the 10th District, calling her a “progressive warrior.”

And though he was never a Cuomo rival on the ballot, former New York City Mayor Bill de Blasio had an at times bristled relationship with the former governor. He didn’t rule out challenging Cuomo in the days before he resigned last year, but de Blasio is now also running for the 10th Congressional District seat.

As for Cuomo himself, he has been relatively silent since leaving office. He has made a few public appearances, but has not actively campaigned for or endorsed office seekers.