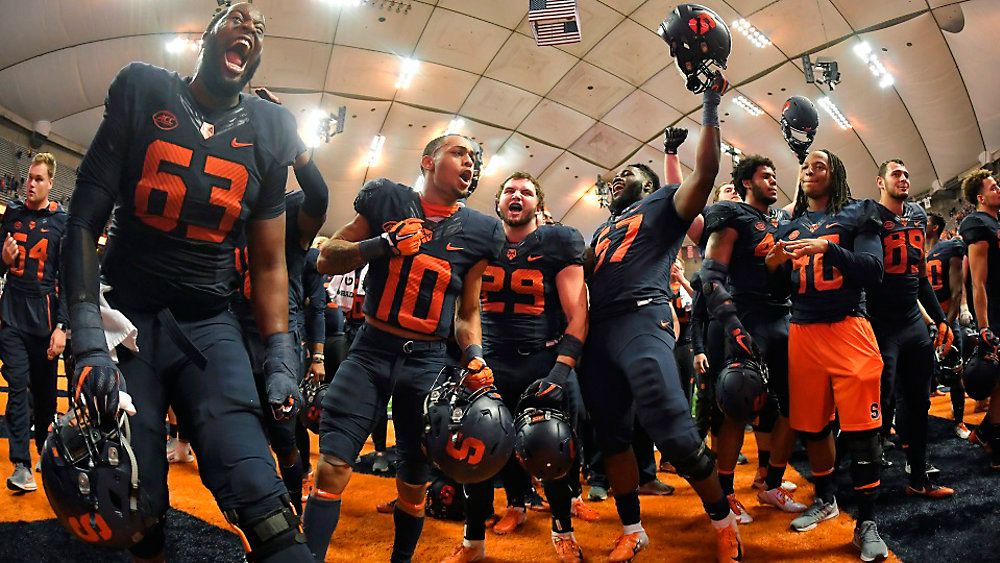 Could Orange Empire be the Edge SU Needs to Win Their Bowl?

With a cold winter ahead, fans in Orange Empire have something warm to look forward to.

The SU football team will play in the Camping World Bowl in Orlando, Florida. SU will be taking on former Big East rival West Virginia on December 28 in warm and sunny Orlando.

Don't wait to book your tickets — flight prices will only go up as those holiday travel days get closer.

The good thing about the bowl being in Orlando is that there's far more to do than just watch the Orange: A trip to Disney or Universal could turn the bowl week into a full vacation, and packing the stands with fans could be just what the team needs.

Dennis Deninger, an SU professor who worked at ESPN for 25 years, says while the product you can get on TV at home is great, being there to support the Orange in person could give them the edge they need to beat the Mountaineers.

Camping World Stadium will also host the Citrus Bowl between Kentucky and Penn State on New Year’s Day. Deninger doesn't expect either of those games to be sellouts, so every Orange fan cheering makes a big difference.