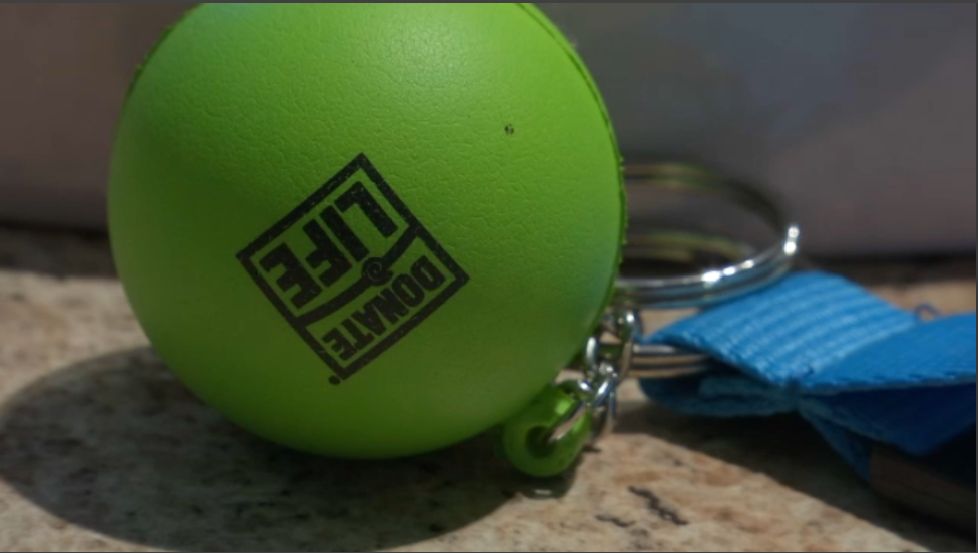 The gift of life: The silver lining of organ donation

"In high school she was a blood donor, and she did it many times," said Donna Dunn, Mary's mother. "Every time she came home, she would raise her hands and say, 'I saved some lives today.' "

She married her husband Brandon in July 2007 in her family's backyard. Five weeks later, Brandon called with terrible news: Mary was hit by a car and was unresponsive. By the time they got to the hospital, Mary was brain dead.

"Later that night, they came to us and asked if we wanted to donate her organs," said Wayne Dunn, Mary's father. "Brandon, her husband, spoke up and said, 'she wanted to have five kids, so I think she would want to.' "

Mary saved four lives, donating her heart, liver, pancreas and both kidneys. Her mother says the decision to donate made her grieving process easier.

"Life goes on. This is her legacy," Dunn said. "People are living becuase of her and the decision we all made."

Now 11 years later, the Dunns are advocates for organ donation, helping people sign up and debunking myths. They say a common misconception is that a doctor won't try as hard to save an organ donor. Mark Laftavi, the chief of transplant surgery at Upstate Hospital, says that is completely untrue.

"Under no circumstances [would] the care to the patient would be delayed or neglected because they are an organ donor," Laftavi said.

Laftavi says the surgeons that perform the transplant only come in after a patient is completely brain dead. He also says the decision to donate or not donate is something to talk about before it becomes too late.

"Discuss it earlier than the time of death, to let our family, our friends know of our decision," he said.

Donna and Mary spent their last day together at the state fair. With this year's fair starting this week, you can find Donna volunteering at the Donate Life table, signing up donors in Mary's honor.