With winter on its way, finding food resources could become challenging for veterans, advocates in New York said.

Feed Our Vets, a food bank for veterans with locations in New York Mills and Watertown started in 2009 by Navy veteran Rich Synek and his wife Michele, has fed about 620 veterans and distributed more than 39,000 pounds of food in the month of October. 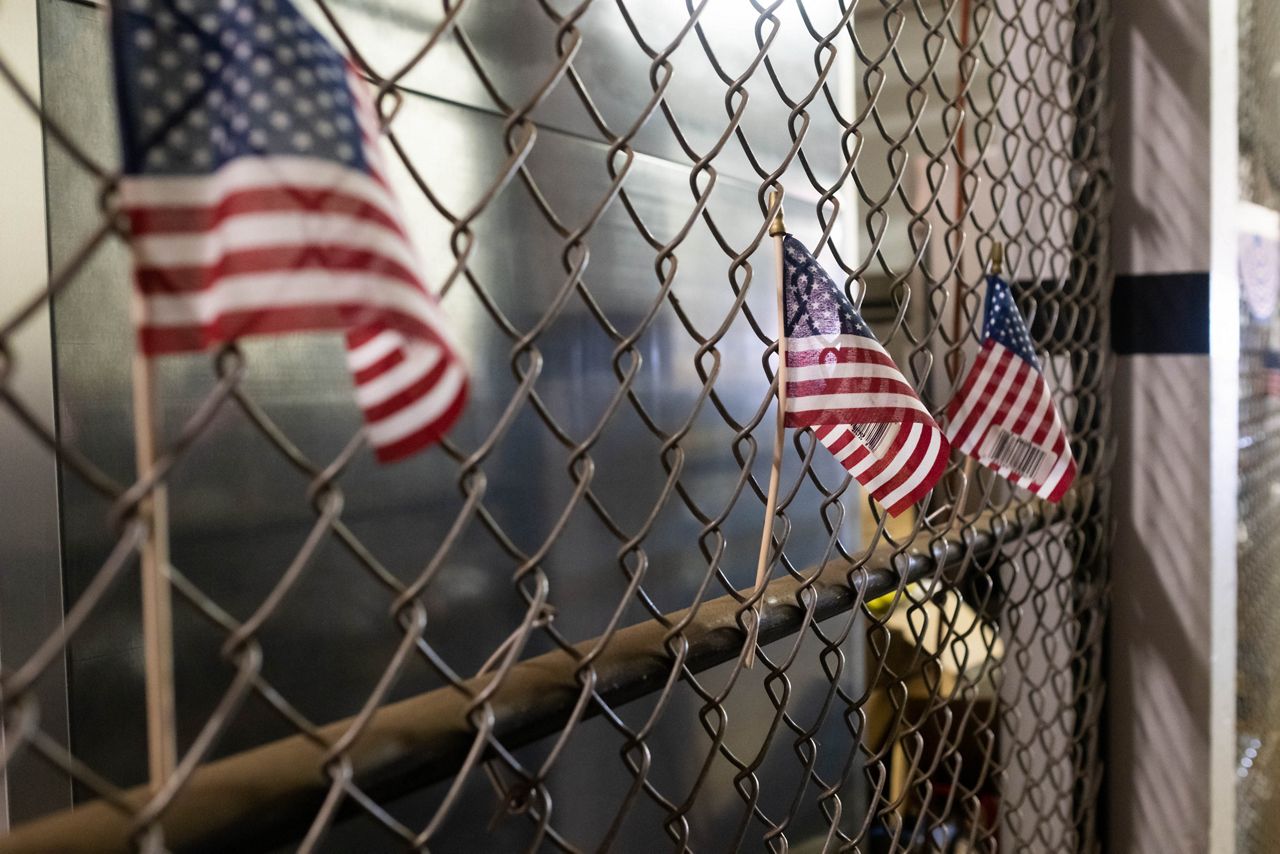 Flags are hung through a chainlink fence that is used for storage at their pantry. (Emily Kenny/Spectrum News 1)

Synek says that they receive some of their food from the USDA food bank program, but they also rely on donations from the community.

According to data collected by the New York Health Foundation, 8.7% of veterans in New York struggle with food insecurity or low food security. For perspective, that means more than 2,000 of Onondaga County’s nearly 24,000 veterans could be affected. 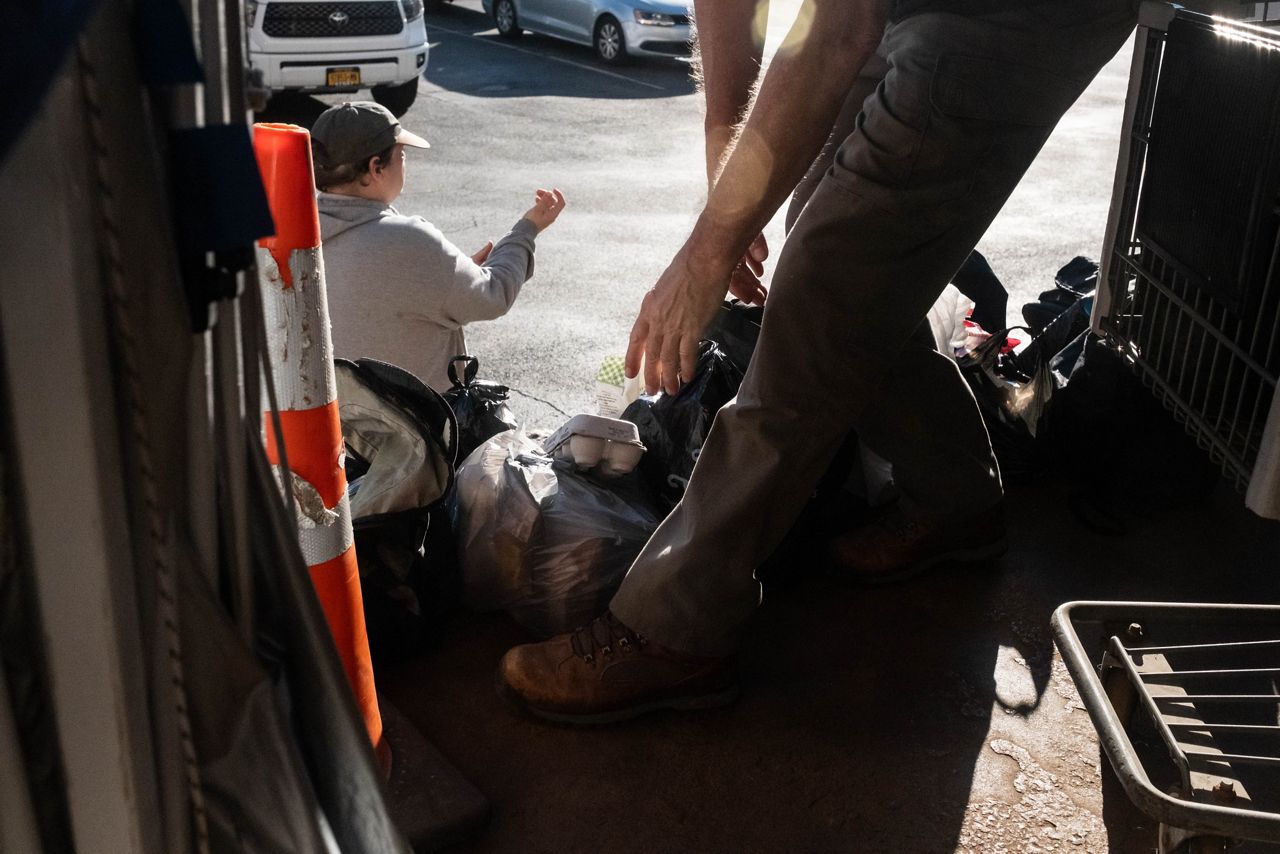 Carl Davis, volunteer and veteran, helps move bags of food to be put into a visitors car. (Emily Kenny/Spectrum News 1)

Feed Our Vets helps a range of veterans but sees a large need for those on fixed incomes.

“We have one guy who comes here just to save money so he can take his granddaughter for ice cream,” Synek said. “We don’t want you to spend your last penny and then come here; come here and then be able to save a little bit.” 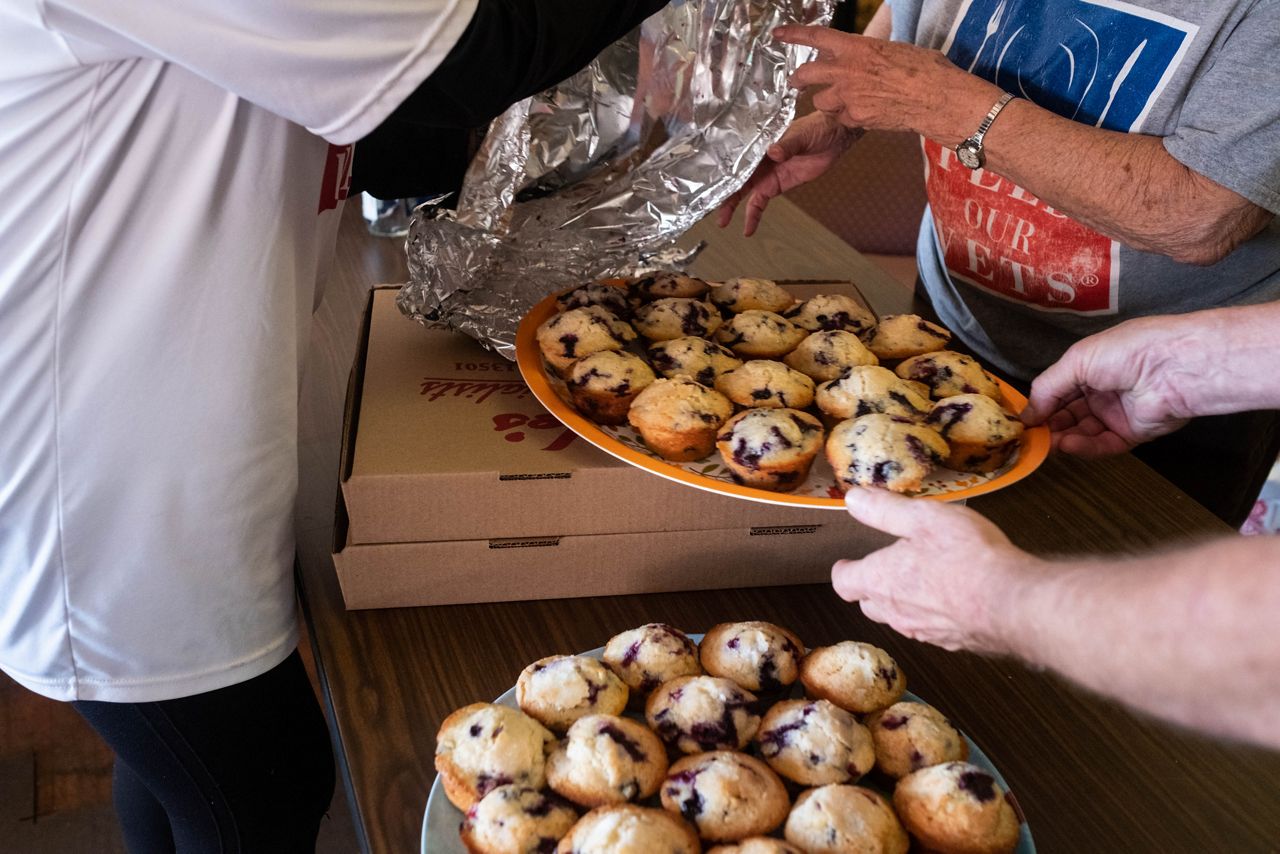 Muffins and tomato pie brought to the pantry but a community member. (Emily Kenny/Spectrum News 1)

Joe Ancona, director of the Watertown pantry and 20-year Army veteran, said most of the population that comes in is older.

“A lot of our veterans in the last six months are little older than what we normally take care of,” he said. 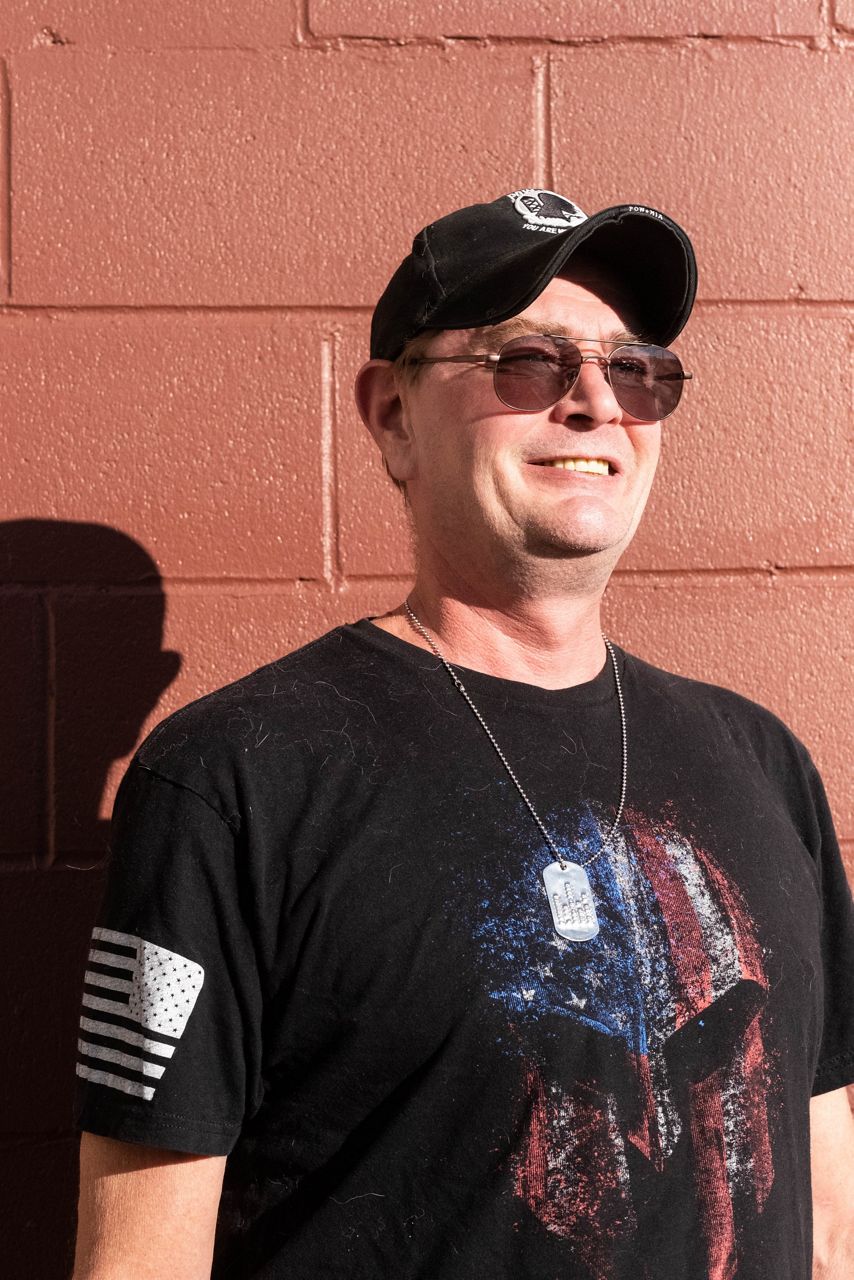 Carl Davis poses for a portrait. Davis used to visit the pantry to supplement his food supply but now is a volunteer. (Emily Kenny/Spectrum News 1)

“Prices are up, and folks are hungry; that’s why we’re here,” he said.

Synek says while they do get some post-9/11 veterans, he wishes they were able to better reach the younger population of veterans.

“The hardest thing is getting the younger veterans in here, but once they come, they’re part of the family,” he said. 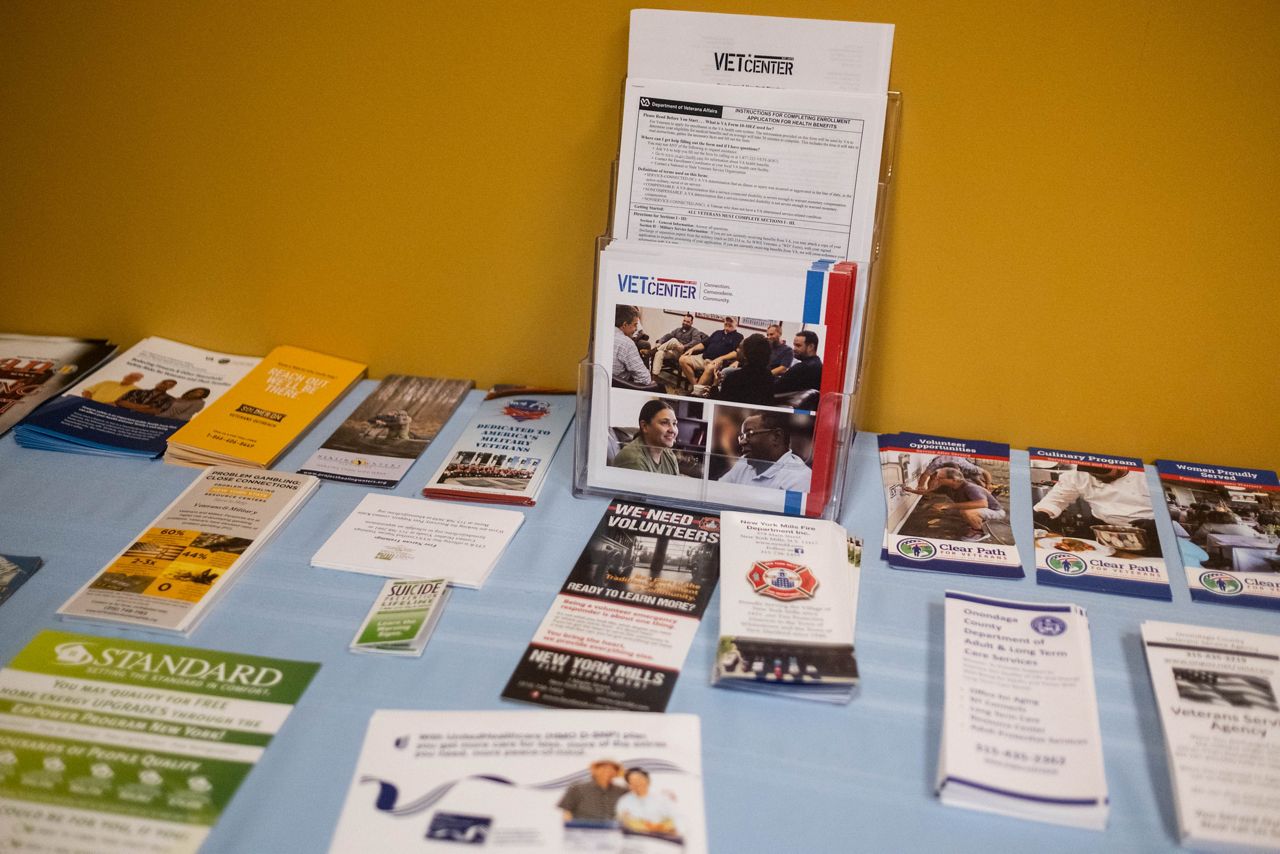 Information for veterans is displayed at the entry of the food pantry. (Emily Kenny/Spectrum News 1)

And it isn’t just those no longer serving that seek help. At the Watertown location, they have active-duty military members that come to the pantry. 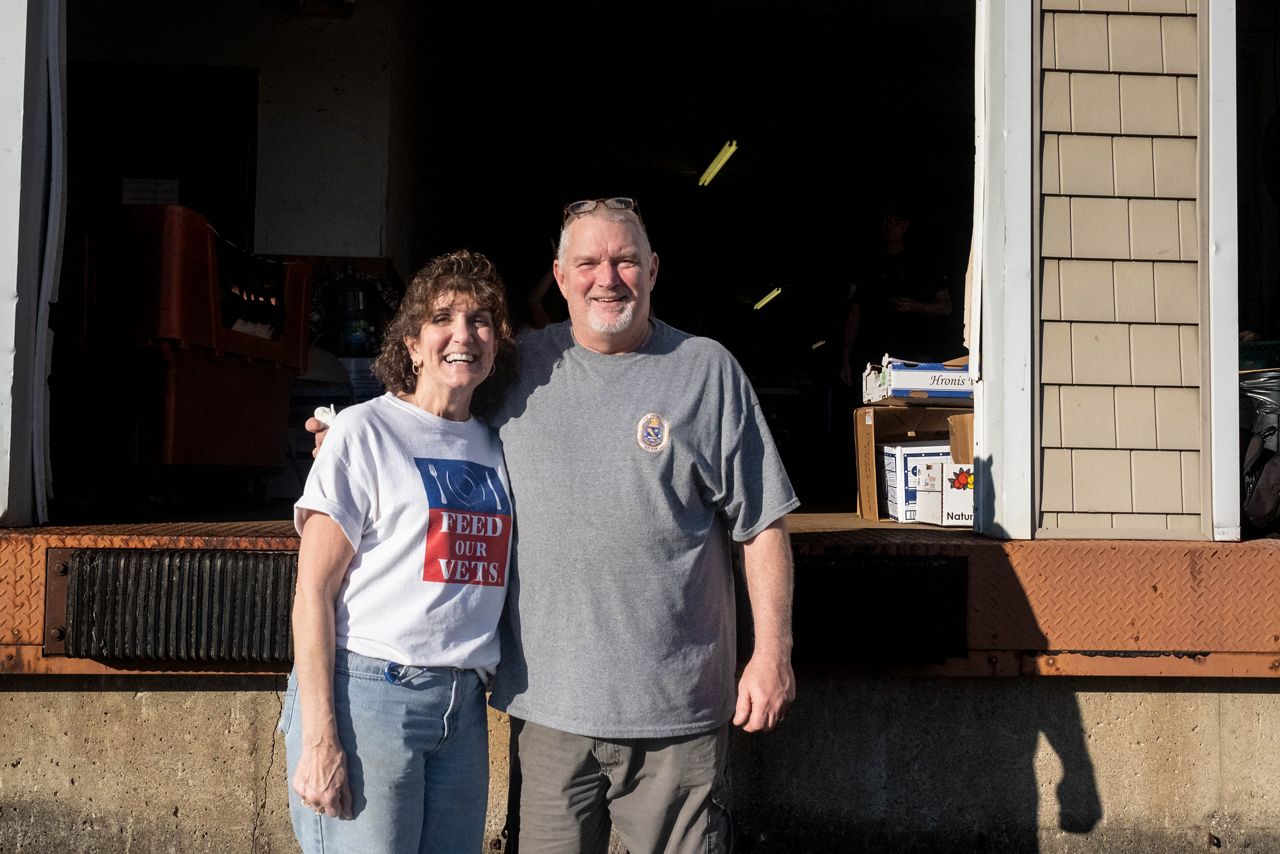 Founders, Michele and Rich Synek, pose for a portrait outside of Feed Our Vets. (Emily Kenny/Spectrum News 1)

The stigma of attending a food bank and asking for help is what veteran Carl Davis thinks discourages some from coming in. Davis, now a volunteer for Feed Our Vets, said he and other volunteers are helping as an extension of their service.

“All veterans are very powerful people, and nobody really wants to say, ‘Oh, man, I have to go get help,’ ” said Davis, who began visiting Feed Our Vets 10 years ago to supplement his food supply. “We're getting more new people in, but it's just a human nature thing because people want to make it on their own and be independent. It's hard to ask for help.” 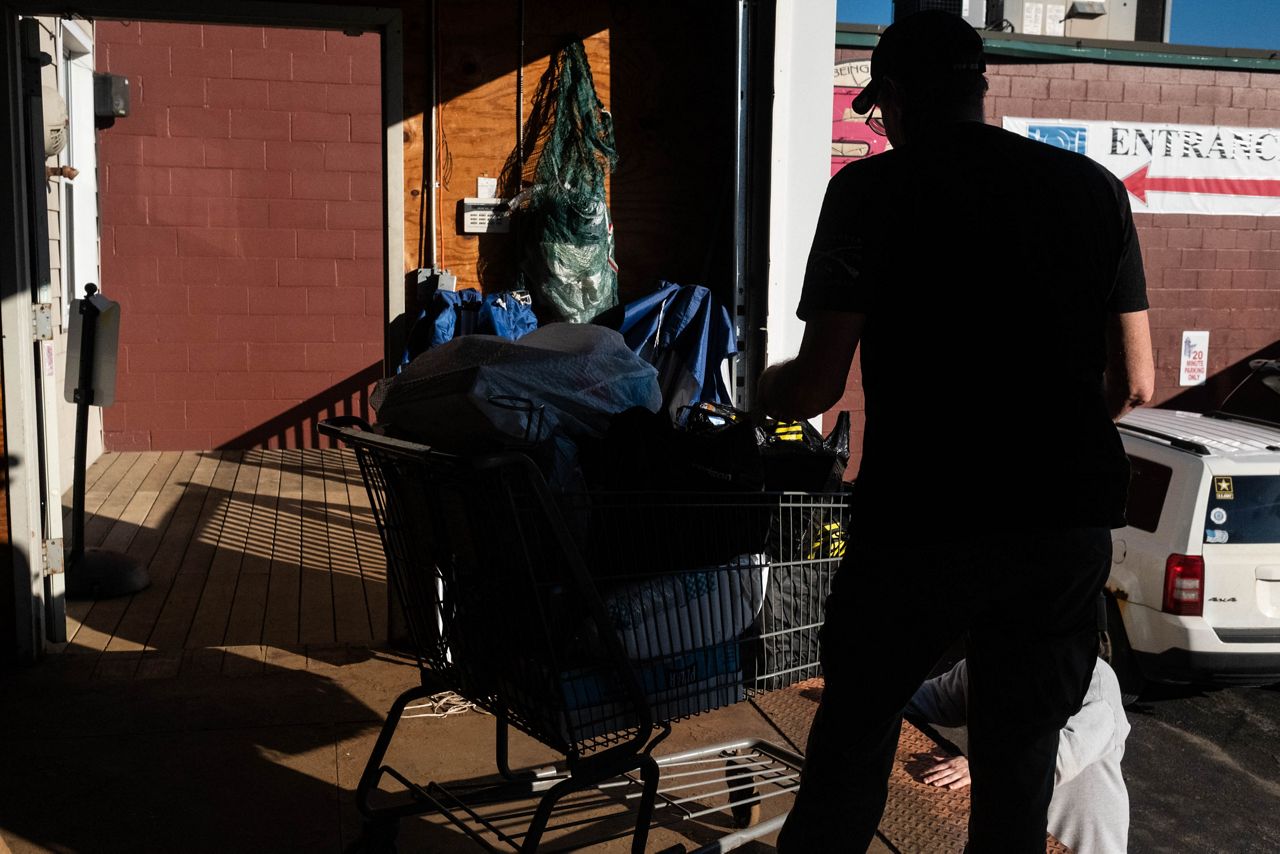