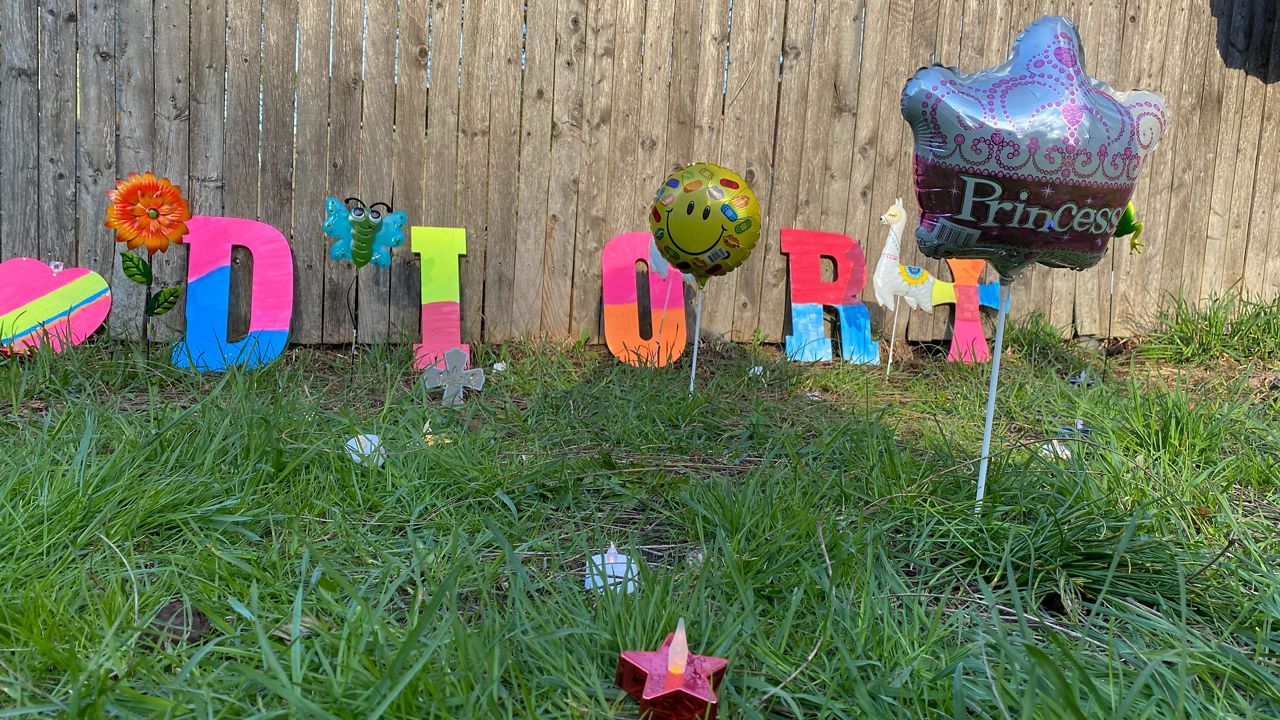 Family of Syracuse baby killed in shooting: 'Justice needs to be served for Dior'

Not long ago, Dior Harris was with her family learning to walk and talk.

"To know any of her favorite things that she might want, to see her color, to see her do anything, none of that type of stuff we won't see because she is gone. My baby is gone. She's gone. She is gone," said Dior's mother Desiree Seymore.

Dior's family says this past Sunday was supposed to be a fun day. Dior's siblings were out celebrating their recent birthdays. Dior's mother, Desiree Seymore, says she and Dior were visiting family.

Five people were in the vehicle, Desiree and her cousin in the front, three kids, including Dior, in the back. She says she was on Grant Avenue when shots were fired, and three hit Dior.

"How can you pull up to a vehicle and look past adults and look at babies and just start shooting?," asked Dior's mother.

Dior's father said he's trying to stay strong for his family as they grieve and seek justice. One of those family members is Dior's aunt Maleika Brown.

"The message is that we need to get the person who did this. Justice needs to be served for Dior. She didn't deserve what happened to her," Brown said.

Dior was going to turn one on April 29. Instead of a party, her parents say they'll be out marching for their little girl.

Dior's mother says she doesn't know why her vehicle was shot at.

A GoFundMe page has been set up for the family.