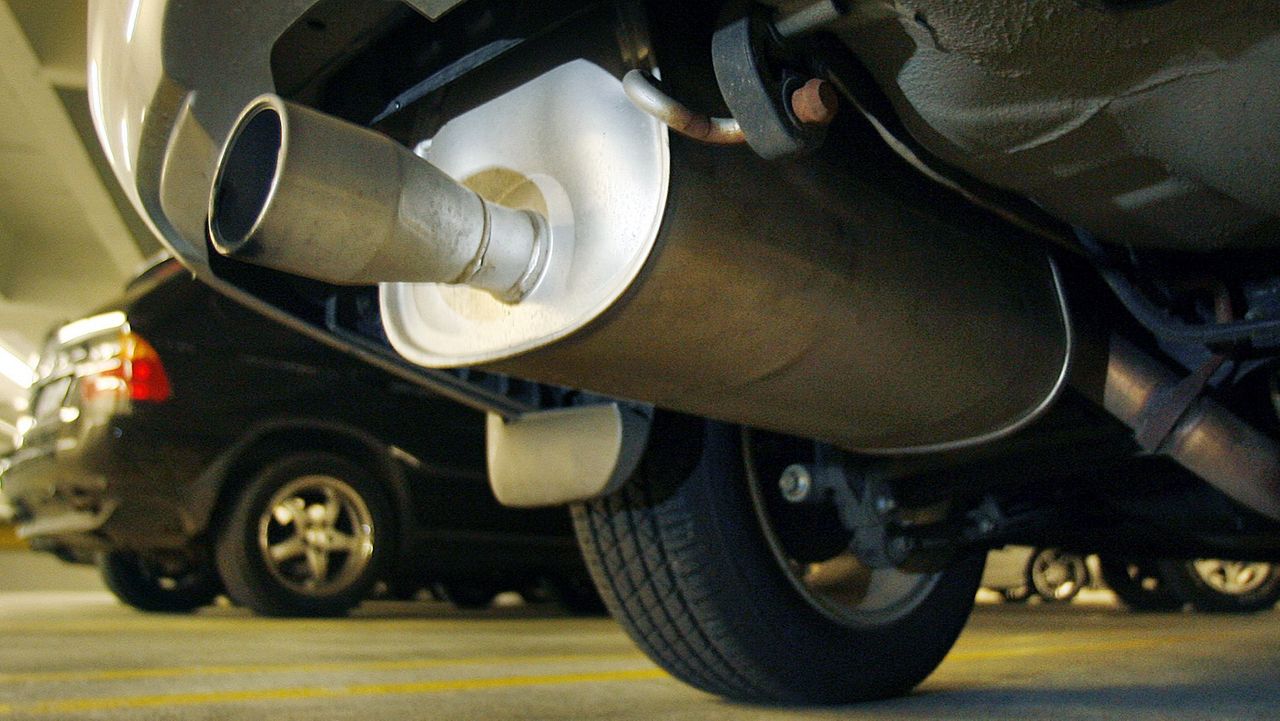 The nut of the argument over a climate bill wending its way through the Legislature is about its cost to consumers. But proponents of the Climate and Community Investment Act (CCIA) say some politicians and business organizations have been spreading misinformation.

The Climate Leadership and Community Protection Act (CLCPA), which passed in July of 2019, sets one of the most aggressive climate goals in the country.

It creates legally binding emission reduction standards to transition New York completely off of fossil fuels by 2050. Additionally, it mandates that 40% of state climate and energy funding be invested in environmental justice communities, primarily poor communities of color.

But in order to realize the lofty aspirations in the CLCPA, there needs to be funding for renewables and incentives to change behavior.

Both are found in the CCIA, which bill sponsor State Senator Kevin Parker today called “the next logical step.”

“It’s absolutely critical. The state of New York has the most aggressive climate goals in the country,” said Parker during a virtual press conference with the clean energy coalition NY Renews. “Not only does CCIA provide an economic disincentive to produce carbon in New York, but it lays out how New York would be able to build a clean energy economy. There’s a real serious economic opportunity here.”

According to Parker, who chairs the Senate Energy and Telecommunications Committee, there are 27 sponsors of the CCIA in the Senate and “many more” in the Assembly.

Wednesday’s virtual press conference was an opportunity for climate activists and proponents of the CCIA to tout the results of a new study released this week showing that 160,000 jobs would be created over the next 10 years in New York if the CCIA were to be implemented.

“These jobs in the report we are releasing are in a variety of sectors: construction, renewable energy, agriculture, public schools, the care economy, efficiency, maintenance, professional services and transportation,” explained Elizabeth Yeampierre of UPROSE.

But many Republican members of the Legislature and the Business Council of New York have argued that the incentives to move off of carbon will come at a steep cost. One such cost? A 55-cent per gallon increase in gasoline at the pump.

To be clear, there is no increase in gasoline in the CCIA’s bill language.

What is in the bill is a tax on carbon and other air pollutants that industrial polluters will have to pay.

The Business Council of New York State, as well as the Tax Foundation, are anticipating that fuel companies will pass those increased costs down to the consumer.

“According to the Tax Foundation…this legislation would raise New York’s tax to 98.12 cents per gallon, an increase of more than 127%, and would make New York’s gas tax more than 57 % higher than any other state.”

Indeed, North Country State Senator Dan Stec (R – Queensbury), who represents one of the most rural parts of the State (and one of the coldest), told Capital Tonight that the CCIA is “regressive.”

“It’s a very regressive way to do business,” he said. “I mean, we’re supposed to be the most progressive state in the country and here we are. The people that are going to be hit the hardest by this are the working class, the families that are struggling.”

But advocates for the bill strenuously disagree with that calculation and insist that groups, including the Business Council, are spreading misinformation. The stated reason for the Business Council’s position against the bill, according to members of NY Renews, is that the group’s chair, Donna DeCarolis, is president of National Fuel Gas Corporation, one of the companies that will likely see higher taxes under the CCIA.

“Over the past several weeks, the Business Council and the GOP have been spreading misinformation, saying it will lead to cost increases for New Yorkers, ignoring the many provisions in the bill that will put money right back into our pockets,” Ryan Madden of the Long Island Progressive Coalition told Capital Tonight.

One of those provisions, according to NY Renews, would provide $1,100 rebate checks to every household in upstate New York earning less than $77,000 per year.

When asked to respond to the rebate provision in the bill, Senator Dan Stec said he was unfamiliar with the provision and needed to read the fine print.

Madden also takes issue with the idea that fossil fuel companies will automatically pass along higher costs to consumers.

“Let’s be clear. This (higher prices at the pump) isn’t inevitable. Fossil fuel companies are incredibly profitable and there’s no reason to pass on every cost of doing business to consumers,” he said.

Capital Tonight reached out to the Business Council of New York State for a response to Madden’s charge.

“I didn’t calculate those costs because I think they should be avoided,” Ken Pokalsky, vice president of the Business Council, said. “I think people have to understand that the state’s carbon goals are not going to be cost-free.”

Regarding the $1,100 rebate for upstate New York households that earn less than $77,000 per year, Pokalsky is skeptical.

“The bill doesn’t say that, but I suppose it’s possible,” he said.

Ken Pokalsky, the vice president of The Business Council of New York State, issued a statement in response to Madden's charge:

“While we oppose adoption of the CCIA, it isn’t primarily based on its fee structure. Frankly, if New York were to adopt a carbon tax, we believe it should be broad-based. But there is no doubt the CCIA will lead to cost increases for New Yorkers. Even with its rebate program, there is no guarantee that eligible households or small businesses will be made whole, and we believe many will not under the CCIA’s ‘one size fits all’ of rebates."

The legislative session ends on June 10.