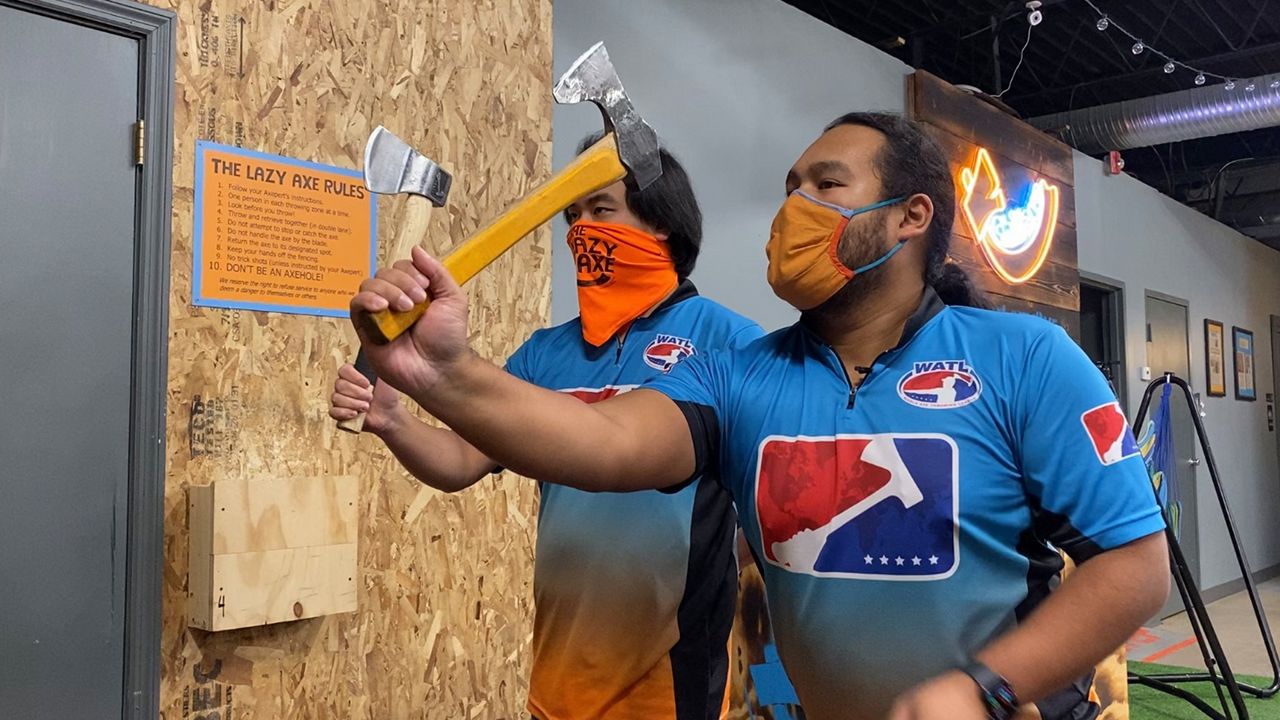 Hitting the bullseye of a target with an axe is a challenge in itself. Doing it repeatedly is even harder.

But Mark Marisol says there is an art to the throw.

“Just find that one rotation, keep your arm straight and let the axe do all the work,” Marisol said.

Mark has been practicing that rotation for years and now his work has paid off. He’s qualified for the World Axe Throwing Championships in Fort Worth, Texas, competing in four different events.

“Expectations are high. I think we know what we’re are getting ourselves into. We know the level of the completion is really high, and we excited to take it on,” Marisol said.

He’s joined by three fellow throwers that he trains with weekly at the Lazy Axe. The group includes Ben Paultre, Richard Lin and Gary Dayter.

Ben has qualified for the knife throwing competition. He says he needs to keep sharpening his skills.

“I’m just sitting there saying ‘don’t drop them, don’t drop them.’ So it’s very satisfying when the knife sticks into the target,” Paultre said.

While their eyes might be on the prize of $50,000, the competitors say they are honored to compete at this level.

“We’ve been practicing quite a bit, hours on hours for the past couple of weeks. We’ve been doing a lot of tune-up tournaments. I think we are ready to go,” Marisol said.