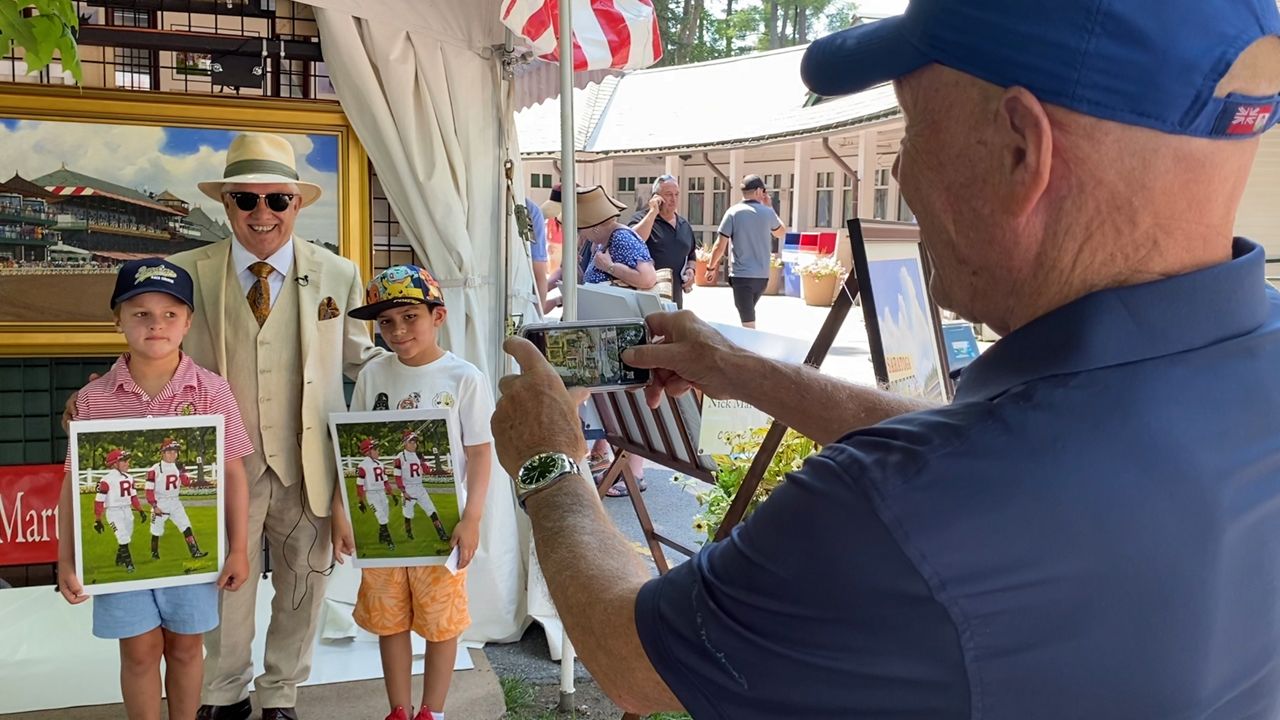 Dressed to the nines, with a handshake and a picture perfect smile for each fan, the persona of Nick Martinez is larger than life.

The jockey-turned-painter has been selling his work at Saratoga Race Course for 31 years. On any given day, his booth is fully stocked with people pining for a piece of his art and a piece of Nick's time.

For all the noise and attention surrounding Nick, you might be surprised to find out he considers himself a homebody. When he sits down to paint, he's content with silence in his home art studio – a quiet mind, a blank canvas, and Pooter, Nick's 15-year-old Bichon mix.

"It relaxes me and I enjoy it,” said Martinez. “It's something I like."

His average piece takes about eight hours to create.

"It starts jumping off the canvas right at you,” said Martinez. “It’s just kind of like 'wow, I'm doing it; it's coming to life here.’ "

Interested in drawing from a young age, Nick studied art in college but it wasn't until much later he would make it his priority.

What kept him from his passion all those years is also what sets him apart. Nick was a professional jockey for 16 years.

“It was the time of my life. It was very exciting,” said Martinez.

He traveled throughout the Midwest and West Coast racing, accumulating a lot of wins, until an accident damaged his pinky finger.

He took it as a sign to put down the reins and pick up his paint brush again, so he retired from horse racing in 1991.

"I look back on it and I think ‘why did I take so long?’ Because I'm much happier,” said Martinez.

What he learned on the track translates to what he puts on his canvas: movement, form, and an understanding of the sport other artists might not have.

The way I paint anyway is to really create a feeling of being there in a moment in time,” said Martinez.

Nick loves being able to capture those special moments in time and share them with fans.

"Long after I pass, they'll still enjoy it, and I've gotten to a point in my career as an artist that I know my originals will live on many, many years after I'm gone,” said Martinez.