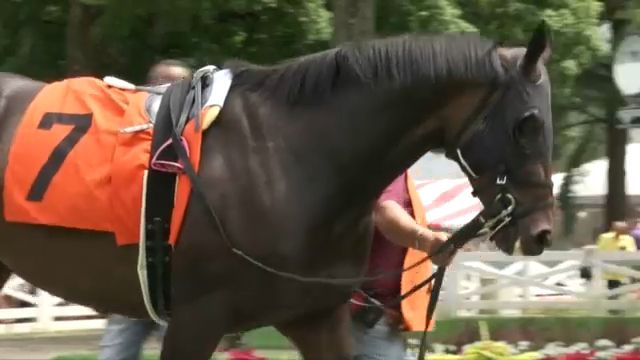 Regally bred with a seemingly impossible mix of power and grace, few things match the splendor of the thoroughbred in full stride, but they are also fragilely built.

“These are athletes, they are running 40 miles an hour and they weigh 1,000 pounds and their ankles are the size of apples,” said Phil Gleaves, a thoroughbred trainer for more than 30 years.

“That bone in that horse’s leg is thinner than the bone in my leg, so that’s how catastrophic injuries happen,” said trainer Gary Contessa, who’s also spent more than three decades in the industry. 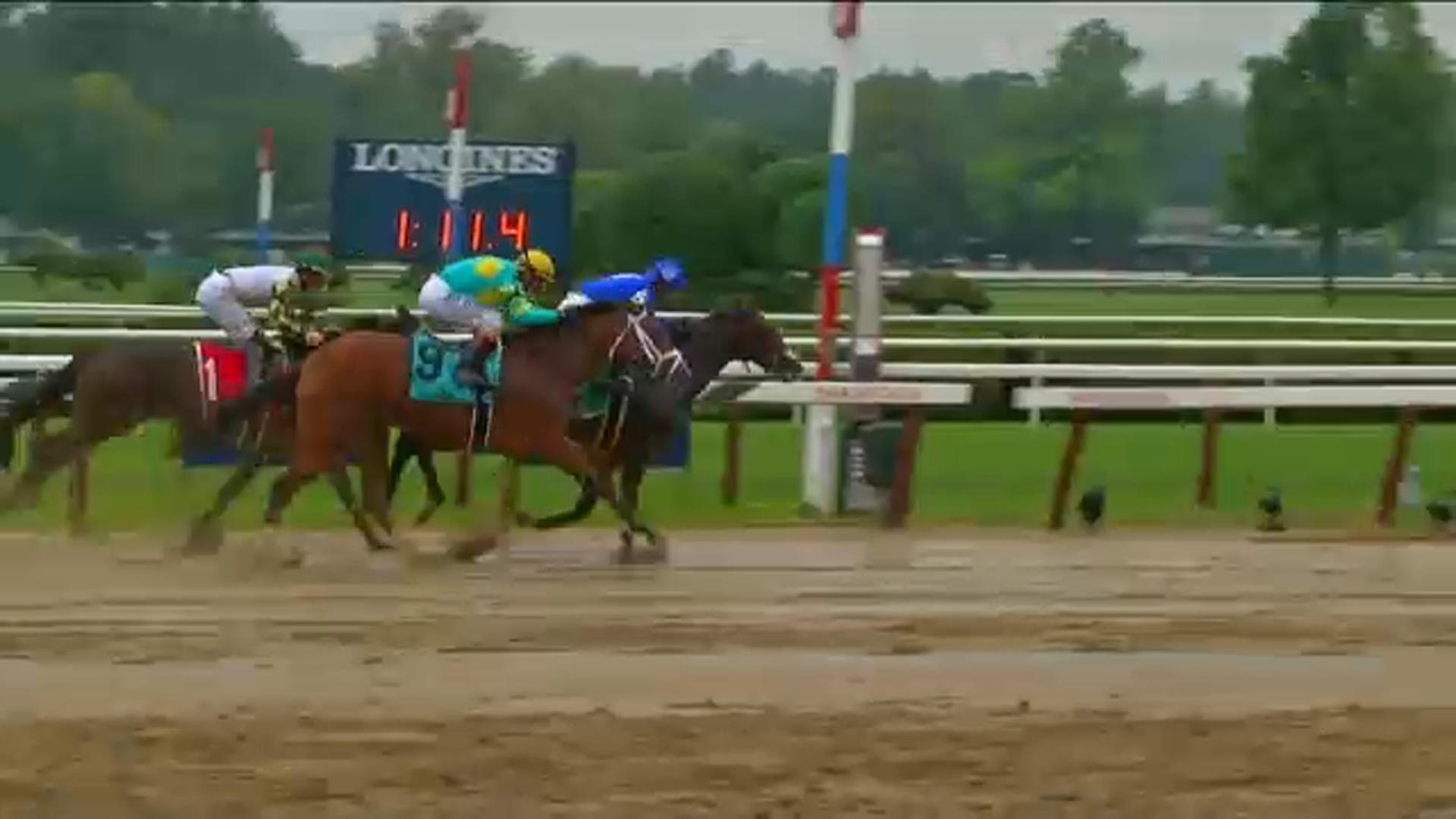 Nowhere has that fact been more painfully clear than at Santa Anita Park in Southern California, where 30 horses died training or racing between the end of last year and June. Veteran trainers stabled at Saratoga admit the deaths have sparked upheaval across the entire industry.

“I, like everybody else, was perplexed as to why all of a sudden all of those horses were breaking down in that short time frame,” Gleaves said.

The breakdowns have garnered headlines from national media outlets that don’t typically follow the sport.

“Of course it is a black eye for the sport, and people who don’t really know the sport and are thinking about being interested in the sport, it is a complete turn-off,” Contessa said.

Battuello is the founder of HorseracingWrongs.org, a website that has cataloged deaths at American racetracks since 2014.

“The first year I compiled a list in the United States, it came in at over 1,000 horses for the year,” Battuello said. “I was shocked and appalled. I feel this is an under-reported or has been an under-reported issue, and that the horses have been underrepresented.”

With the goal to end horse racing in the United States, Battuello and his supporters believe the sport is cruel and inhumane.

“This is the way things go, not just at Santa Anita, not just in California but across the country,” Battuello said. “Horse racing kills horses inherently.”

“I do not agree that horse racing is essentially wrong,” Dr. Scott Palmer said. “I will never agree to that.”

Palmer was appointed New York State’s Equine Medical Director in 2014 after chairing Governor Andrew Cuomo’s task force to investigate a spike in deaths at Aqueduct Racetrack in Queens a few winters prior.

“The number one thing that came out of that task force was that we do not have to accept a high level of fatalities as being the cost of doing business at the racetrack,” Palmer said.

A surgical veterinarian for 38 years, Palmer is now in charge of implementing safety protocols at the state’s 11 thoroughbred and standardbred tracks.

“We dropped the fatality rate almost 50 percent in that first year,” Palmer said. “That’s a very, very dramatic improvement, and we’ve been able to maintain that improvement that whole time for the last six years.”

A number of changes were ushered in by the task force, including stricter medication guidelines. In addition, Palmer says racing officials and veterinarians now more heavily scrutinize medical records and a thoroughbred’s appearance on the track. It’s all done to pinpoint those that may be more prone to injury, in hopes of keeping them out of the starting gate.

“We do this every single day,” Palmer said during a recent interview in the Saratoga paddock. “It’s nothing special for Saratoga. We do it at every single racetrack in New York, and that’s the secret of our success of having low fatality rates in New York.”

Track maintenance is another key safety element. Glen Kozak and his team are responsible for each of NYRA’s racing and training surfaces.

“A lot of people don’t really know what goes into maintaining the track and what efforts and science is put into it to try and make it the best it can possibly be,” says Kozak, who is NYRA’s senior vice president of operations.

“If it gets dry, gets cuppy, it’s hard on the horses. They get sore tendons, things like that," said NYRA senior director of track operations, Brian Jabelman, a member of Kozak’s crews.

The data is reviewed by a trio of labs, helping the maintenance crew determine how to best treat the track with water, sand, and other materials.

“It’s ever-changing; no race track is ever the same,” Kozak said.

“This comes from your heart,” Jabelman said. “You want the horses to be safe and happy and everything else.”

According to the Jockey Club’s Equine Injury Database, NYRA’s three racetracks rank among the sport’s safest, but according to the New York State Gaming Commission, an average of almost 14 horses a year die training and racing at Saratoga. The death toll peaked at 21 two years ago.

“It’s excruciating. It is awful,” Contessa said about losing a horse to catastrophic injury. “It is the worst thing that can happen to a trainer.”

“Our aspirational goal at the [Gaming] Commission is to reach the fatality number to zero,” Dr. Palmer said. “We recognize that’s an enormous challenge, and some people may say that’s just not realistic. Well, the fact of the matter is that is our goal, and that is what we strive for every day.”

Battuello is among the skeptics.

They can’t stop the killing,” Battuello said. “They can certainly take certain steps to mitigate it somewhat, but they can’t stop it.”

Battuello and Horseracing Wrongs’ supporters plan to stage protests each weekend outside Saratoga’s main gate. They’ve done this at 21 tracks in 16 states, including Santa Anita. 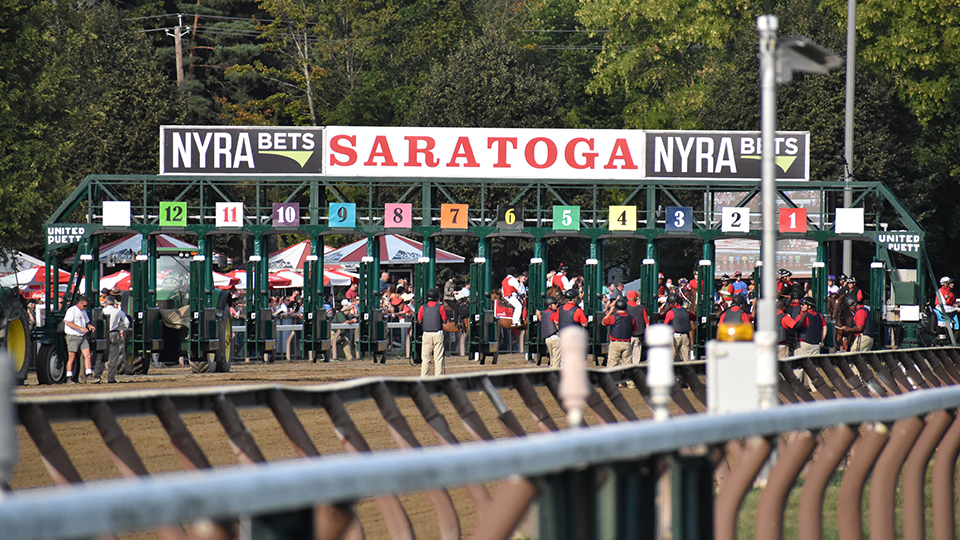 As the sport faces arguably its most intense public scrutiny in recent memory, stakeholders are mostly in agreement: Racing’s foundation has been shaken to its very core.

“The death of horses at the race track is an existential threat to the industry, no question about that,” Dr. Palmer said.

“If we don’t get on the same page, we won’t have an industry to worry about,” Gleaves said. “It’s our last chance.”

According to the NYS Gaming Commission’s online database, six horses have died at Saratoga Race Course since training season began in the spring. Only one of those breakdowns has occurred during a race at this summer’s Saratoga meet.