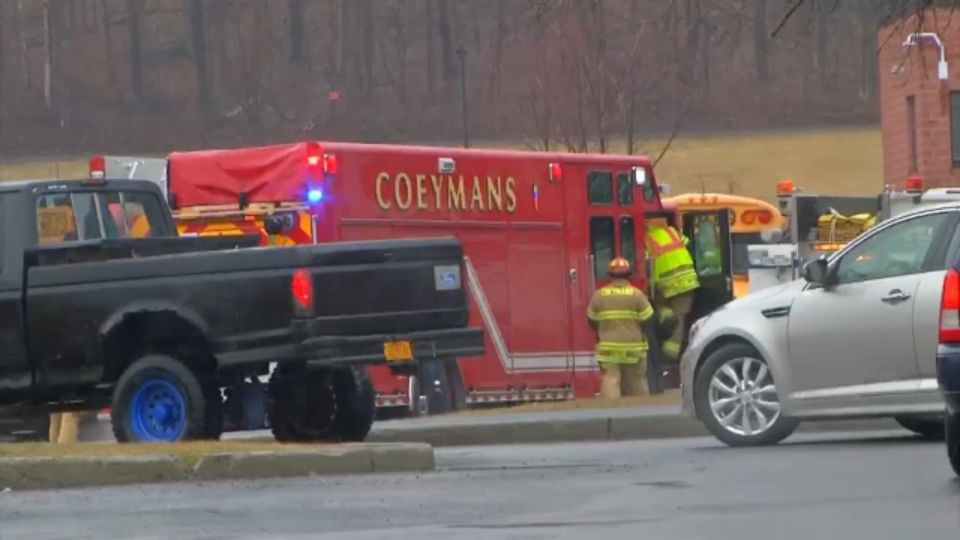 A number of people have been sickened by a gas leak at Ravena-Coeymans-Selkirk High School, according to Albany County Sheriff Craig Apple.

Apple said the gas leak has left 15 to 20 people ill, and they are being treated.

The school superintendent says a gas leak on a boiler occurred around 6 a.m. Friday, and was fixed in an hour. A smell of sulfur lingered, however, nauseating some students.

The smell of sulfur lingered in the air, which lead to some students complaining about nausea. They re-evacuated as a precaution, and national grid found 0 gas in the air throughout the school. Students are now being let out for the day as a precaution (2/2) @SPECNewsAlbany pic.twitter.com/f863kwbOBs

"Not having all the information when they first walked in the building, of course a lot of things probably go through people’s minds," Superintendent Brian Bailey said. "When situations like this happen in the school district, the most important thing is for families to know that the schools practice for such eventualities and we put their student safety first.”

The superintendent says they decided to end the school day as a precaution, with students not feeling well, but National Grid was able to record a 0 percent gas reading in the air throughout the school for a second time.

The middle school is still having classes as usual.