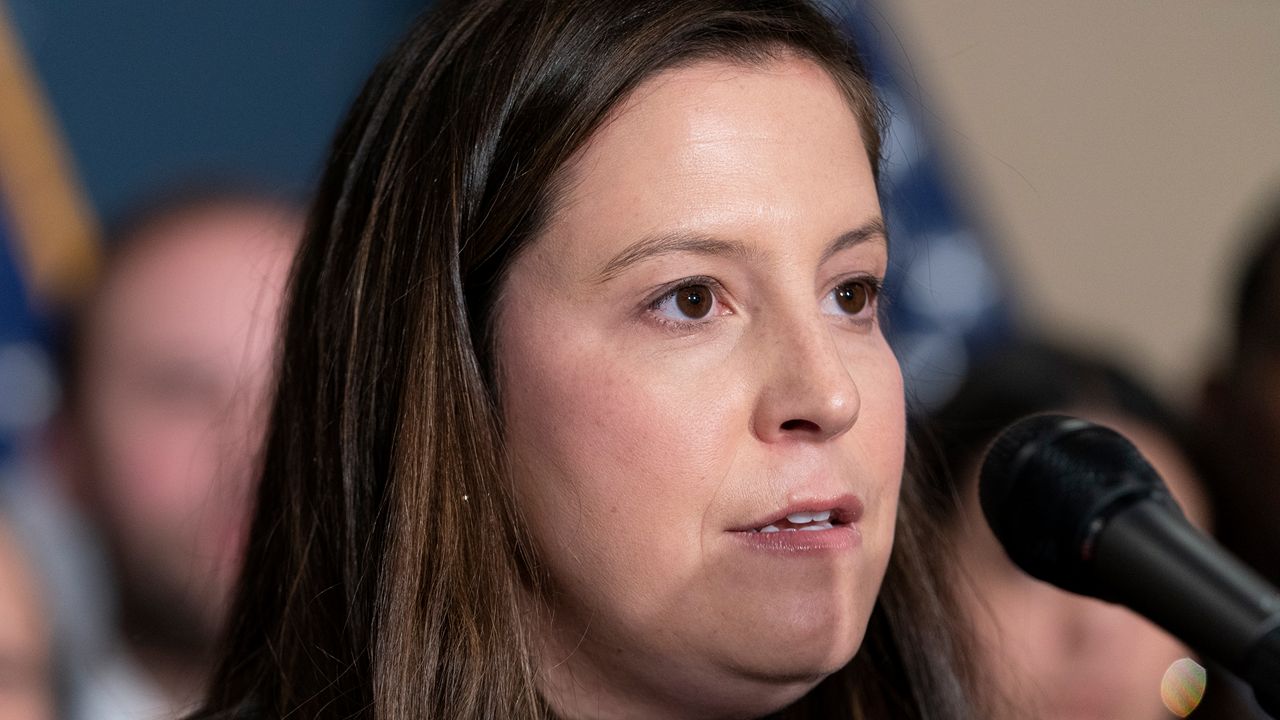 After Buffalo shooting, Stefanik faces scrutiny for past Facebook posts

In the posts, Stefanik accused Democrats of planning “to grant amnesty to 11 MILLION illegal immigrants” which would “overthrow our current electorate and create a permanent liberal majority in Washington.”

Stefanik's campaign paid to promote the posts, according to Facebook.

Critics say the posts are examples of Stefanik, who is the third-ranking House Republican, spreading so-called “great replacement theory.” The racist ideology says the influence of white people in America is intentionally being diminished – in part through immigration – while people of color gain influence.

The alleged Buffalo gunman, a white man, reportedly included ideas tied to the conspiracy theory in his writings. Most of his victims at the grocery store were Black.

“The replacement theory being peddled by Elise Stefanik and her campaign is hateful, racist, dripping in white supremacy, and is dangerous and will continue to get people killed,” Jeffries said.

And Rep. Liz Cheney, who was replaced by Stefanik as the number three House Republican last year, tweeted, “The House GOP leadership has enabled white nationalism, white supremacy, and anti-semitism. History has taught us that what begins with words ends in far worse.”

The House GOP leadership has enabled white nationalism, white supremacy, and anti-semitism. History has taught us that what begins with words ends in far worse. @GOP leaders must renounce and reject these views and those who hold them.

Stefanik, for her part, has said she is heartbroken by the loss of life in Buffalo.

Meanwhile, Alex DeGrasse, a senior Stefanik advisor, is angrily pushing back on the criticism of her past posts, saying in a statement that “any implication or attempt to blame the heinous shooting in Buffalo on the Congresswoman is a new disgusting low for the Left, their Never Trump allies, and the sycophant stenographers in the media.”

“Stefanik has never advocated for any racist position or made a racist statement,” he continued.