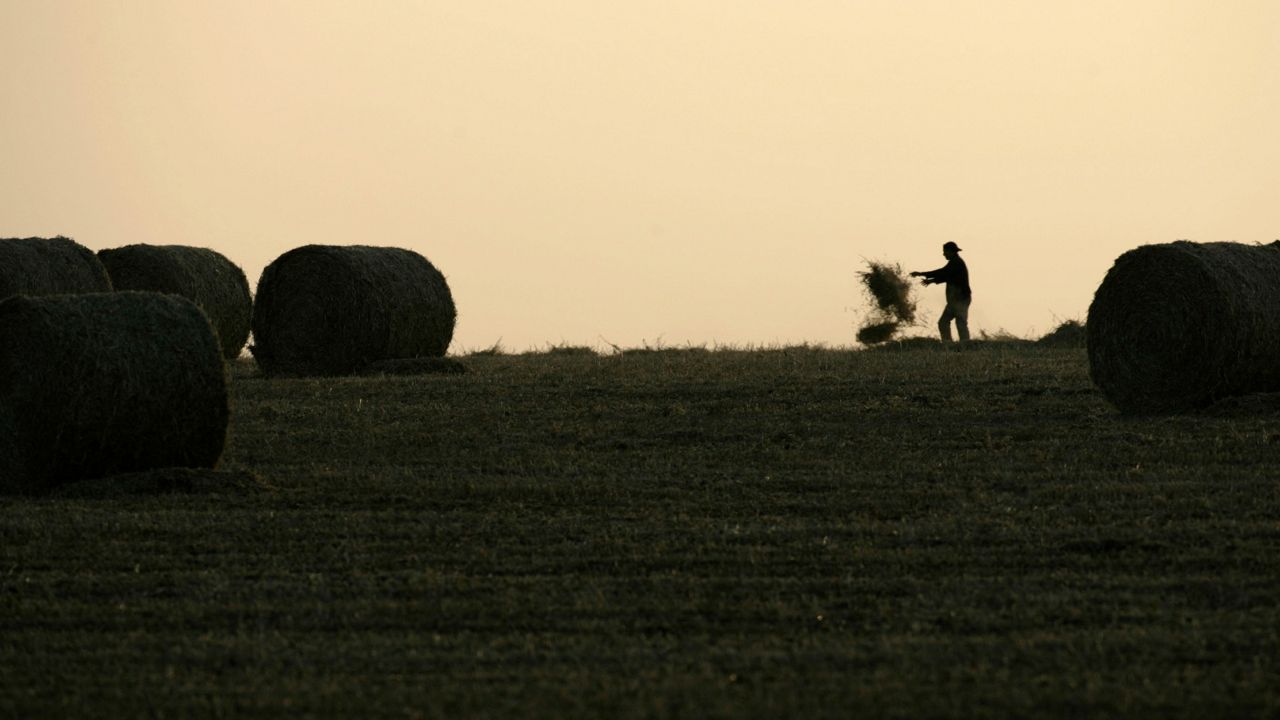 Over the past few years, New York state legislators have been attempting to right some historic wrongs when it comes to farm workers.

In 2020, the “Farm Laborers Fair Labor Practices Act” went into effect. It provides protections for farm workers, including a day of rest each week, disability coverage and time-and-a-half for work over 60 hours a week. But advocates want to lower the overtime threshold for farmworkers to 40 hours a week, in keeping with the benefits that most other workers receive.

The problem, according to farmers, is that they say they can’t afford it.

“My two sons just recently returned from college and they are looking at taking over our family business and they are extremely concerned over this issue. (They are) trying to see if they could find a way forward (and) be solvent,” New York Farm Bureau President and St. Lawrence County dairy farmer David Fisher told Capital Tonight.

The overtime threshold has been discussed for months in a series of hearings conducted by the New York State Department of Labor’s Wage Board. The final decision to maintain or lower the threshold was delayed in December by Gov. Kathy Hochul.

The Wage Board’s hearing on Thursday was expected to be the last one, but the Department of Labor announced that it has scheduled an additional hearing on the issue for next Friday, Jan. 28 at 2 p.m.

Meanwhile, in her executive budget, Gov. Kathy Hochul proposed a refundable tax credit for overtime hours paid by agricultural businesses to their workers.

But Fisher said that it’s too early to tell whether such a tax credit would help farmers.

“It could be a benefit, but there are huge unknowns. We don’t know what the details are. We don’t know the willingness of the Senate and Assembly to keep it there, and we don’t know how it would be paid back,” Fisher explained.

According to Fisher, some farmers are concerned that even if the tax credit is signed into law that they would likely still have to front the money.

“It could be a year and half to two years before you get it back,” he said. “That’s going to cause a cash flow issue for those farms. It’s just a big unknown at this point.”

But Donna Lieberman, executive director of the New York Civil Liberties Union, argues that delaying this change is unacceptable.

“It’s absolutely essential that New York come up with a path to overtime for over 40 hours a week for farm workers,” she said. “Exploitation has no place in the New York budget or in the culture or actuality of New York.”

According to Lieberman, consumers should be prepared to pay a little more for produce, rather than saving a few pennies on the backs of farm laborers.

“We finally recognized during the pandemic that farm laborers are frontline workers,” she said. “They put the food we eat on our tables.”

This issue is in various stages of implementation in agricultural states like Oregon, Washington and California.

In California, where overtime for farmworkers has already been implemented, there are concerns that farmers may adjust their costs by mechanizing, reducing their workforce or revising schedules. And some workers are saying they need second jobs to make ends meet.

“Actually, that’s not what the data says. There may be isolated cases, but the Farm Bureau has been kind of crying wolf for a long time,” Lieberman said. “They’ve cried wolf every time some protection for farm workers has passed; they say this is going to force us to shut down and it just hasn’t happened.”