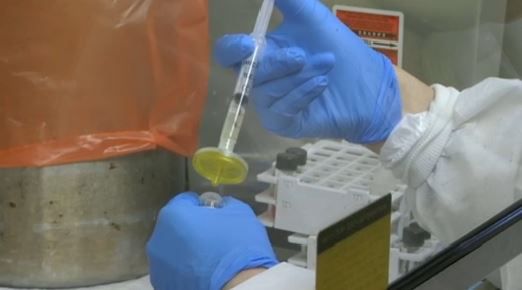 HIV Infections Down 40% Since Cuomo Initiative

Since Governor Cuomo’s “Ending the Epidemic” Initiative began in 2014, the number of new HIV infections has dropped 40 percent.

"To see this progress, it really lifts all of us to realize that everything we are doing truly is making a difference," said Albany Damien House Executive Director Perry Junjulas.

Junjulas was part of the task force that helped Governor Cuomo create the Ending the Epidemic plan. The initiative is to have by 2020, the number of new HIV infections lower than the number of people who pass away from HIV in a year.

New data from 2018 shows that 82 percent of people in the state newly diagnosed with HIV, received care within 30 days, lowering the number of new infections being diagnosed from 2017 to 2018 by 11 percent.

These shrinking numbers are attributed to the fact that people are being diagnosed with HIV sooner and medication for the infection is also more easily available.

But as Junjulas, explains, the number one need to combat this infection is housing. In New York City, there are housing programs available for low income residents living with HIV. However, for Upstate New York these services are lacking.

"We still don’t have enough resources to properly house all the persons who are unstably housed who are living with HIV and housing truly is health care. And without housing a person cannot take medications, cannot go to the doctor," explains Junjulas.

In honor of World Aids Day, the Damien Center and the State Health Department will be holding events Tuesday and Wednesday.