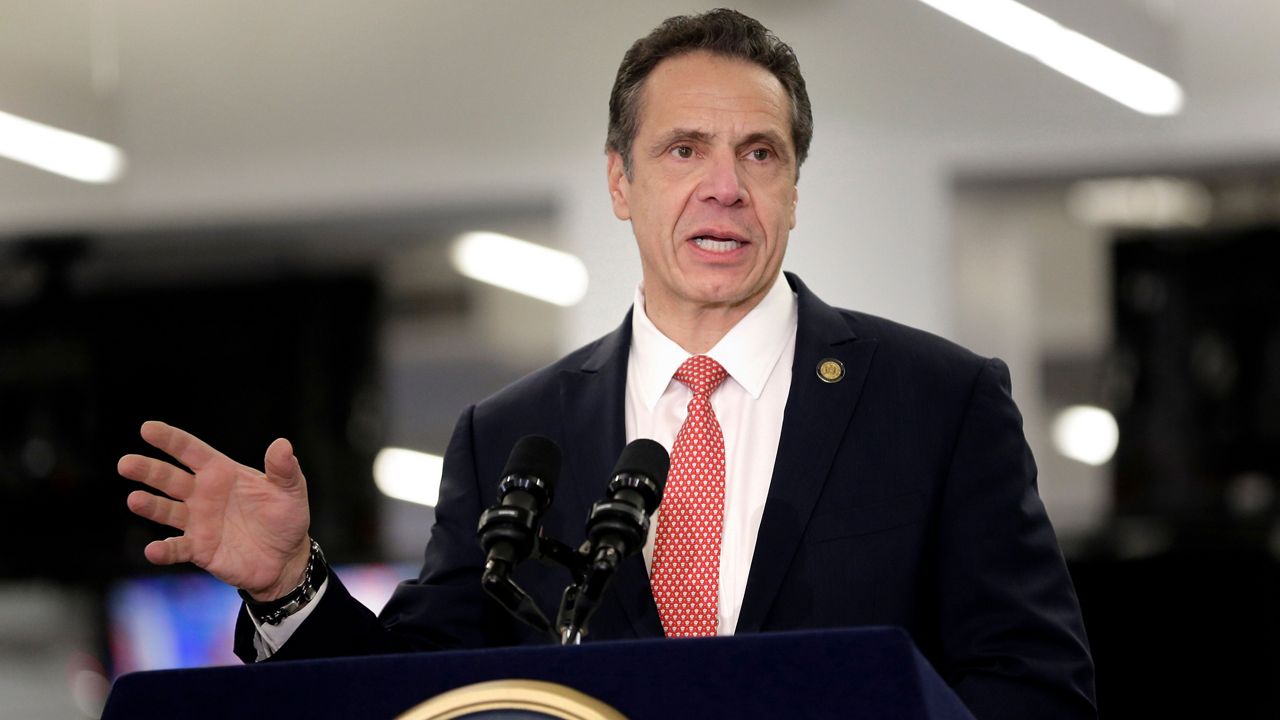 A file image of Gov. Andrew Cuomo in New York on February 14, 2019. Photo courtesy of the Associated Press.

Cuomo: Working Families Party Must 'Work' to Get on the Ballot in the Future

New York state's Public Finance Commission voted on Monday to raise the vote threshold that third parties need to maintain their presence on the ballot.

And while that may sound innocent enough, some on the progressive left believe this was nothing more than an attempt to eliminate third parties, including the Working Families Party, as revenge for endorsing Gov. Andrew Cuomo's primary opponent in last year's election.

Cuomo defended the new threshold in remarks Tuesday after a pre-holiday turkey giveaway.

"You can't give away public money without accountability and responsibility," the governor said. "So what qualifies as a party to participate in public financing? And that's the definition that they have to set."

The commission was created by Cuomo and legislative leaders earlier this year in lieu of passing a campaign finance bill themselves. The commission was then given the added authority of tinkering with the third parties. The new vote threshold could spell doom for the Green and Independence Parties, but the fate of the Working Families Party is less sure.

"The Working Families Party, I think, would meet that threshold. You have to work to meet the threshold," the governor said. "But if you are not meeting the threshold, then you shouldn't be qualifying for public money anyway."

.⁦@NYGovCuomo⁩ says the Public Finance Commission has to make sure all third parties are viable when it comes to the public’s money.

Says he believes ⁦@NYWFP⁩ will meet the new higher vote threshold to maintain ballot position. Adds, “they may have to work harder.” pic.twitter.com/k2LKtErXtE

The commission's recommendations for a statewide public finance system are also winning jeers from experts who say the actual numbers aren't good enough.

"What they are allowing are very high campaign contribution limits. They are lower than what the current law is, but they are still very high. They have a unique public financing system that we've never seen before. It's not based on what New York City does. And the whole program is going to be boot-strapped on top of the state Board of Elections, which, I think, charitably, can be described as having a mixed record when it comes to these issues," New York Public Interest Research Group Fund (NYPIRG) Executive Director Blair Horner said.

The final commission report is due Sunday, but most of the major details about what it contains are already known.

If the legislature takes no action, the commission's recommendations are binding and automatically become law.