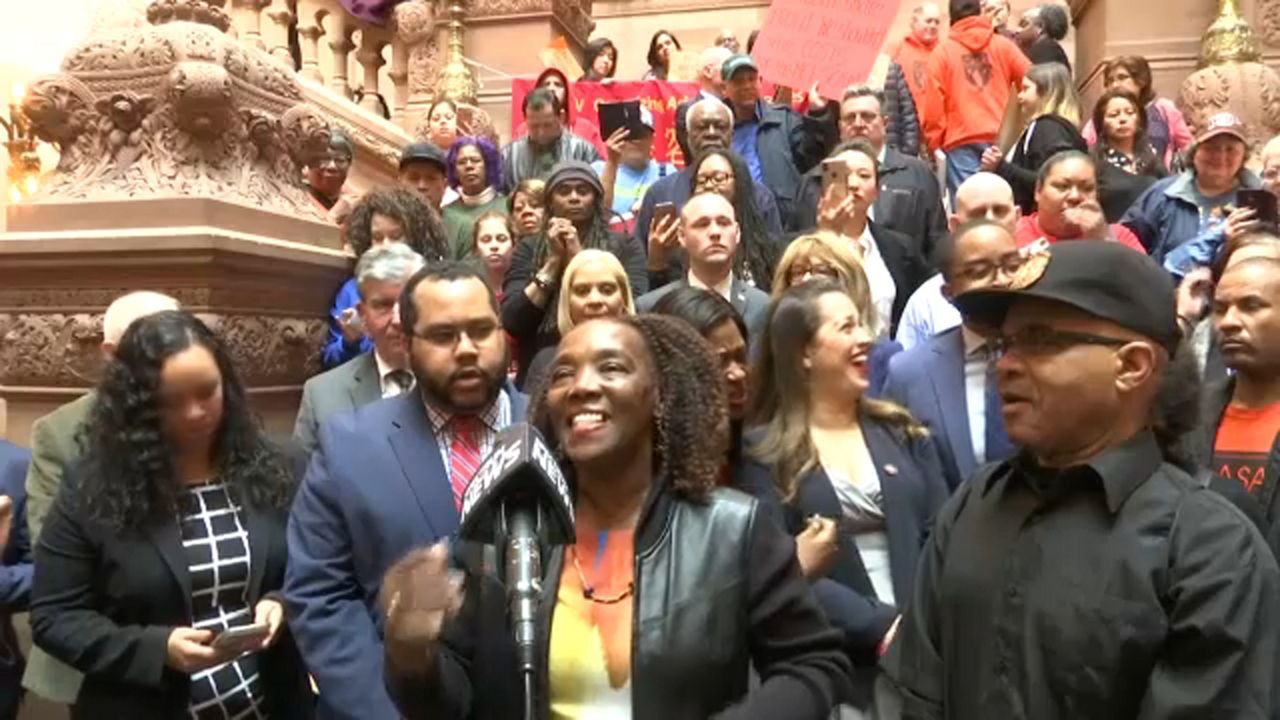 What Would Statewide Rent Control Mean for Upstate Tenants?

Rent control has primarily been a downstate, New York City issue. But with regulations due to expire in June, lawmakers want to expand protections for tenants statewide.

State lawmakers and advocates rallied on Tuesday at the Capitol for the extension of rent control. But this year the push comes with a twist as upstate cities are being eyed for the regulations as well.

“I don't care if you're downstate, upstate, eastern state, western state, central state, we are standing together with our tenants,” said Senator Zellnor Myrie.

But not all upstate tenants would necessarily get the protections. A local government would have to opt in for the regulations that are meant to keep rent affordable.

“An emergency would have to declared, a local council would have opt in,” said Assembly Speaker Carl Heastie. “So, it's not automatic. It's a choice by the locality if they felt they have a housing emergency. If you never reach those issues with a 5 percent vacancy rate, it would never be an issue.”

Another proposed regulation would protect tenants when landlords attempt to remove them when a lease is up without a good reason.

Lawmakers in upstate cities, where poverty rates are high, say they would welcome the change.

Democrats in the Legislature are hopeful they would be able to pass a pro-tenant agenda this year now that they control both the state Senate and Assembly. In the past, Republicans have been hesitant to expand rent control regulations.

“It is time for the government to work for the people and work for the tenants and not work for the landlords who are already making money on our backs,” said Senator Mike Gianaris.

The current rent control regulations are set to expire on June 15.