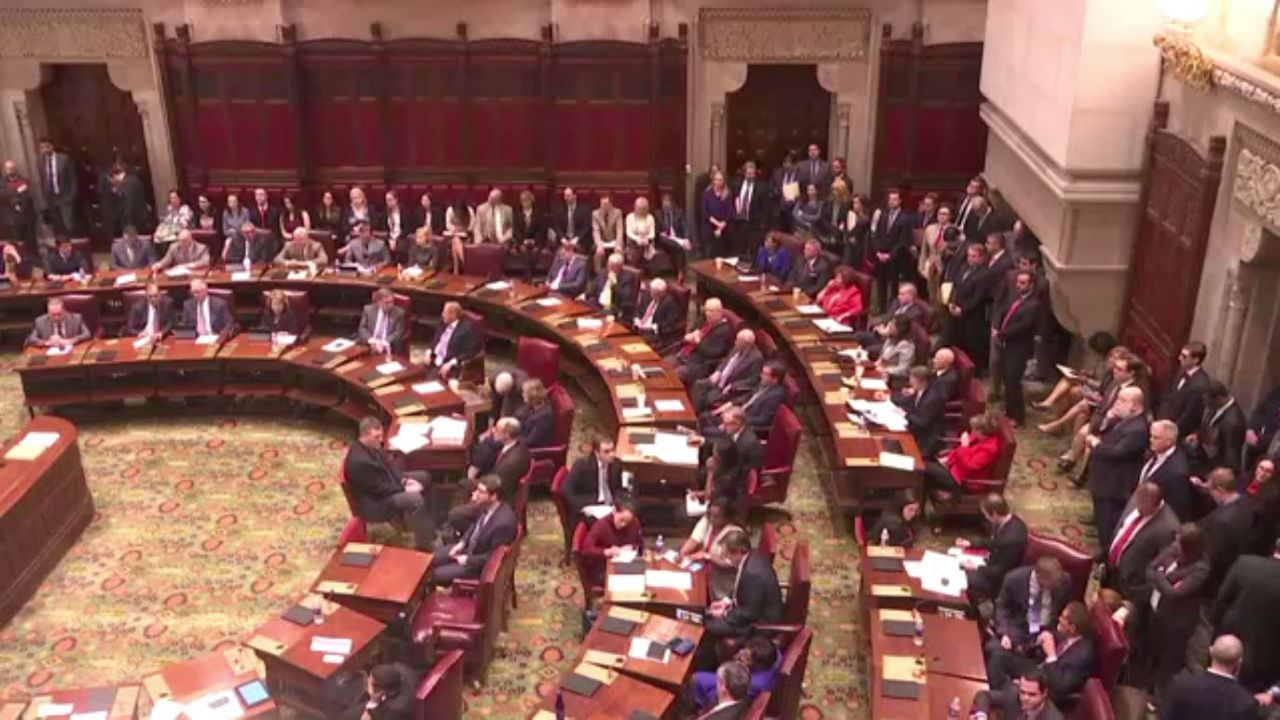 4 things to watch for as legislative session ends

ALBANY, N.Y. — The legislative session is wrapping up in a matter of days and the agenda is relatively thin, given the looming congressional primaries in June and the state races in September.

Lawmakers may actually end the session early this year and there are no hard deadlines for them to reach agreements. Still, there are some issues lawmakers and the governor may try to tackle in the coming days.

1) The Child Victims Act — The bill that would make it easier for the survivors of childhood sexual abuse to file lawsuits has languished in the Legislature for years. The last year alone, advocates for the Legislature have hoped the societal reckoning surrounding sexual abuse and assault would shift the debate in Albany. Still, despite a sustained campaign for the bill, it has been opposed by organizations like the Catholic Church. In the Senate, where the bill has struggled the most, Republicans have proposed a compromise measure that would create a public fund for settlements. Some supporters have argued this essentially places a cap on compensation for survivors.

2) Sports betting  — There was some muddled confusion in the days after the U.S. Supreme Court struck down a ban on sports betting over what, exactly, state legislators needed to act on. Some were willing to fall back on the current law that would allow the state’s gaming commission to write regulations for commercial casinos to open sports books. But the more elaborate regulations, such as creating a regulatory plan for allowing sports bets taken on smart phones, would have to go through the legislative process. That could create a last-minute dash to the finish line for lobbying by sports leagues, betting organizations and casino operators to craft the final agreement on what is expected to be a lucrative new era in sports and wagering.

3) Teacher evaluations — Lawmakers in April began a push to decouple state-based standardized tests from how teachers and principles are evaluated. If it were to happen, it would be a major victory by the state’s teachers unions, which had bitterly opposed the original law in 2015 that had been championed by Gov. Andrew Cuomo. The measure was approved quickly in the Democratic-led Assembly, but remains bottled up in committee in the Republican-controlled Senate. Majority Leader John Flanagan in the Senate has not been as quick to embrace the measure, however. Cuomo has largely sought to make peace with the United Federation of Teachers and the New York State United Teachers unions as he faces re-election this year and Democratic primary challenge. He’s indicated he would sign the legislation if approved.

4) Marijuana legalization — A major question remains over just how far a report being prepared by the state Department of Health will go toward endorsing the legalization of marijuana, which is already moving forward in neighboring states. Cuomo announced in January the report was being conducted to determine the impact of legalized marijuana in other states. In recent weeks, Cuomo has indicated the report would be finished soon and that the “facts have changed” on the legalization issue as his primary opponent, Cynthia Nixon, has endorsed a plan that would legalize and commercialize marijuana in New York. As for legislative action, it’s unlikely lawmakers would do anything. Still, New York has liberalized its marijuana laws in recent years, with a medical cannabis program that has since its inception expanded the applicable illnesses for a prescription.