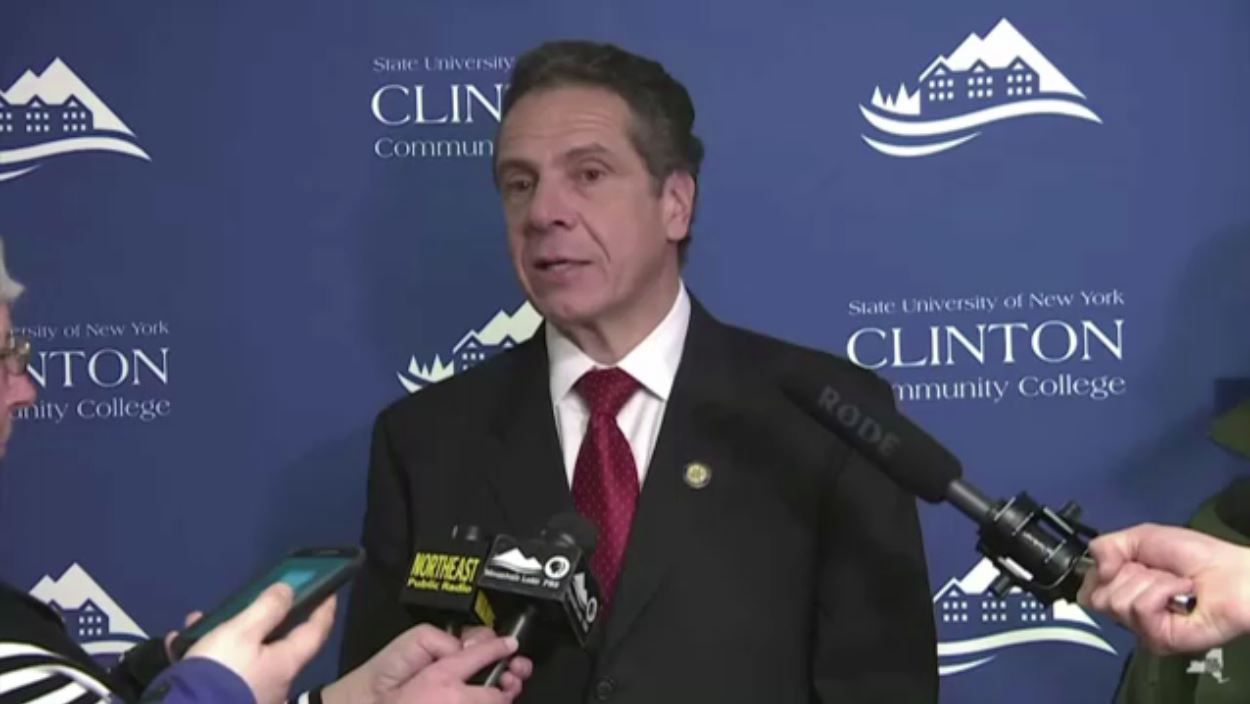 During the first year of Donald Trump's presidency, New York Governor Andrew Cuomo kept the criticism to a minimum, often avoiding even the use of the president's name. Now, Cuomo has been increasingly and directly criticizing Trump's record.

Cuomo this week ridiculed Trump's State of the Union address, saying it lacked sincerity with its call for bipartisanship in Washington.

"So, if you want to be bipartisan, Mr. President, you demonstrate the sincerity and credibility, because it's exactly opposite everything you have done," Cuomo said.

Later, the governor mocked Trump's push for a wall on the U.S. border with Mexico.

" 'I am going to build a great wall -- like China built a great wall,' " Cuomo said. "It was ridiculous as campaign rhetoric. It's absurd as government policy."

While this could fuel speculation that Cuomo is considering a challenge to Trump in the 2020 presidential election, it also comes as the governor faces re-election this year. The state Democratic Party leaders hand-picked by Cuomo are wasting little time to paint his challengers as Trump Republicans.

The criticism also comes as Cuomo is pushing back against a $10,000 cap on state and local tax deductions. His Republican opponents say it's Cuomo who has a bad record on taxes and spending.

"Times have changed," said GOP gubernatorial candidate John DeFrancisco. "I don't call him a friend of the taxpayer, and I defy you to find someone who will really say that."

It remains to be seen if Cuomo can transfer Trump's unpopularity in New York to his Republican rivals in the race for governor.