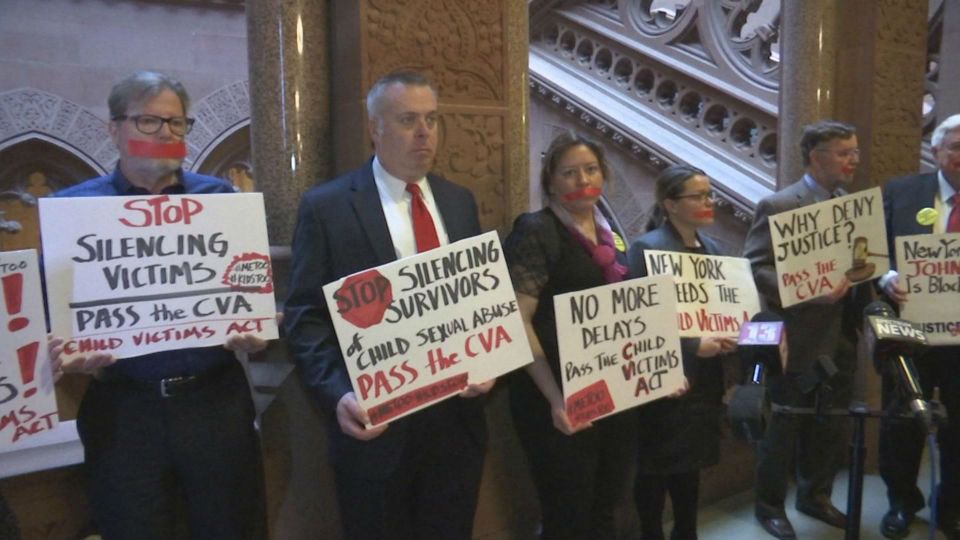 ALBANY, N.Y. -- For more than a decade, advocates have traveled to Albany to push for a bill that would make it easier for the survivors of childhood sexual abuse to file lawsuits, but supporters of the measure known as the Child Victims Act say this year is different as perceptions surrounding sexual abuse and misconduct have changed in the last several months.

For Bridie Farrell, the revelations of the past year including the abuse of Olympic gymnasts by former team physician Larry Nassar, were not a surprise. Farrell herself was abused by a 33-year-old teammate while training as an Olympic athlete.

The bill has stalled in the state Senate, where institutions like the Catholic Church have raised concerns with the impact of litigation.

"It's really the state Senate that has been cowed by institutions and has refused to take a moral stand," said Assemblywoman Linda Rosenthal, D-Manhattan.

"We should be prepared to take it on. This is the moment that we have been waiting for. The #MeToo moment has given us the courage to speak openly," said state Sen. Brad Hoylman, D-Manhattan.

Republican Senator John DeFrancisco has raised concerns with the bill as proposed, but would not speak extensively about it on Tuesday.

Governor Andrew Cuomo included the proposal as part of his $168 billion budget.