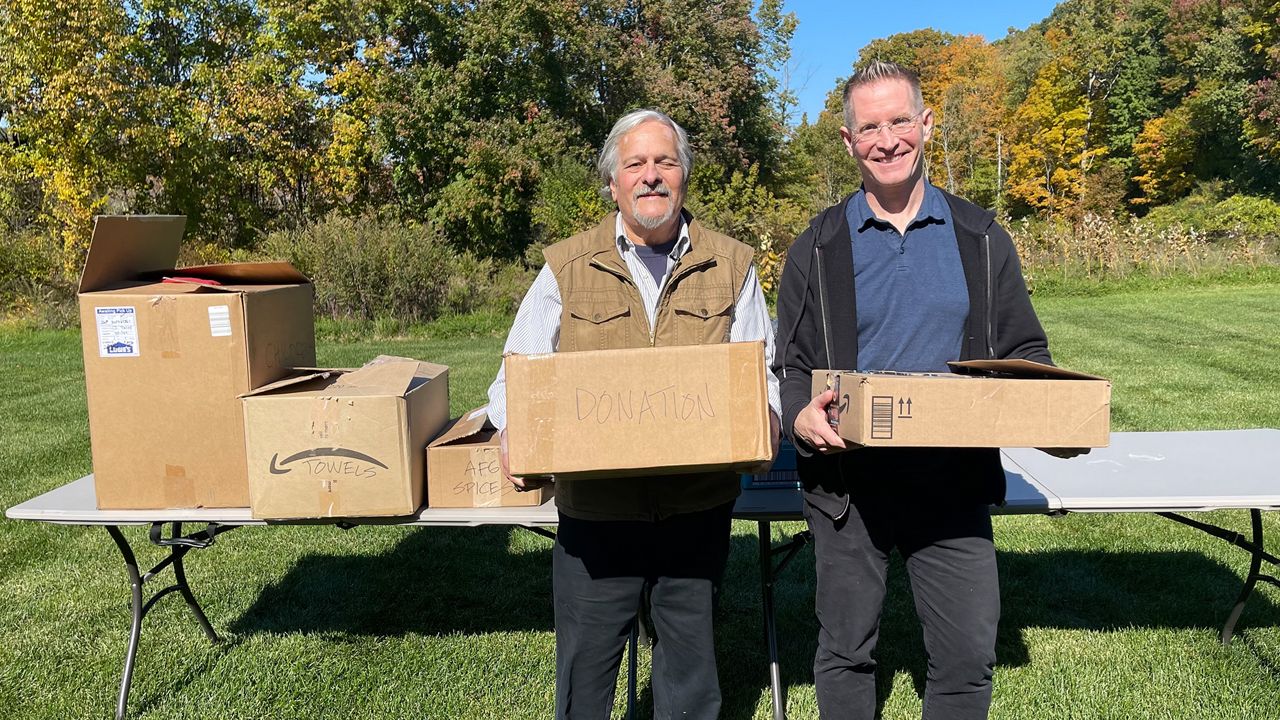 It’s been more than a year since the U.S. withdrawal from Afghanistan. The majority of Afghans who fled the Taliban takeover entered the U.S. on humanitarian grounds, which allows them to live and work legally in the U.S. for two years, but on Oct. 1, the Biden administration let the policy known as humanitarian parole expire, leaving many Afghans overseas in limbo.

This policy shift at U.S. ports of entry is a concern for some advocates like Harv Hilowitz, the founder of the Afghan Circle of the Hudson Valley, who believes the Biden administration is allowing for a humanitarian crisis.

“In our immediate families that we’ve been assisting in the Hudson Valley region, they have family members who are stranded overseas,” Hilowitz said. “And they were expecting their family members to get here. Now that that’s been cut off, those other folks have really no other way of getting in, so what that does is, it’s created a real trauma for the families that we’ve been assisting.”

Moving forward, Afghans will now have to seek a green card or other permanent status, like other foreign nationals.

In a statement, the Department of Homeland Security tells Spectrum News 1, “Operation Allies Welcome was a historic whole-of-society effort to resettle our Afghan allies, in communities across our country.”

The federal government teamed up with state governments and local non-profit organizations to make it happen. More than 88,000 Afghans came into the U.S. in the last 14 months, according to Homeland Security. Almost 90% of them are on humanitarian parole.

Hilowitz’s organization, which is volunteer-run, relies on donations from the community and partnerships with other groups who are dedicated to helping displaced Afghans resettle in the region. He works closely with Robert Sabuda, the founder of Plutarch for Refugees, based in New Paltz.

“Robert and I, our groups, and many other groups, have been taking in Afghans who have really come here with almost nothing, and no help from the government,” Hilowitz said. “No help from any other agencies as well, so the need is still there.”

Hilowitz and Sabuda like to stay organized so they can act fast to help people in need. An Afghan family of eight currently living in Virginia is resettling in the Hudson Valley. After months of planning, Sabuda has finally received word that the family will arrive in a matter of days to begin their new lives.

“The Afghan people want to be here,” Hilowitz said. “They want to experience the American dream and we’re happy to have them.”

Afghans will no longer be allowed quick entry into the U.S. They can apply for humanitarian parole or asylum. According to the Justice Department, there are nearly 670,000 pending asylum applications in the immigration court system. Because of the backlog, immigrants can be left waiting years before their case is heard.