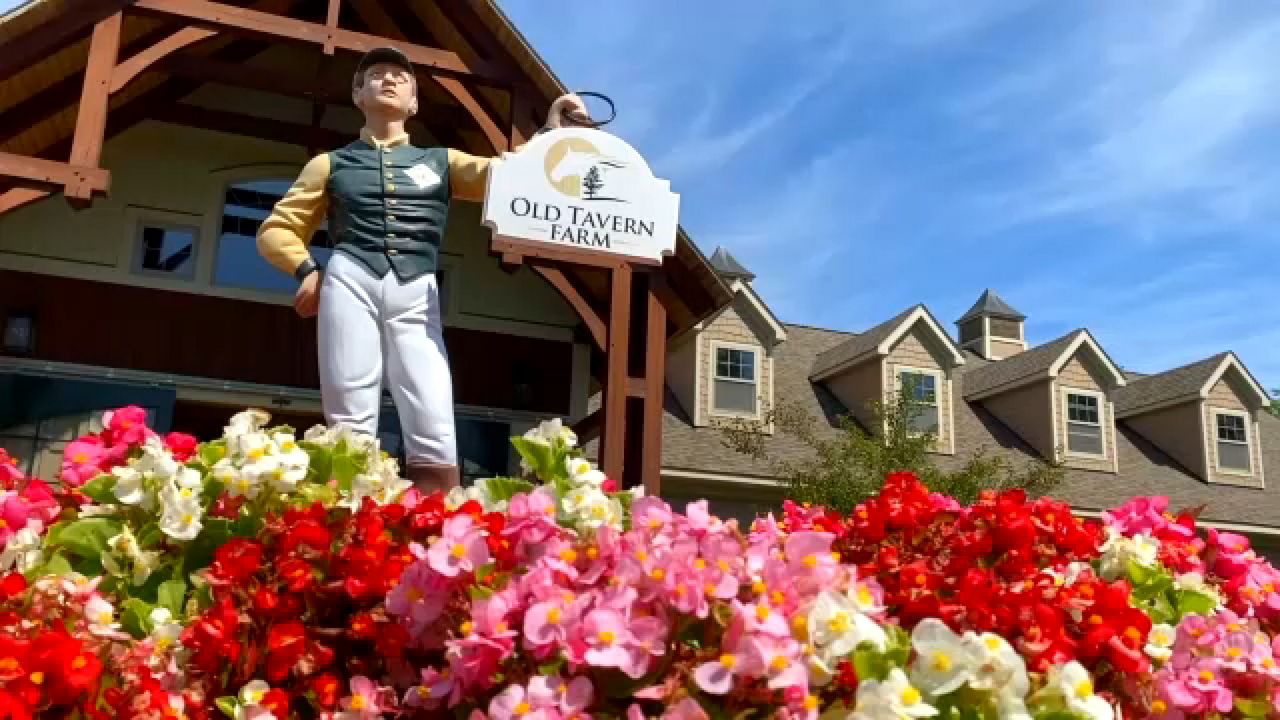 But this year, you’ll see more than just their horses at the Saratoga Race Course, as the winery opened about six years ago, when owner Nicole Borisenok decided to leave a corporate job in fashion at her parent’s farm.

“I went from traveling the world to making wine in my garage, but it’s something I have a passion for and you know I believe in this farm and I believe we’re just going to be getting started,” Borisenok said.

They bottle up about 10,000 bottles of a wine a year, going from corks to cans.

“The biggest tourism here in Saratoga is the track and SPAC, two places where you can’t necessarily bring glass into those venues,” Borisenok said.

Giving their classic rose a new look, and since then the winery business bloomed into much more.

“Everyone has fallen in love with the packaging of the rose. So, like I said each wine is inspired by something on the farm here. I would bring flowers from the farm with me to my wine tastings. So, believe it or not, this rose can has pushed Old Tavern Farm also into a flower farm,” Borisenok said.

The full fledge flower farm sells at farmers markets and even does weddings, but their milestone yet can’t be measured by the bottle.

“So when I was younger, I would always go to the track with my family, and then actually, when we got into high school and got old enough, my best friend and I actually worked at the track selling ice cream,” Borisenok said.

Now it’s her wine being sold to the thousands that flock to Saratoga Race Course. The rose on full display.

“I’ll keep it between us, who was the better ice cream salesman,” Borisenok said. “But, 15 years later, to now present, a product that we developed on our own, and to think it would ever be at the Saratoga racetrack, I don’t think I ever could’ve guessed of it. It’s really come full circle.”

It’s proof that putting passion into every drop is paying off.

“I truly really feel if you’re passionate about what you’re doing and you stay true to who you are, I think success will follow and I think that’s what we’ve been doing at Old Tavern Farm,” Borisenok said.