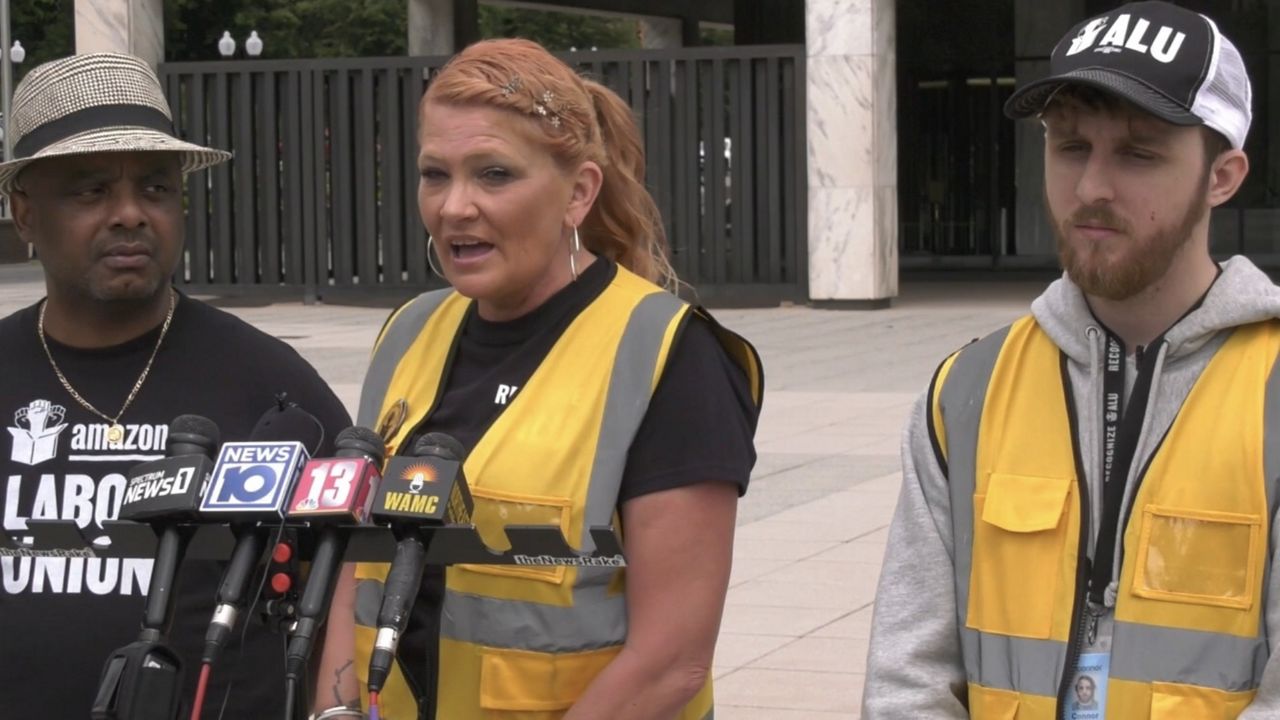 Workers at Amazon’s distribution center in Schodack are attempting to form a union.

The group filed for an election with the National Labor Relations Board on Tuesday, citing poor wages and safety concerns.

"$15.70 an hour for this work is not enough to provide a living wage for our employees,” Goodall said.

The East Greenbush resident has been employed by the tech giant since February, but has been on medical leave for several weeks.

“Literally microwaves falling off of the shelves,” she recalled happening on one occasion. “We learned that the conveyer belt was modified manually, causing the conveyer belt to jam, and that has caused injures. I believe we’re up to 120 EMS responses since the building opened.”

Spectrum News 1 received a brief statement from Amazon. A spokesman said that it may be updated once the company has a chance to review the filing.

“Our employees have the choice of whether or not to join a union. They always have,” Paul Flanagan wrote. “As a company, we don’t think unions are the best answer for our employees. Our focus remains on working directly with our team to continue making Amazon a great place to work.”

Despite that sentiment, union organizers claim top brass at the Schodack facility have instilled fear in employees over joining the effort, even calling the police during what Goodall described as an informational session inside a break area. The encounter was shared on social media.

Should the group succeed, it would be Amazon’s fourth distribution center to unionize since the spring, including two facilities downstate.

“We, essentially, had to build our union from the ground up, and there have been challenges associated with that,” Amazon Labor Union Secretary and Treasurer Connor Spence said. “I’m glad we did it because it’s making us a stronger union.”

People involved with the movement are hoping their efforts empowers others.

“Amazon workers are fed up, and they just have to be given the tools to organize themselves,” Spence said.