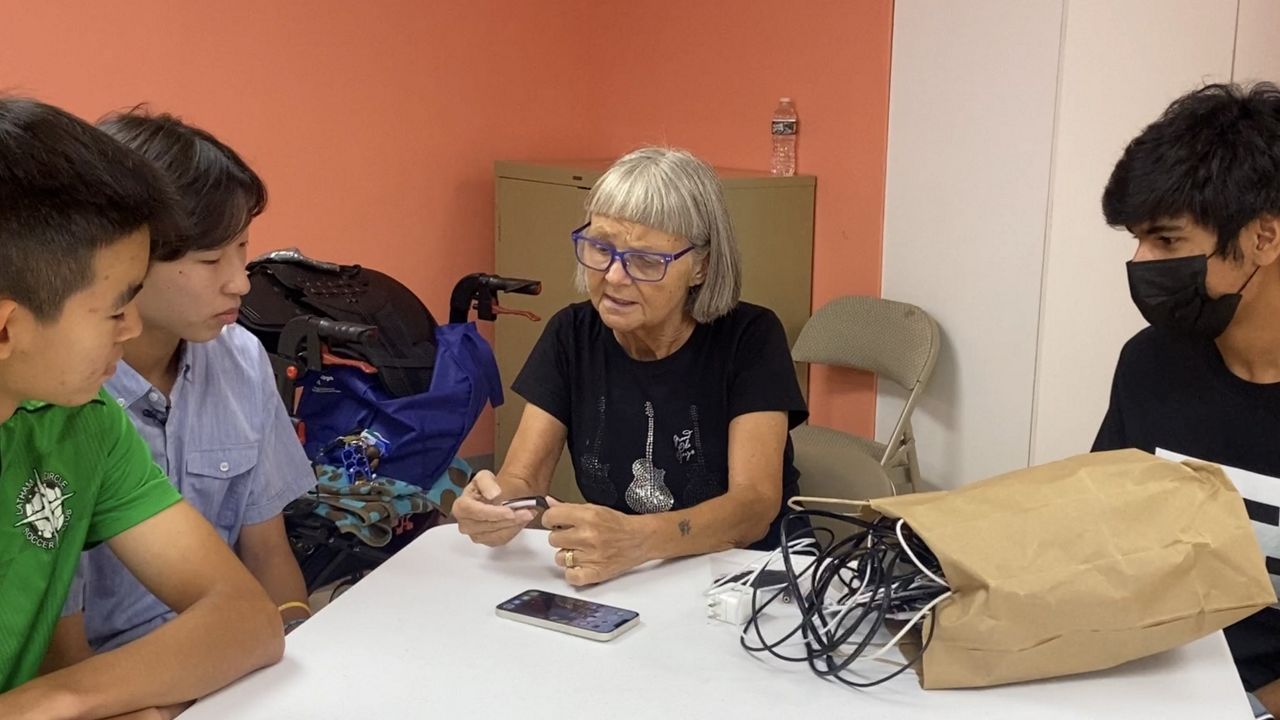 Christina Homer, a resident with Beltrone Living Center, has all the tech she can get her hands on. But sorting through the cords and figuring out how the gadgets work is a different story.

“I may have started with computers at Albany Med in 1976, but the size of that computer was bigger than this room,” said Homer.

Across the state, libraries are rolling out new initiatives to help bridge the digital divide. It’s more than just connecting people with Wi-Fi and tablets. It's providing resources to educate residents on how to use these devices and expand their tech skill set.

A group of teen tech tutors assist seniors twice a week, one day at the Colonie Library and another at the Beltrone Senior Center.

Libraries have become more than just a building of books. In Voorheesville, Digital Services Librarian Colleen Ellithorpe said in such a rural community, there are several residents with limited internet service. So they’ve added Wi-Fi spots in the library’s parking lot to provide access, even when the building is closed.

“As well as the rail trail pavilion, which is a popular rec area in our community. Additionally, we’ve loaned hotspots to our students who had to pivot to remote learning,” said Ellithorpe.

Ellithorpe said it doesn't end with connecting the unconnected. It's continuing to provide educational tech resources for the community. The library is also hosting summer tech classes, where they’re learning how to use a 3D printer.