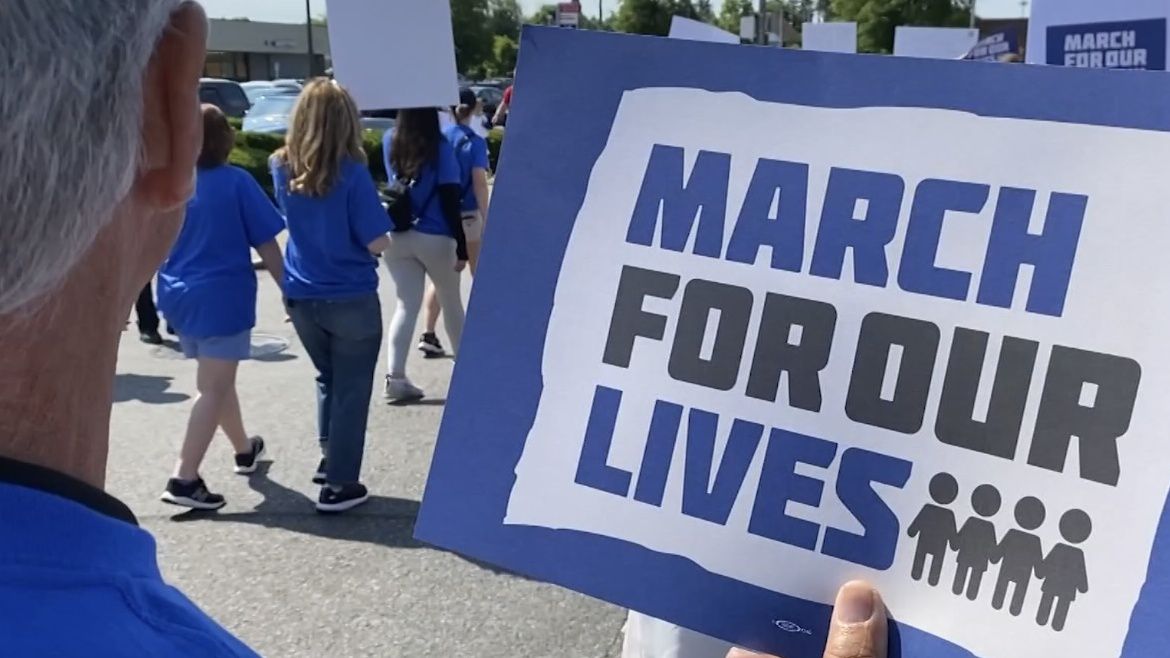 March for Our Lives rallygoers gather across Upstate New York

About a month since a mass shooting in Buffalo that took 10 lives, hundreds gathered to walk the city’s streets.

March for Our Lives organizers called on their fellow community members to speak up and create change.

Demonstrators say moments like Saturday's march are what build a community back up following tragedy.

“People of different ethnicities, different cultures, races coming together as one to stand for this,” attendee Jessica Dehlinger said. “To work towards gun reform and work towards not only children, but a community as a whole.”

Among the hundreds that marched statewide were students, educators and families, who all called for change, especially after the shooting in Uvalde, Texas about two weeks ago.

In fact, some supporters were out fighting this same issue four years ago at the original March for Our Lives rallies.

Gathered here in West Capitol Park, hundreds of families, educators, politicians and more calling on change when it comes to Gun Violence. Rallies like these are taking place across the country today. @SpecNews1Albany pic.twitter.com/YmFuI2mnsW

“It’s time for us to do it again,” Tonya Dugan of Moms Demand Action for Gun Sense in America said. “Not enough is being done in the fact that another shooting and another elementary school on this level can happen again is unacceptable.”

The voices of these protestors reached as far as the footsteps of the state's capital.

Joining March for Our Lives organizers were politicians voicing their concerns about gun violence in New York and across the nation.

“There an outspokenness that is understandable, and it’s filled with passion,” Rep. Paul Tonko said. “People know that their children are trying to process and they need to know their government is listening.”

Among the group of elected officials speaking was Lieut. Gov. Antonio Delgado.

“It’s incumbent on us to put as much pressure as we can at the federal level and the Senate in particular. That’s where the dam is. We have to just through that,” Delgado said. “That requires energy. That requires passion. That requires commitment. That requires dedication.”