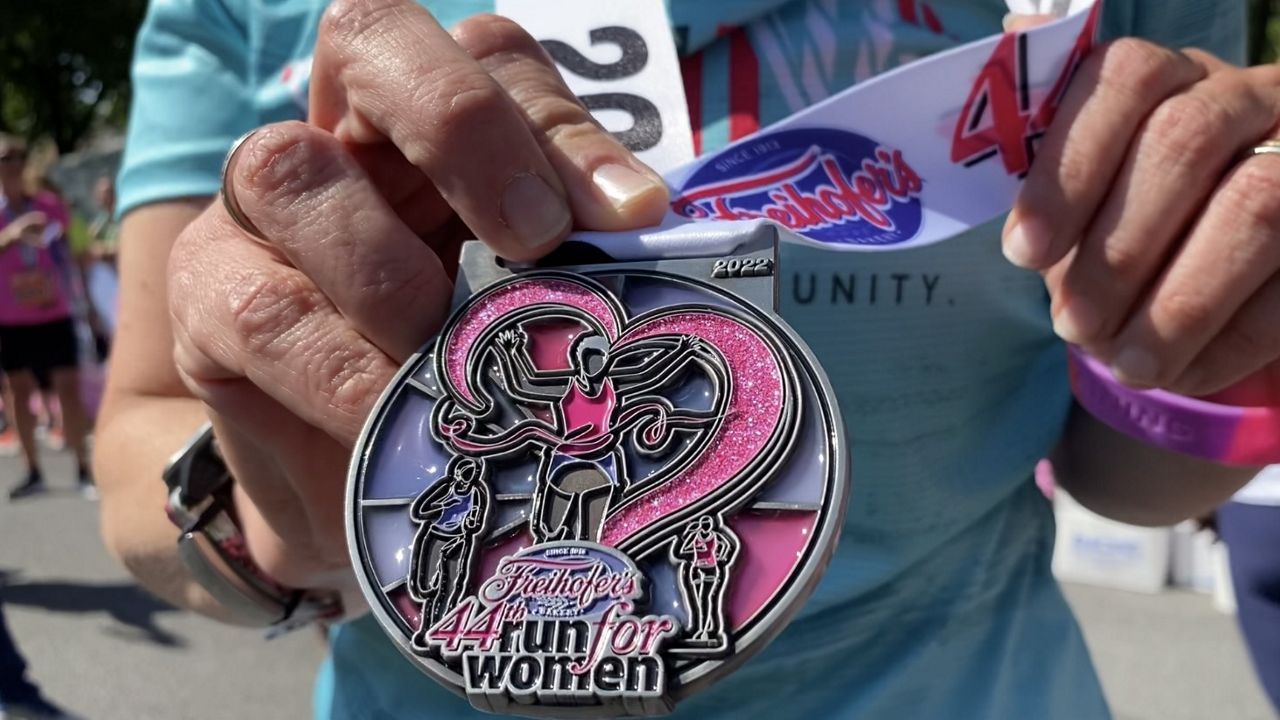 This weekend, downtown Albany hosted the 44th annual Freihofer's Run for Women. Runners from all over have been getting their kicks ready.

Eleonora Morrell has been running 5Ks and marathons for the past 15 years. She got her start in competitive running at the Freihofer's Run for Women in Albany.

“I started running and kept going and going,” Morrell said. “It’s just brought me to a better lifestyle. Just strong and powerful, and it’s great.”

While Morrell never lacks the motivation to keep running, at Saturday’s 5K, her motivating factor hit closer to home.

“Today will be my first race since I donated my kidney to my niece Stephanie in December," Morrell said. “So yeah, I’m really excited to be here.”

Stephanie Berkofsky joined her Saturday to cheer on her aunt as she made her return to the road course.

“She’s done a lot for me, and she gave me my greatest gift ever,” Berkofsky said. “I can’t stop thanking her and God for the gift she gave me.”

Berkofsky says she’s forever grateful for her aunt’s decision and that the kidney donation has undoubtedly made them closer.

“I’m never going to be in a hospital,” Berkofsky said as she hugged her aunt.

As she headed for the starting line, Morrell was all smiles.

“If I could tell someone else to do this, it’s one of the best things you can do. Save a life,” Morrell said.

With 2,500 other women and her family cheering on, Morrell clocked a 36-minute time.

After being reunited with her family after the race, Morrell handed her race medal to her niece. She says she hopes to have inspired others with her performance.

“There’s so many people who can run a 5K, and I help train them,” Morrill said. “I had two healthy kidneys, I could give one to my niece. And it’s just because you can."