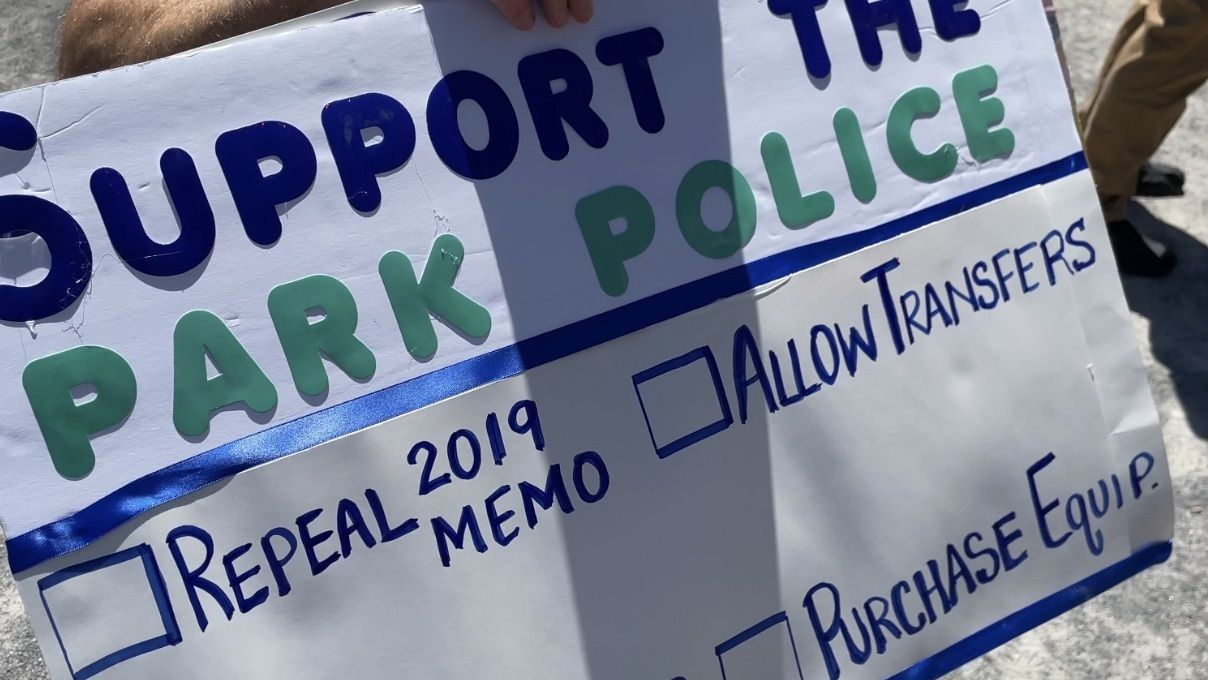 It dates back to former Gov. Andrew Cuomo’s administration trying to address soaring attendance at parks across the state. There were talks of a merge with state police, and hiring was frozen.

“The last date of hire for an officer with the New York State Park Police was October 2018,” McGarity said.

The park police was also forced to stop transfers and promotions. Its leadership was stripped, with state police taking command of the force, which at the time, was about 270 officers.

The plan appears to have been scrapped, however, by Gov. Kathy Hochul, who earlier this year indicated the agencies would remain separate.

Hochul also announced recently that Park Police would join a nationwide initiative to bring more women into law enforcement and a new training academy this fall.

The remaining officers believe Cuomo’s memorandum continues to cloud their future, and say the job needs to become more attractive if the state is serious about meeting Hochul’s goals.

That means better pay, benefits and restoring the agency’s ranks.

“I get to ride snowmobiles on duty. I go out on boats on duty. I can hike trails on duty. It’s an easy sell,” McGarity said. “We just need a clearly defined path going forward.”

Right now, there are less than 200 park police officers across the state. And as another busy summer season nears, some lawmakers are joining the cause.

“These are the best trained professionals in law enforcement our parks can have,” Assembly Member Carrie Woerner said. “And it’s time to let them do their job.”