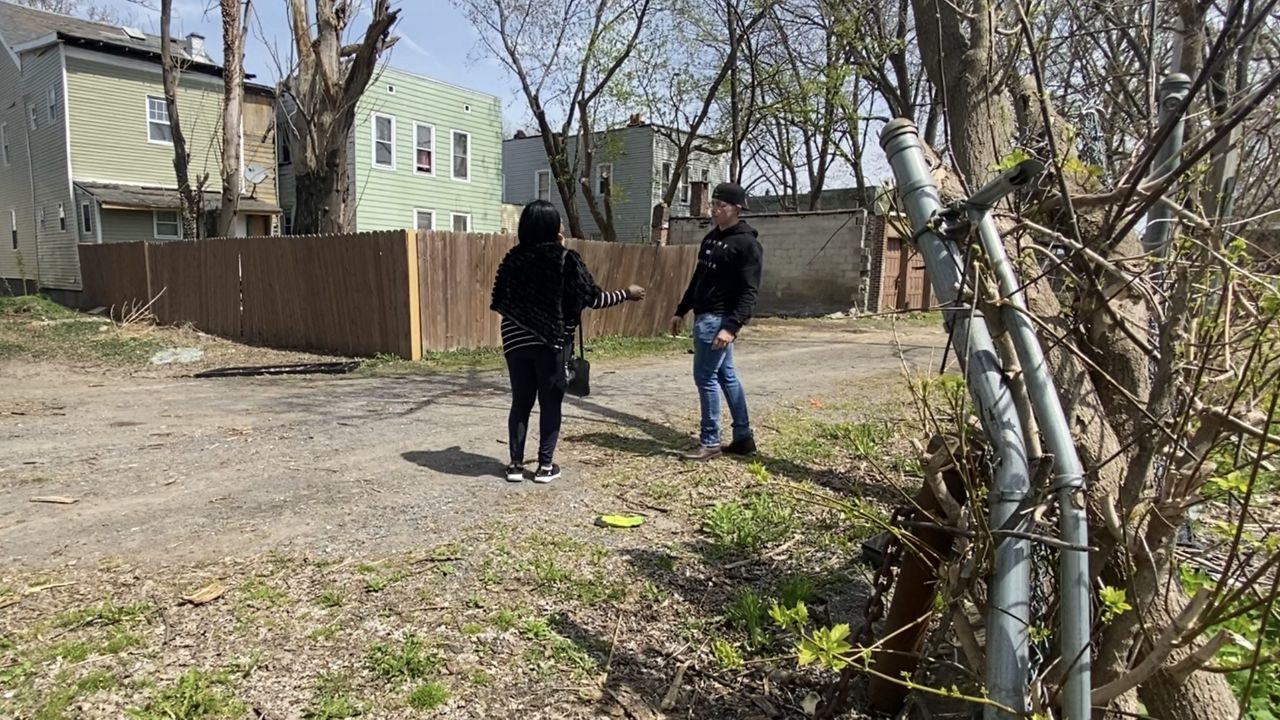 A spot in Albany previously known for drug use and violent activity will soon be a space neighbors can experience art, buy and sell fresh produce and watch musical performances.

In the West Hill area, there's an alley between Clinton Avenue and First Street off Quail Street that many neighbors steer clear of.

Jordan Alexander, the executive director of Grateful Villages, and Albany County Legislator Norma Chapman are among those working to transform the alleyway to attract the community.

"The people that live in this community aren't causing a lot of the negative energy that's here, and we want to represent those people in the community," said Alexander.

Chapman has lived nearby her entire life, and has long been bothered by what the alleyway represents.

"The hot spot is a place where they can come and sell drugs and do drugs, and they can do their bargaining right through this alleyway, so when they see all this big change, they're going to drive by and say, 'oh well, we can't go there. There's too much going on there.' And people in the community are going to be able to say, 'no, stop, stop the violence. We aren't going to do this here,' " said Chapman.

The goal is to create a beautiful environment to inspire positive outcomes. The city of Albany enlisted the help of New York City-based Van Alen Institute to collaborate on an art installation.

"We connect community leaders on the ground and help bring resources around community visions focusing on communities that have been excluded historically from shaping their built environment," said Deborah Marton, executive director of the Van Alen Institute.

They've raised funds to cover the build, around $60,000. City grants will cover some of the other development costs. But the West Hill project would be nothing without the people who live there.

Marton said designs, through designers at The Urban Conga, are being based on what the community says it wants to see.

"What you get out of a project like this is a cleaner alley, yes, but also there's nothing that brings folks together in a beautiful way than building something together," said Marton.

The vacant space was used in 2021 for the Albany Victory Garden's farmer's market. Urban farmers will continue to sell their fresh produce in the alleyway, but beginning this season, SNAP benefits can be used to purchase those fruits and vegetables.

"The capital ends up circling through the community and back into the community," said Alexander. "It's a big game-changer, not only for the community residents, but for the farmers as well."

New community partners will also be offering health testing, bicycle giveaways and lessons for kids. There are also plans to build a stage for live performances.

Weeks away from the start of the farmer's market, Chapman can clearly see the potential.

"I didn't realize how beautiful this alleyway is," said Chapman.

She said the transformation has so much more significance than a typical farmer's market.

The farmer's market will take place 12-4 p.m. on Saturdays beginning May 21.

The Van Alen Institute will be in the area on May 27 to show residents the final installation renderings and hear feedback. They hope to begin the installation soon after.