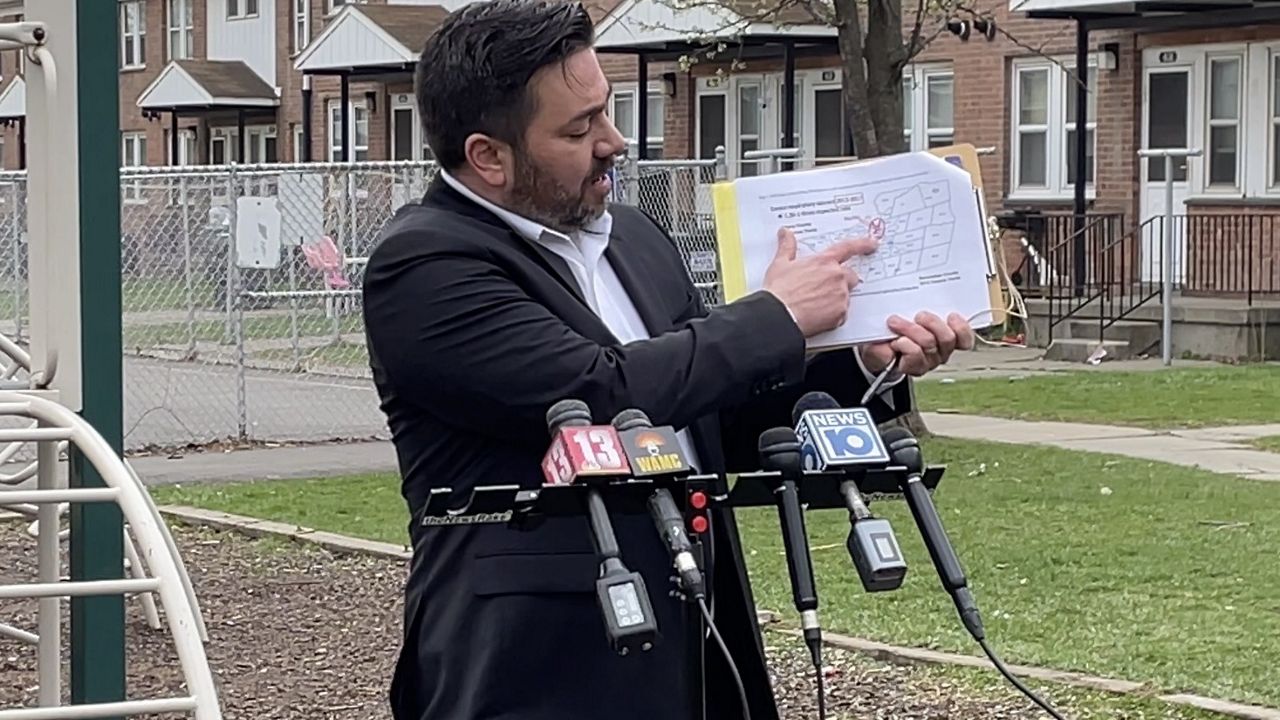 A biochemist with a background in cancer research who lives one mile south of the Norlite facility in Cohoes is sounding an alarm.

“We can find Norlite’s product on our windowsills,” Chris Sevinsky said. “There is a bonafide cluster of lung cancer in this area.”

Sevinsky said communities surrounding the manufacturer’s production of aggregate have been exposed to what he calls a volcanic-like, toxic dust for decades.

“Their uncovered dust has migrated for miles in all directions,” he said.

According to the state Department of Environmental Conservation (DEC), Norlite was issued a notice of violation in February and March regarding dust leaving it’s property. The company was required to submit a plan to the state on how to achieve zero emissions. That is being reviewed right now.

“People have been getting sick in here,” said David Sweener, who lives in Saratoga Sites, an affordable housing complex that neighbors Norlite.

“You go around back and you get an awful odor,” he said. “You have to turn around and go the other way.”

Sweener shared many of the same concerns as Sevinsky, and said people have had enough.

“A gentleman that lived across the street just moved out this weekend,” he said. “He’s dying of cancer.”

Sweener said after more than 20 years, he’s moving out before the end of the month.

“They certainly have the authority to shut them down,” Sevinsky said. “They need to do it.”

Speaking from Sweener’s backyard Wednesday, Sevinsky said the proof of harm is there and that the state needs to act now.

“There is no volcano here,” he said. “This is the only source.”

A DEC spokesperson woman said in addition to state health officials, the agency continues to strictly oversee the operation.

Norlite provided a statement Wednesday afternoon. It said, in part, that it’s “working in good faith to make operational and engineering changes to address concerns about dust.”