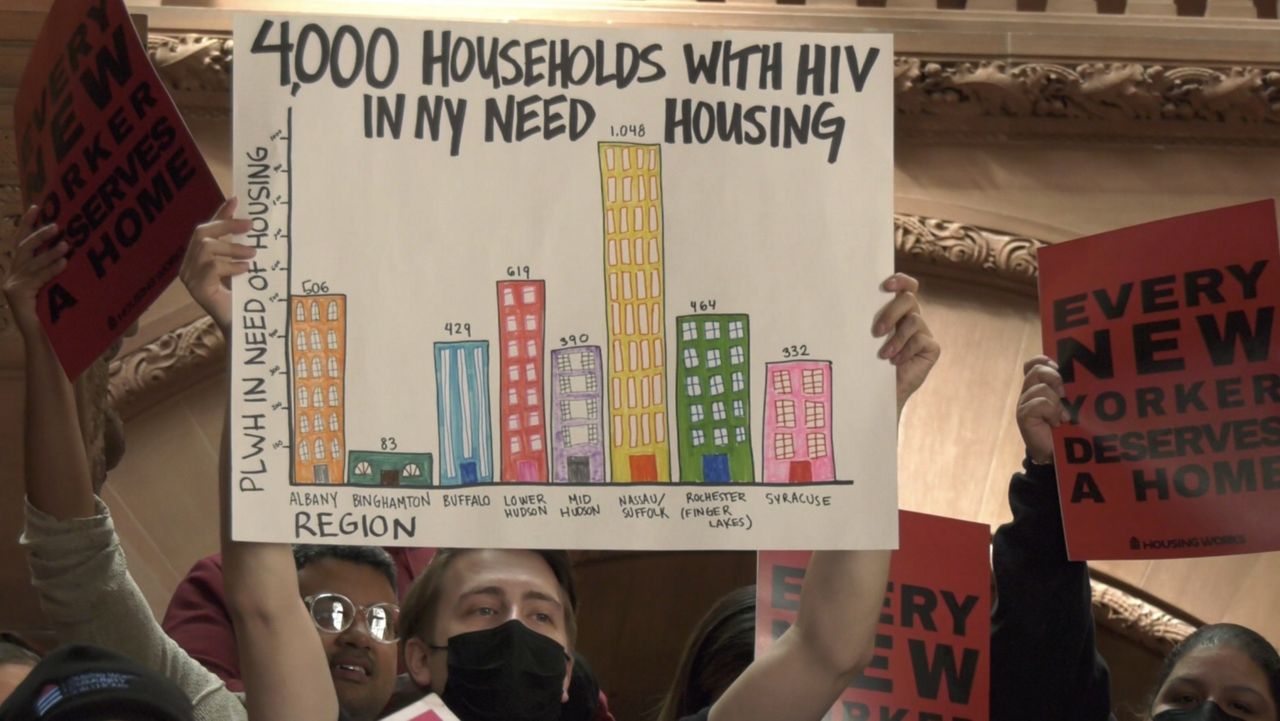 A coalition of HIV and AIDS advocates rallied at the Capitol in Albany on Monday.

“We need the same benefit all across the state,” said Housing Works CEO Charles King. “That’s what we’re calling for.”

The benefit is Point of Access to Housing and Services, or PATHS. It’s legislation that expands rental, transportation and nutritional assistance to low-income New Yorkers living with HIV or AIDS.

“If we’re going to have an end of AIDS now, the first step is to make sure we have housing,” said Assembly Member Harry Bronson (D-138th District).

Advocates said the assistance is critical to ending the epidemic as it helps ensure people living with the virus have appropriate access to their medication.

“What we know is if people who are HIV-positive are taking their medication, they become virally suppressed,” King said.

The policy former Gov. Andrew Cuomo signed off on offers no state funding, making it an optional benefit localities can offer.

Gov. Kathy Hochul’s $219 billion budget proposal does not include funding for the program. A Senate proposal includes an "enhanced shelter allowance" to expand services across upstate.

According to the group, there are more than 4,000 people living with the virus outside the city who need housing assistance.

“It’s like this invisible boundary where you have rights here and nothing there,” said Assembly Member Linda Rosenthal (D-67th District). “We’re not going to stand for that.”