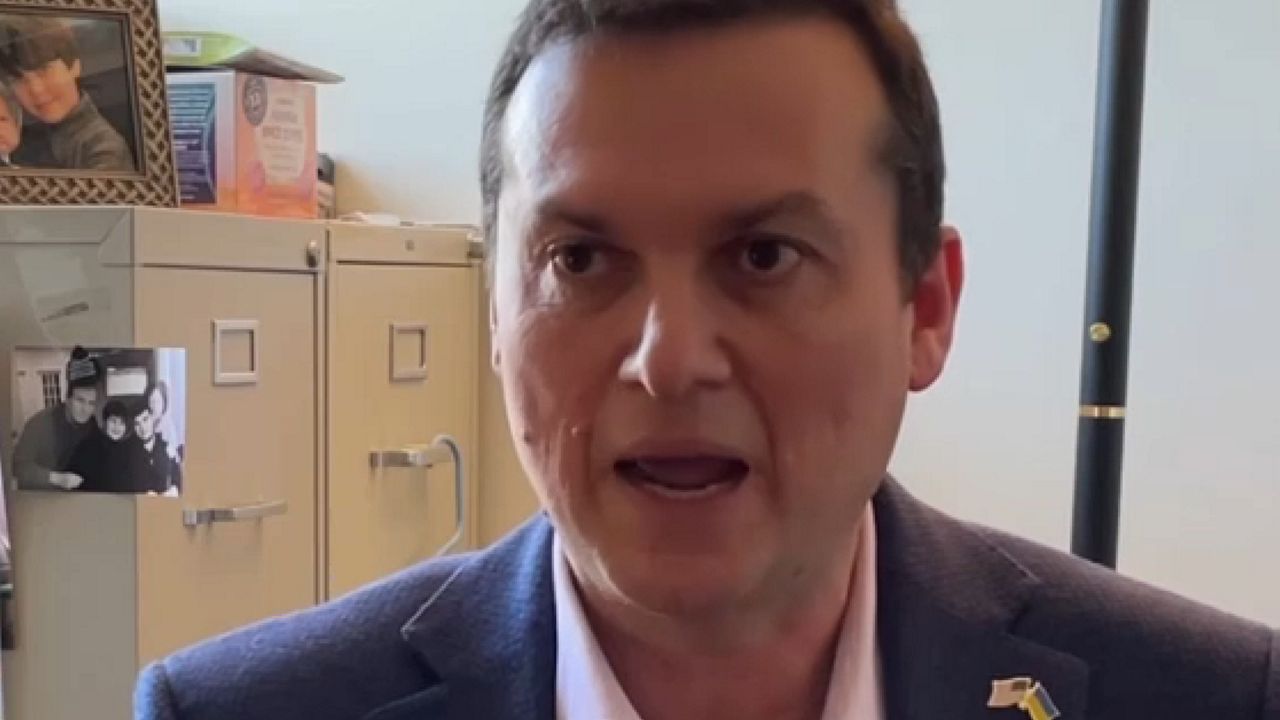 Professor, student from Ukraine exhilarated by Zelenskyy's speech to U.S.

People across the nation have had their eyes fixed on the dramatic and often shocking images coming out of Ukraine. But for one Siena College professor and one student, the war is extremely personal.

“Day and night, I’m completely immersed in this,” said Dmitry Burshteyn, a psychology professor at Siena College, from Ukraine.

The images from the Russian invasion are gut-wrenching.

“Now, when you see changes in Russian strategy, more or less indiscriminate bombardment to psychologically crush the population of the country, that, of course, is devastating,” Burshteyn said.

He may be thousands of miles away from his homeland, but he is closely watching Russia’s actions.

Fortunately, Burshteyn’s closest friends and family are not in the country, and he’s found some comfort at work, someone he can relate to.

“To me, it means a lot to have that representation on campus,” said Cristian Spariosu, a political science and economics major who comes from a Ukrainian family and has many family members in Ukraine.

“It’s kind of comforting because I’m from New York City, and I always see people from Eastern European background. And here in Albany, we don’t have that many of that background, so it’s unique,” said Spariosu, who was in New York City, taking part in several rallies in support of his homeland.

“They generate a lot of interest from people from diverse backgrounds, tourists included," he explained. "And they’re more likely to donate to organizations that use those funds to make a difference by sending medical supplies.”

The pair of Ukrainians heard President Volodymyr Zelenskyy address the U.S. Congress on Wednesday morning. They couldn't be prouder of their roots.

“To see him right and to see him take that leadership role and the courage is remarkable,” said Burshteyn.

Together, they hope the exceptional resolve Ukrainians have shown is enough to fend off Russian forces and their continued bombardment of Ukraine.

“What Putin didn’t want to do, he didn’t want Ukraine to become this entity, a legitimate country," Burshteyn said. "The opposite has happened.”