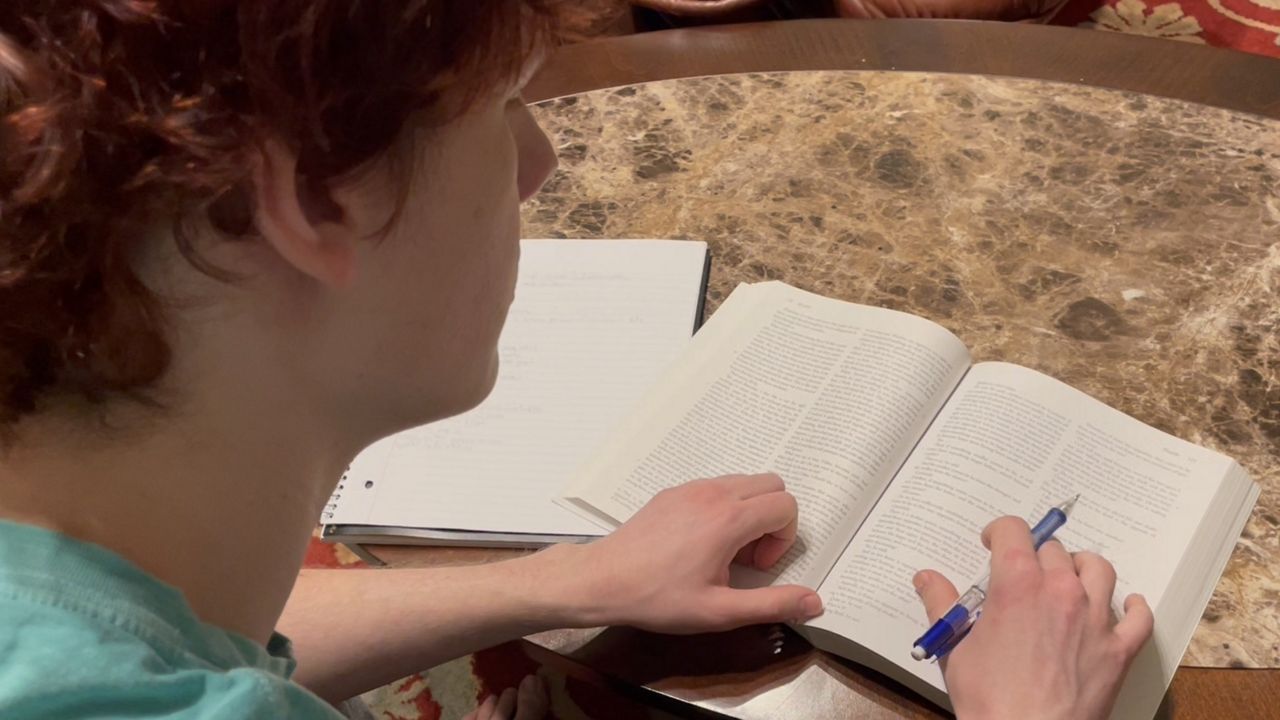 The pandemic has been difficult for all students to navigate, but what about students with learning differences like ADHD?

Like so many, Jack Ehrichs would rather play you a song than open a text book.

"I take procrastination to a whole new level,” said Ehrichs.

As if it wasn't already hard enough to concentrate for the 22-year-old psychology major, he said the pandemic has made having ADHD even more complicated.

“It was a struggle for everyone,” said Ehrichs. “I was in the second semester of my sophomore year, and I had really started to get comfortable with in-person learning.”

“I have a lot of anxiety about starting it,” said Ehrichs. “Then you get closer to the deadline, and I have more anxiety. Like, 'I really have to do this,' but it’s so scary, and then either I turn in work that I’m really not proud of and I get a poor grade, or I just don’t turn in anything and I get a terrible grade.”

The ADHD-anxiety connection Ehrichs spoke about is well known among professionals.

Dr. Andrew Kahn is a psychology and learning expert at Understood who has ADHD.

“It’s really about my brain is wired differently,” said Kahn. “I do think slightly differently, but most of it is about how to thrive and how to have a successful life, which is so much about what we’re focused on.”

“The challenge is a lot of this is about getting in the rhythm of your instruction,” said Kahn. “Individuals with a learning disabilities need a lot of structure and consistency, and we’re operating at a time where there’s periods of time where they’re not getting access, they weren’t building that momentum of being in school every day in a model that made sense to them.”

Kahn said he believes students with learning differences will get back on track, just like everyone else will. But establishing a supportive community that understands can ensure a student is on track to thrive.

“They learn and develop at a different rate than some of their peers,” said Kahn. “To ask for additional time, slow down the pace of some of the things we’re doing and to seek space for their learning and special need in that regard can make a massive difference."

Ehrichs has figured out a routine at home that works best for him. He said lately he’s learned to embrace the flexibility of online learning and he’s doing a lot better than he was at the beginning of the pandemic.

“It really takes a lot of motivation to get those asynchronous classes done, but at the same time, it’s kind of nice,” said Ehrichs. “Sometimes, you just have more wiggle room and are able to accomplish those tasks a little easier.”

He plans to graduate in December 2022, but knows it's more important to get it right than put a deadline on it.

“Sometimes, I need a little bit more time with a little less direction, and to find my own way,” said Ehrichs.