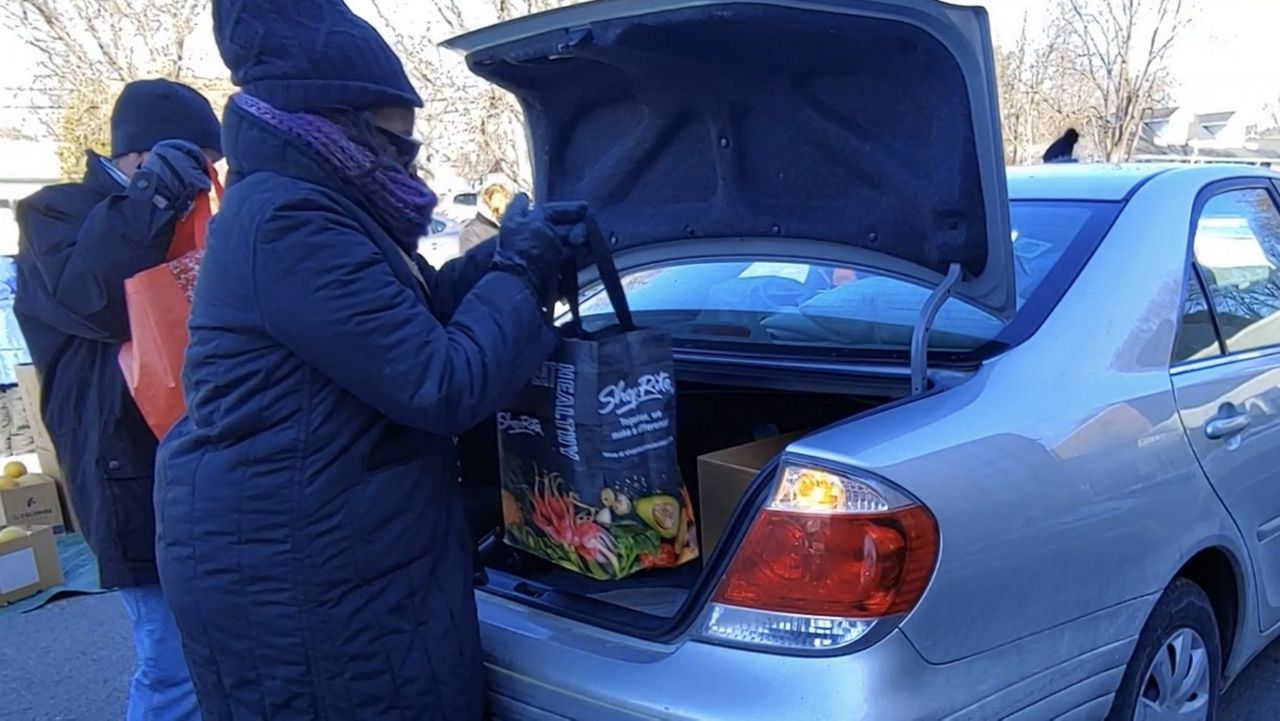 On Tuesday, Catholic Charities of the Diocese of Albany hosted its 200th drive-through food pantry since the start of the pandemic.

“I never, ever thought we would be at this number,” Catholic Charities of the Diocese of Albany Executive Director Vincent Colonno said.

It was a great achievement, if not necessarily joyous.

“As evidence today, we turned away 60 or 70 cars, and we packed for over 600,” said Sister Betsy Van Deusen, Catholic Charities of the Diocese of Albany director of community partnerships. “There is an unprecedented need.”

The organization has partnered with the Regional Food Bank of Northeastern New York, and has volunteered to distribute nearly four million pounds of food to more than 370,000 people across 14 counties.

That’s a 40% increase and a big undertaking amid a global pandemic, climbing prices and kinks in the supply chain.

“Particularly in the area of meat and proteins,” Nicol said. “That’s not because there aren’t cows, pigs and other animals out there. It's because there is a shortage of workers.”

Still, folks have been able to pick up a bag of the essentials at these drive-through food pantries, and maybe more.

“We really just don’t like giving out food. Ideally, we like to say, 'sit with us for a minute. Let us talk to you,'” Colonno said. “'What can we do? There might be some services available to you that might help you down the road.'”

With food insecurity still evident, the organization is committed to the cause moving forward.

“We don’t really have any mechanisms in our community that can accommodate 600 households in a morning,” Van Deusen said.

There are six drive-through food pantries scheduled between now and March 1.

“It’s a tough fight,” Colonno said. “But a fight we’re willing to take on.”