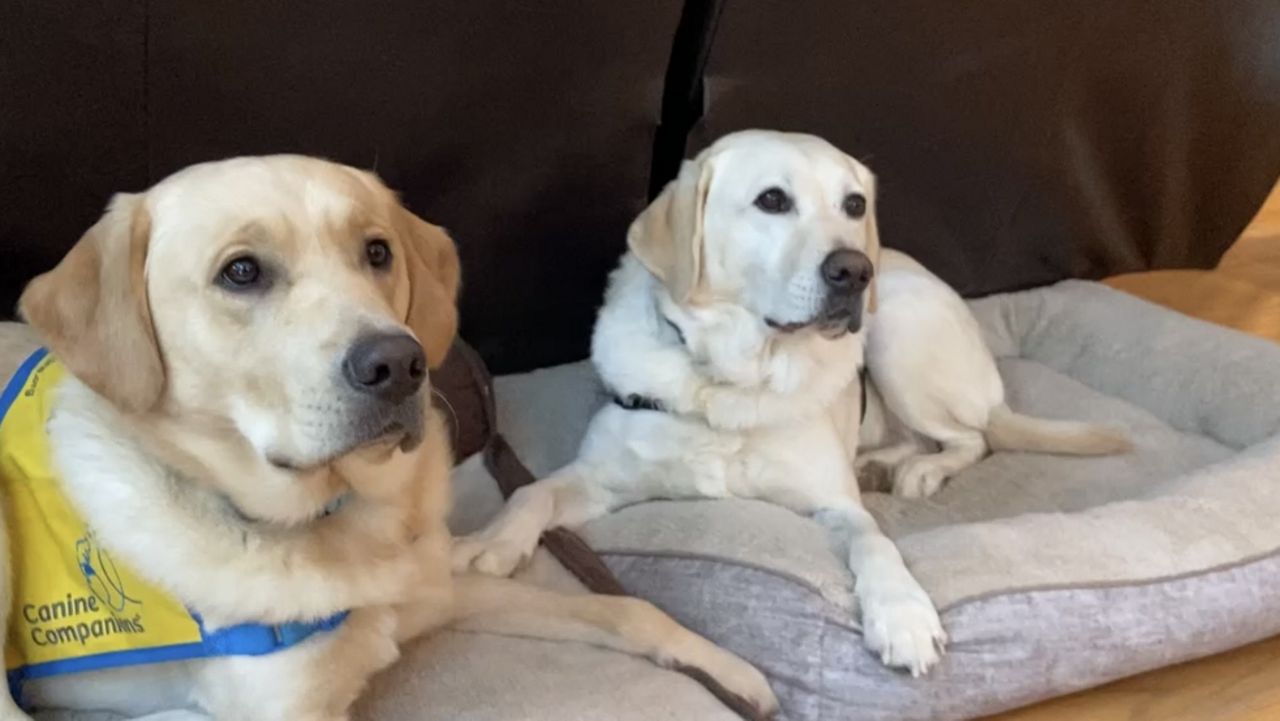 They say dogs are a man's best friend and for Will Gibney and his dog Toshi, that rings very true.

Toshi is Gibney's service dog that was given to him at no cost from Canine Companions, a national organization that has given out over 5,000 service dogs to people with disabilities since 1975.

“The disabilities (I have) are called PANDAS and PANS. They make me act certain ways. For instance, when I get like throw up and have a sore throat, my mind becomes inflamed and my behavior becomes bad,” Gibney said.

Instead of having an immune system to fight off infections, his brain swells, which causes intense tics and behavioral issues.

That's where Toshi steps in.

When Gibney becomes over-stimulated or anxious, Toshi is right beside him.

“I’m his caretaker, but he also takes care of me. My relationship with Toshi, he is one of my family members. He is a great friend. He has always been there. He helps me out a lot, and he also helps the family out a lot,” Gibney said.

He was referring to the puppies that Toshi assists. As a way of giving back to Canine Companions, the Gibney family raises puppies for the organization before they are matched with others who need service dogs.

“For us, it was a promise to give back for the gift that we received in Toshi. Having raised a puppy that went on to match and graduate was completely thrilling for us,” said Dr. Laura Assaf, Gibney's mother.

Raising puppies isn’t the only thing the family is doing for the organization. With his mom’s help, Gibney wrote a children’s book, “My Boy, Will.”

The book tells the story of how the dynamic duo came to be.

“Toshi was life-changing for me. I wanted to share my experience with others. Another reason is to raise awareness of my condition, PANDAS AND PANS, and to give people a better understanding. So more research can be done,” Gibney said.

The book has so far raised over $6,000. All proceeds will be donated to Canine Companions.