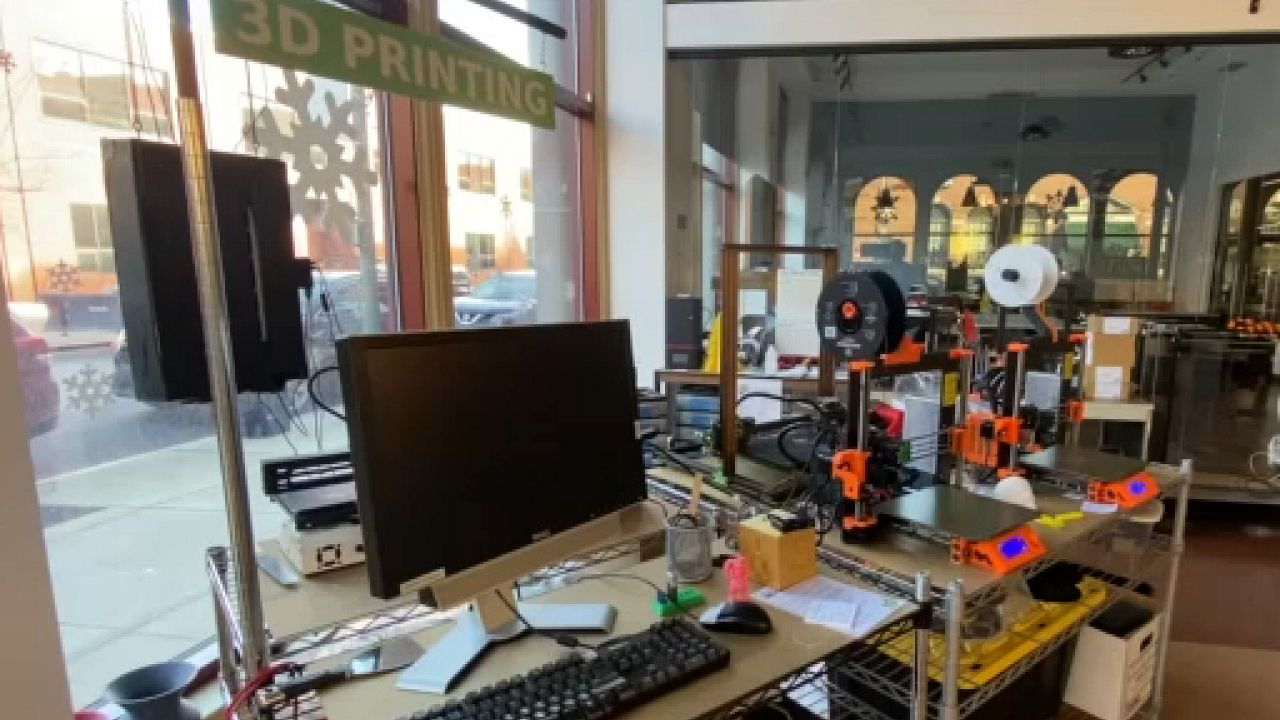 Innovative business incubator in Troy to expand with new funding

The Tech Valley Center of Gravity, a nonprofit based in Troy, helps entrepreneurs establish their businesses.

After getting a few things in the right place and making the proper adjustments, Brandon Gamm was able to turn what would normally be a fairly complex process into something quick and simple.

“I can do maybe a dozen of these in an hour,” said Gamm, Prixel inventor and CEO, while using a mold machine.

With the use of a high-tech vacuum former machine, Gamm made plastic packaging trays for his product, Prixel.

“They’re printing pixels, that’s where the name comes from," Gamm said. "They’re the equivalent of movable type. They’re the same stuff that Gutenberg used, or that is kind of experiencing a little renaissance right now with letterpress printing.”

Along with the tray, Gamm designed and built nearly all of Prixel’s components at the Tech Valley Center of Gravity in Troy. He says access to the center’s makerspace and equipment, which is open to the public for a fee, has allowed him to design and tinker with a prototype without having to invest large sums of money in his own tools.

The center of gravity also runs a business incubator program, which provides entrepreneurs like Gamm guidance from established mentors.

“That’s really beneficial when you don’t have a huge engineering team to go ask questions to," Tech Valley Center of Gravity Interim Executive Director Dan Falkenstrom said. "You can ask our technically minded community to help solve all the little problems that might come up.”

Falkenstrom said since the incubator program was launched, about a dozen businesses have gotten off their feet.

Late last month, when the New York Economic Development Council awards were announced, the Center of Gravity learned they would receive a $625,000 grant to expand the incubator program.

“This is just going to allow us to grow even further, to expand the program and to increase the amount of services we have available to hardware startups,” Falkenstrom said.

Since finishing his prototype, Gamm has begun selling Prixel kits online. He said he’s already been inundated with photos of the designs customers have made with the kits, which allow them to quickly stamp the images on greeting cards and other forms of art.

“That’s the best part," Falkenstrom said. "I’ve enjoyed engineering this thing, but the best part is seeing kids use it.”

Based off his early success, Gamm says he’s ready to start investing in his own equipment and take his business to the next level.

“Being able to come here, make stuff, get feedback from everyone else and the people in the manufacturing incubator, it’s moved the process forward more in a year than the previous 10 years,” Gamm said.