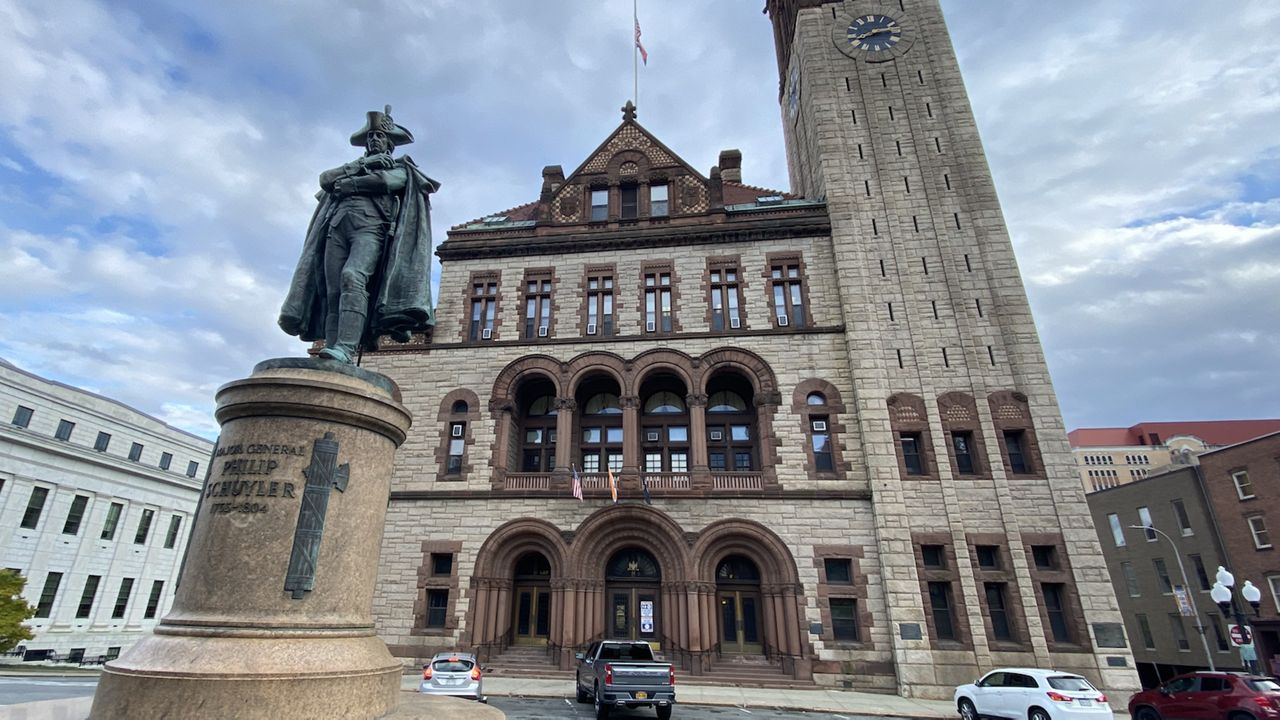 The school day had wrapped up less than a half hour before but Franz Gopaulsing and his peers were only getting started on their discussion about one of the more well-known and, now, controversial figures in Albany history.

“Some were servants, but it was mostly enslaved people that did most of the work,” Gopaulsing told the group about his visit to the historic Schuyler Mansion over the summer. “They are kind of shown as heroes and stuff, but when you actually go in the mansion and take the tour, you see that they actually had a lot of slaves.”

The sophomore is a member of Albany High School’s Young Abolitionists Leadership Institute, which is discussing and debating the legacy of Philip Schuyler during their weekly after-school sessions this fall.


“It changed my view on him because I thought, if this guy got a statue, he must’ve been someone who was perfect, he never did something bad in his life,” Gopaulsing said.

More specifically, the students are exploring what to do with the statue of Schuyler that has stood in front of City Hall for decades.

It became a controversial symbol earlier this year, when it came to light the Revolutionary War general owned and housed slaves at his Albany mansion.

“It wasn’t shocking,” said senior Junique Huggins, who’s been part of the group for the past few years. “I mean, it’s known that back in that time for a white man to have slaves, so it wasn’t something that was shocking to me.”

During their own breakaway discussion, Huggins and sophomore FranZhane Gopaulsing, Franz's twin sister, agreed getting to discuss the topic more in depth is enlightening.

“It’s interesting to see everybody have different perspectives on the statue, or even Philip Schuyler himself, and to learn more about it,” Huggins said.

“I didn’t get taught about Phillip Schuyler in school, so to learn it here was really good,” FranZhane Gopaulsing said.

The program is overseen by Mary Liz Stewart, the co-founder and executive director of the local Underground Railroad Education Center.

“This program is intended to create an environment in which teens can learn history that they are not learning in school and look at it from a social justice perspective, relating that history to themselves today,” Stewart said.

By digging deeper into local topics like the Schuyler debate and more global social justice discussions like the death of George Floyd, Stewart says the students are learning how to affect change in their own community.

“I want you to think back to the protests that have been going on, especially since George Floyd’s murder,” Stewart said during the group discussion. “Think about what you picked up across the airwaves and in news reports related to statues.”

“I became more interested in it after George Floyd’s death because there was a whole protest and everything that sparked up after his death,” FranZhane Gopaulsing said.

The group will eventually make up a report that city leaders will consider when deciding what to do with the statue.

“It feels kind of cool because it feels like we are being heard and that we are kind of important,” Franz Gopaulsing said.

Only a couple weeks into the program, most in the group have yet to make up their mind, but they’re already debating a number of alternatives.

“We should have the together hands that would show, like, unity of people of color and other races coming together as one,” Huggins proposed during her discussion with FranZhane Gopaulsing.

Regardless of the outcome, group members say the discussions definitely have them thinking about the issue and their own experiences in a whole new light.

“It’s sort of got me thinking about which historical things are celebrated and do they really need to be celebrated?” Franz Gopaulsing said.

“It feels good to leave a positive impact and even bring change into the city itself, it actually feels good,” Huggins said.