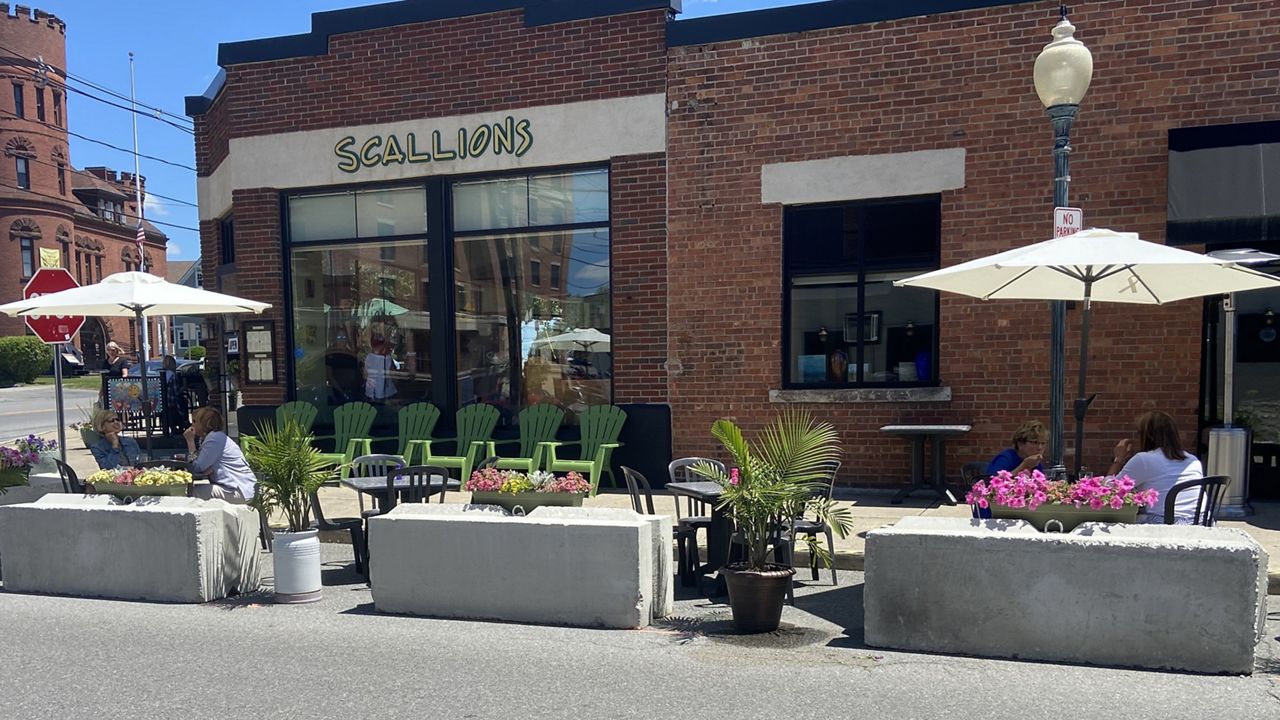 Ambiance is a key ingredient for any evening out, and you might not think sidewalk seating would do the trick.

But Saratoga Springs businesses like the Henry Street Taproom are proving that wrong with their extended curbside seating — something allowed by the city to help local eateries survive the pandemic.

“It’s been one of the only things that’s been a positive of all this, is that we’ve had this opportunity to seat people outside, where they feel comfortable, or people can space out and the breeze is around them, sort of enjoy themselves and enjoy some outside time, so it’s been, you know, unspeakably helpful,” says Ryan McFadden, owner of Henry Street Taproom and Flatbread Social.

“Just seeing people outside in Saratoga, it gives it some liveliness, some vibrancy, especially right now. That’s something everybody needs and wants,” McFadden said.

"Even without the pandemic, it would be helpful to us,” McFadden said.

He said between his two restaurants, the expanded outdoor dining adds around 20 tables.

After a year of capacity limits and curfews, especially now that to-go alcohol services have ended, local businesses need all the revenue they can get.

“That’s slowed a little bit, but we do still sell them and any little bit helps, so losing that, it’s just another little benefit that we’ve gotten that’s going away,” McFadden said.