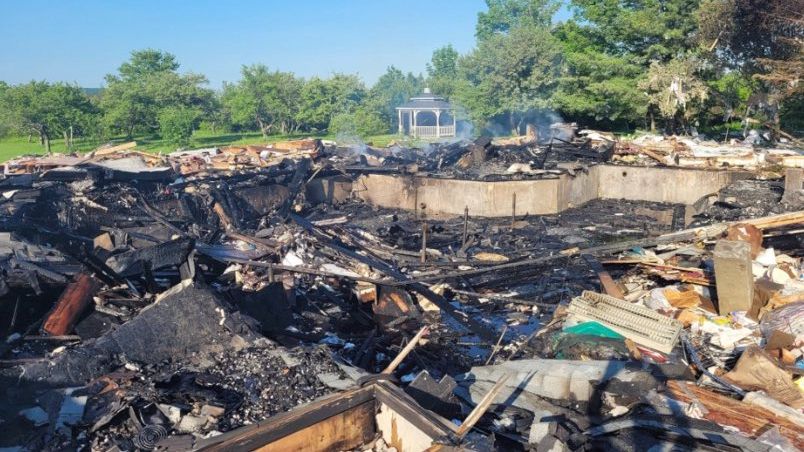 Two people are dead following an explosion in Berne Friday night, according to the Albany County Sheriff’s Office. The victims have been identified as 83-year-old Victor Porlier and 72-year-old Lois Porlier.

The victims are 83 year old Victor Porlier and 72 year old Lois Porlier. Per @CraigDApplesr it appeared Lois was in bed at the time. The home was for sale. Investigators are still working on the cause of the explosion.

When they got there, they say a house was engulfed in flames.

That house, which was on sale, has since fully collapsed.

“We mourn with you” families of recent shooting victims are joining local activists and organizations for the Capital Region Stop The Violence Unity March happening now at Swinburne Park. #Albany @SpecNews1Albany pic.twitter.com/bLACZ7LWQU

"We arrived the house was completely decimated," said Albany County Sheriff Craig Apple. "No walls, nothing, fully involved coming from the basement up."

There is no word yet on what caused the explosion.

This is a developing story. Stay tuned to Spectrum News 1 for updates.