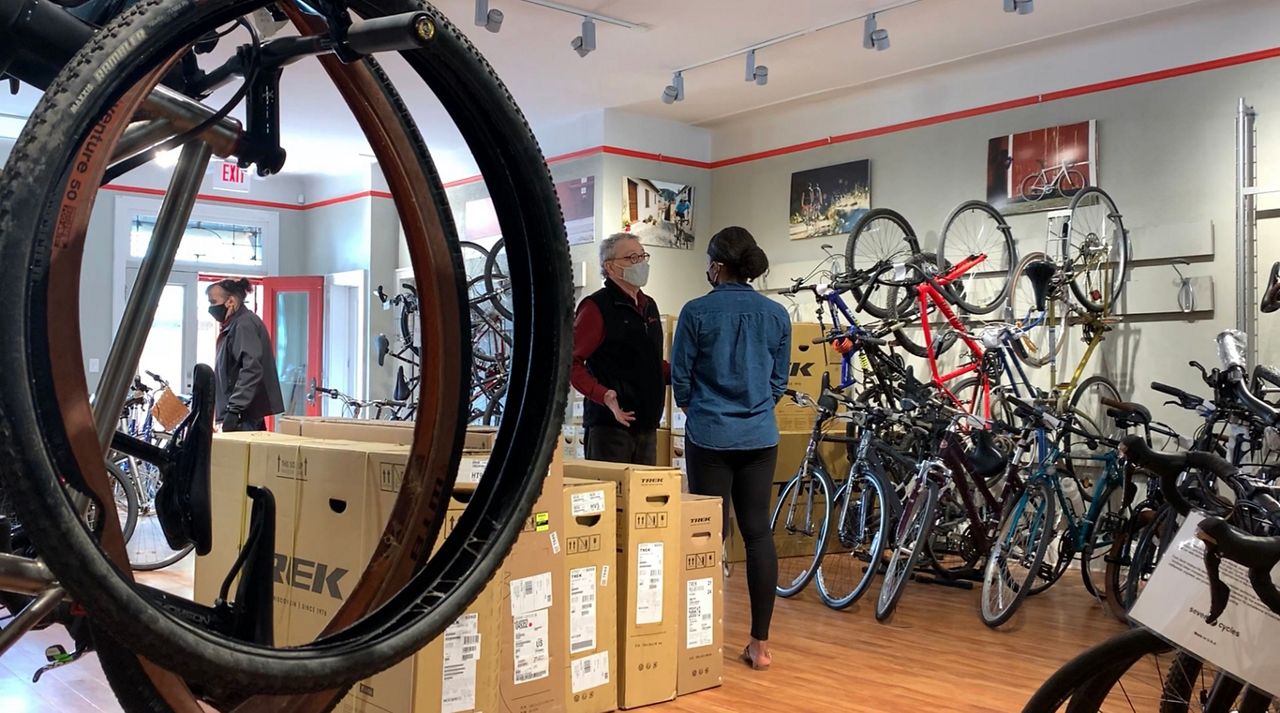 People have turned to the outdoors in great numbers due to COVID-19, which has led to an enormous demand for recreational equipment, including bicycles.

Fullem opened the shop in Albany 50 years ago.

“It was very difficult to get bikes and when you did, they sold right out,” he said. “That was the '70s bike boom.”

Now the team at Downtube is experiencing another boom thanks to the pandemic. But there are few bikes to be had.

“They sold all of the bikes out of their warehouses and they couldn’t get ready replacements,” he said. “Now they’re getting replacements, but they don’t have full warehouses."

Fullem says most of the bikes he receives are sold before they arrive.

Not only is the retail side of this industry booming, but there is also an enormous demand for repairs. A showroom that is typically full of new bikes is overwhelmed by bikes waiting to be fixed.

Fullem says if there is one positive from the past year, it's that people are trying new things.