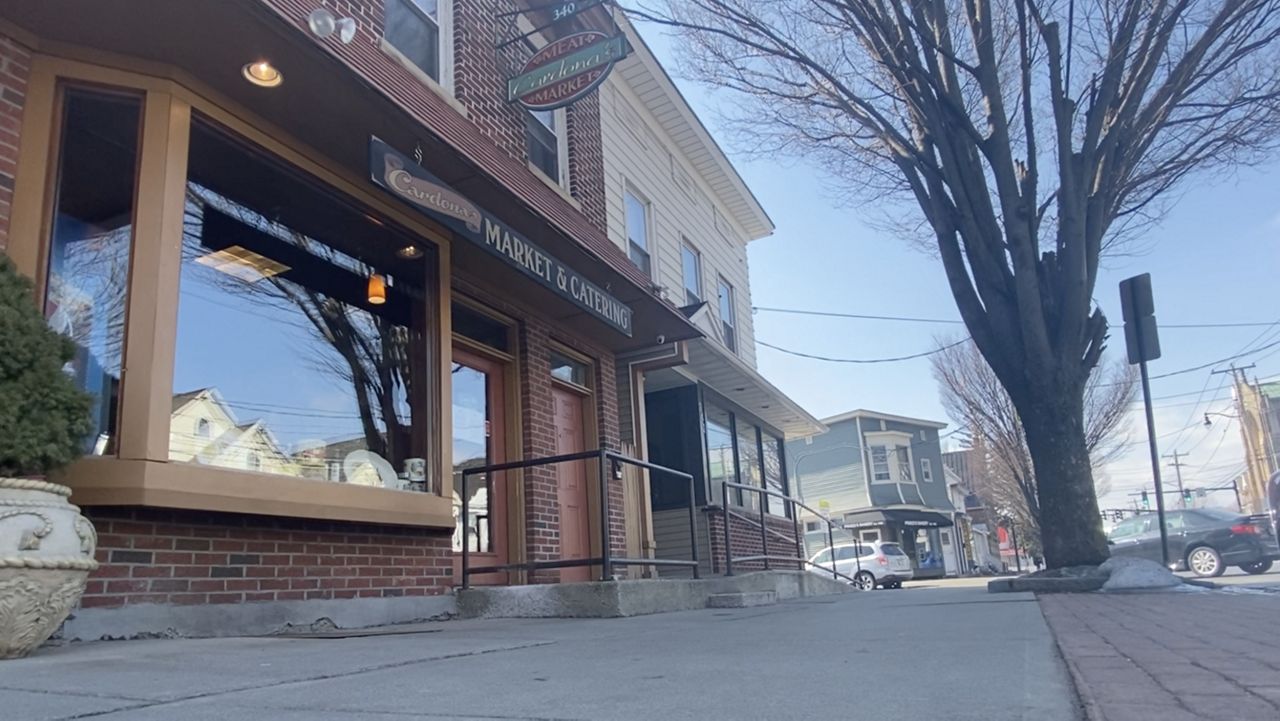 At Cardona‘s Italian market, most things begin and end with the sauce.

“You could have a delicious piece of steak or a delicious meatball, but if you have a bad sauce, it’s going to ruin it at the end,” said Robert Cardona Jr., whose family owns the market.

The sauce is crafted with a specially chosen blend of vegetables including onions, garlic, and carrots, and gets finished with a secret seasoning.

“It is kind of like the colonel’s 11 herbs and spices,” Cardona joked. “Nobody knows what they are, but this is it.”

Cardona is keeping alive the same marinara recipe his grandparents perfected many, many years ago.

“What my grandfather and grandmother did with all of their recipes, it wasn’t quick, it was a process,” he said. “It was about developing flavors.”

Robert and his three siblings learned those techniques working in the market as kids, often after school or sporting events.

“We would have to break down all of the meat equipment, the grinders, sweep the floors, mop the floors,” said Cardona, describing a typical Saturday morning after football practice. “Everybody else was relaxing after our football games, and we were over here working.”

It seems being useful at an early age is another tradition passed from generation to generation of Cardonas.

“Most of the time, you were bad, you had to go to work, so it was a good deterrent,” said Robert Cardona Sr., the patriarch of the family. When it was just a grocery and butcher shop, he was put to work by his folks.

“My father would run around Besch Avenue, that’s where we lived off of Delaware Avenue, to find me to bring me down to work to keep me out of trouble,” he said.

Robert Cardona Sr. opened Cardona’s current Delaware Avenue location in 1978, and remains a driving force of the business, even though he claims he’s taking a step back.

“Believe it or not, it is a lot better now,” he said. "We are still putting 70 hours in, but I remember days where I wasn’t even home. Eleven o’clock at night, I was still here.”

“My father is the hardest working man I have ever met in my life,” Robert Cardona Jr. said.

After celebrating its 75th anniversary, Cardona's Market has officially been passed on to the next generation. Robert Cardona Jr. and his two brothers are now in charge.

August Cardona, one of the three brothers, owns a number of successful restaurants in New York City, and is now helping to carry on his family’s legacy from afar.

Despite being around for three-quarters of a century, new customers like Amy Williams are still discovering Cardona’s for the first time.

“I’m very excited to try the meatballs,” said Williams, who lives in Rotterdam. “The atmosphere is great and the customer service was excellent, so I am very happy.”

It is new faces like Williams’ that Robert Cardona Jr. says inspire him to make sure his family’s recipes keep getting passed down.

“You think everybody knows your food, so it’s very humbling when people all over the Capital Region don’t even know about us,” he said. “That just kind of makes you want to work harder to bring the food to the people who haven’t had it yet.”