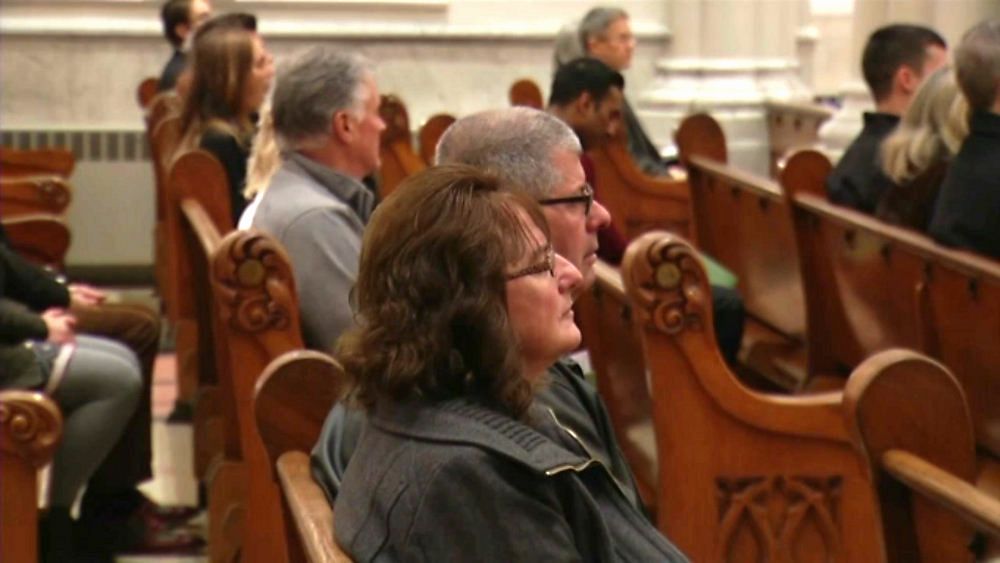 By Maura Christie and Jeannie McBride City of Buffalo
SHARE

The long-awaited decision for Bishop Richard Malone to resign was welcomed by many Catholics who accused him of covering up for priests and mishandling the sex abuse crisis.

Parishioners that attended the 8:30 mass at St. Joseph University Parish said that the mood didn’t feel all too different this morning, but there is a weight lifted now.

Many felt that the only way the Buffalo Catholic Diocese could move forward from the ongoing issue of lack of trust and transparency was if Malone resigned, and knew this day would ultimately come to fruition.

Parishioner Mark Edson said he’s glad the diocese will be able to now move forward and heal, and believes the church will recover over time by keeping the faith, similar to the message Wednesday morning in mass.

“The homily did mention the fact that we have been continuing to struggle and it is our faith that is continuing to help us during this period of time and that we’ll continue in the process of healing which will begin now,” he said.

"I don’t wish him ill. I pray for him every day, but there’s no effective leadership, no transparency, and no accountability," said another parishioner, Joyce Persico.

Persico, who goes to St. Joseph's in Buffalo, says her Christian faith hasn't swayed, but her donations to the Buffalo Catholic Diocese have stopped.

"Since I found out that these funds are not being used for which they are intended, in other words they are used to paying legal fees, hire FBI agents on the staff, I immediately sent a letter to the bishop saying I could no longer contribute to these funds," said Persico.

Members of the Movement to Restore Trust are feeling similar today. The group’s mission started back in October 2018 with the goal of finding recommendations for the diocese on how they could restore that trust.

One of the organizers, Canisius College President John Hurley, said while this was a step that needed to be taken, it will take time for the diocese to rebuild.

“I think a lot of Catholics are going to think there was an obstacle to even starting to move forward, and at least that obstacle has been removed,” Hurley said. “There are many steps in the process, the first is the appointment of a new bishop and that could take a while.”

Hurley said after hearing the message from Albany Bishop Edward Scharfenberger, who has been named apostolic administrator of the Buffalo Diocese, he’s hopeful for a clean slate.

The Movement to Restore Trust is hosting a symposium at the Montante Cultural Center at Canisius College on Saturday Dec. 7, from 9-11 a.m., to which the public is invited.