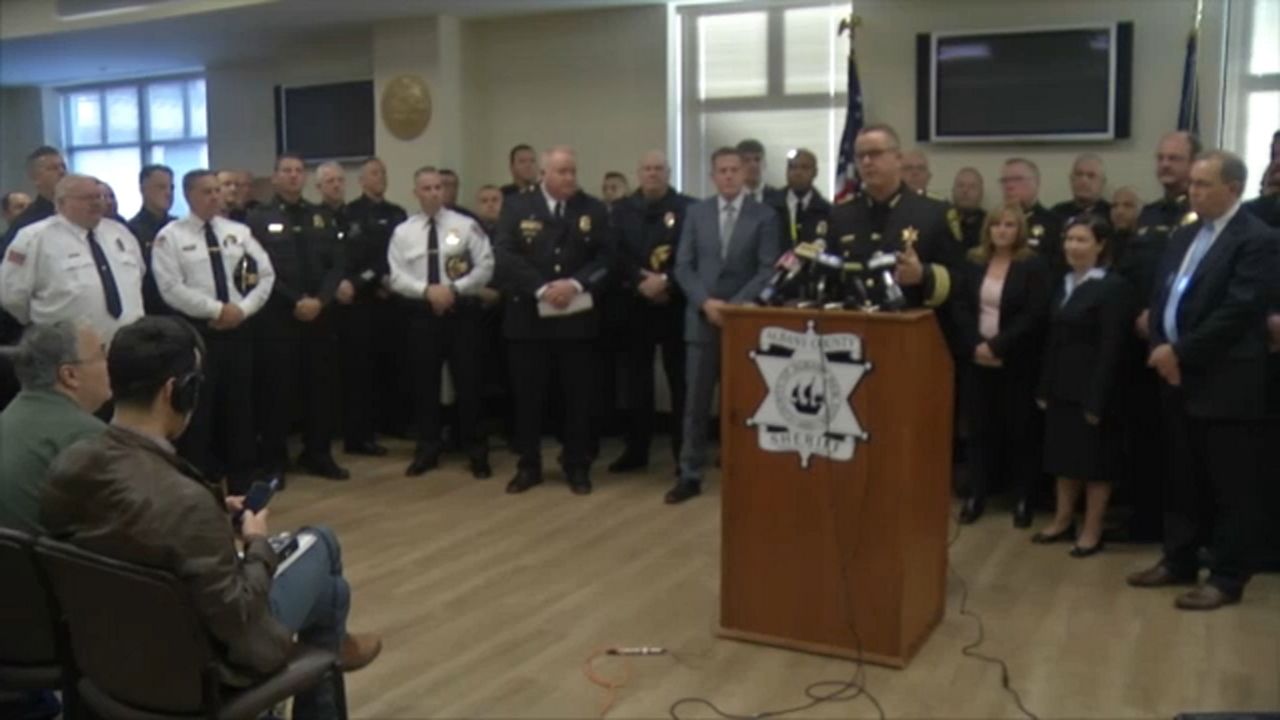 Flanked by more than 50 law enforcement leaders from nearly every agency in the Capital Region, and some from as far away as the Canadian border, Albany County Sheriff Craig Apple lends his voice to a chorus of opposition against upcoming changes to New York bail and discovery laws.

"We are not fear mongers. We want people to know what’s going on in communities," Apple said. "This is going to jeopardize public safety, short, and sweet."

The press conference at the Albany County Court House was one of eight hosted by sheriffs, police chiefs, and prosecutors across the state Thursday.

"To have this group in a united front should send a clear message to our state government," said Greece Police Chief Patrick Phelan.

The bail reform package that takes effect January 1 adds more than 400 so-called low-level crimes to a list, that will result in defendants being released and not sent to jail after their arrest.

"These laws that were enacted and slipped into the budget do not rep common sense," Phelan said, who serves as president of the New York State Association of Police Chiefs.

While it was designed to reduce jail populations and provide more fairness in the criminal justice system, law enforcement officials fear it will result in more dangerous people on the street.

The new discovery laws tighten the time prosecutors have to gather and share evidence with defense attorneys to just 15 days after arraignment. It will also allow defendants to know the names and addresses of all witnesses of the alleged crime.

“We carefully considered the views of law enforcement to ensure we enacted balanced reforms that were long overdue and will bring greater fairness to New York’s criminal justice system,” Conwall said.

Apple and his colleagues believe it will have unintended consequences.

"We understand there needs to be overhaul, what we’re asking is state to slow down, just the breaks on it a little bit, maybe do a reboot," Apple said.